It has been a very creative week for the guys of Fever 333. The group wrote, recorded and released a new song in the span of 24 hours, with the finished track making its way to listeners on March 3.

The product of that session is “Presence Is Strength,” an urgent hard rock track inspired by the “Super Tuesday” grouping of primaries that saw 14 states go to the polls to choose who they wanted as the next presidential candidate.

“I’ve been working as hard as possible on being as creative, inspired, artistically courageous and as efficient as possible,” wrote Butler in an Instagram post Wednesday announcing the track. “Yesterday I released two tracks I had a hand in making (solo + @fever333)- one of them was written recorded mixed mastered and released in 24 hours.”

As mentioned, Butler didn’t stop at just one song this week. In addition to “Presence Is Strength,” he released a solo track titled “Bulletproof” on Monday. A rap track with a classic beat and menacing tone, the song talks about how no one is exempt from the injustices of society.

“Due to the process, I feel they were more than just music,” Butler’s statement continues, turning the song’s existence into a cultural soapbox. “I feel they exhibit the capabilities we have and what we can achieve even when it seems like something we can’t or even something we “shouldn’t”. The only way I could have accomplished getting these tracks out was to believe I could and that I should. So that’s what I did.”

“I guess what I’m trying to say is- please do not allow these limiting constructs that have been put in place new you from at least fuckin trying to make shit happen. Create. Attempt. Dare. Risk. Whatever- we can do a lot more than they’ve led us to believe. Let’s do it. Whatever it is.⁣”

Fever 333 released their debut full-length, ‘Strength in Numb333rs,’ in January 2019. Stand-alone singles “Kingdom” and “Vandals” followed not far behind. 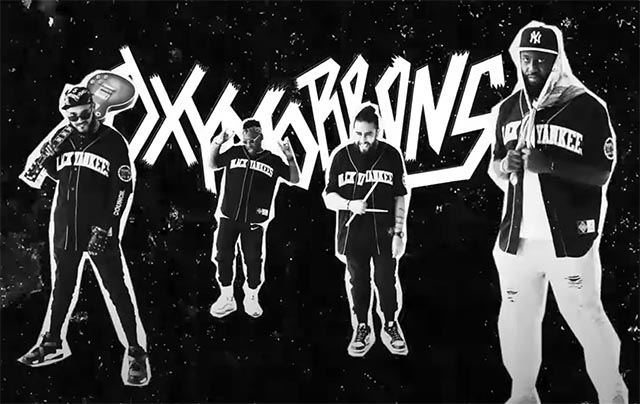