Though they’re banned from playing the House of Blues on their current tour with legendary guitarist Marty Friedman, the fine gentlemen in Exmortus have released a new song from an upcoming 7″ release. It’s limited to just 300 copies (pre-order one here), and includes a cover of Yngwie Malmsteen’s “As Above, So Below,” so you know it’s going to shred.

The new “For The Horde” lyric video is a taste of the new Exmortus album, which was recorded this past summer with Zack Ohren (who produced Son of Aurelius, All Shall Perish, Brain Drill), and features new bassist Michael Cosio (formerly of Abysmal Dawn).

The new album is still unnamed, but we know it’s expected to come out sometime in January of 2016, their first new album since Slave To The Sword which came out in 2014. Check out the song (below), and be sure to catch Exmortus opening for Marty Friedman on tour. 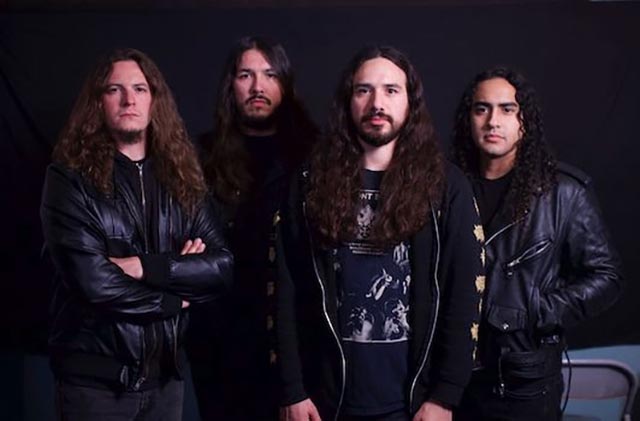