As many Tool fans are already aware, Tool will be celebrating the 21st anniversary of their debut EP Opiate by re-releasing a deluxe edition of the EP this coming Tuesday. It’s limited to 5,000 copies, making it a highly collectible item that will likely sell out in seconds. However, five of those that pick it up will get something even more special. Five copies of the reissue will come with a certificate called the “Seal of Xatanitos,” What does the seal do? Your guess is as good as ours, as the prize will only be revealed to the winners.

Why do a golden ticket-like promotion for a limited edition release that’s highly collectible in the first place? Why not? They’re Tool, they can do whatever the hell they want. Like take over seven years to come out with a follow-up album, for example. Guitarist Adam Jones spoke to Spin earlier today about the reissue, and how Tool have changed in the years since their first release:

We’re older guys now. The band has changed drastically. We’re very distant people now and have our own lives. It’s always been like that. It’s been a collective perspective even from the start, but now it’s much more diverse. And I’m not saying that’s bad. It’s just different. So writing is a different perspective now. It’s taken a little longer. And besides that, we’ve had a couple major setbacks that we’re recovering from. I’m calling March “March Madness” because I’ve been really trying to kick ass and focus on this thing and get it to a point where we’re all happy. I really love those guys. And people grow and they change; it’s just like a relationship. You just have to compromise and respect each other. It’s just like life. It’s like anything else. That’s where it’s at.

At least he admits that they’re finally focusing on finishing the record. There’s no word as to what the “major setbacks” were that have slowed Tool down, but at least, according to Jones, on the way to finally putting new music out.

Categorised in: Metal on Metal, Reissues 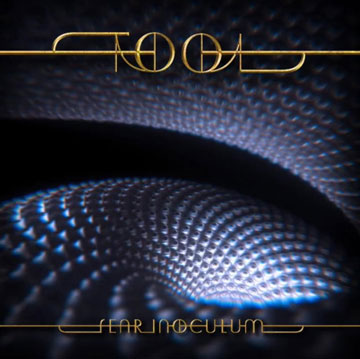