While Avatar’s fifth album, Hail the Apocalypse, is coming out May 13th, to many Americans, it’s only their second. 2012’s Black Waltz was the first album to come out stateside, but the Swedish band has been together since 2001. Their last album also found the band playing America for the first time, touring with the likes of Sevendust, Lacuna Coil, Avenged Sevenfold and Five Finger Death Punch. We caught up with vocalist Johannes Eckerstrom to discuss the band’s theatrical presentation, how America was compared to their preconceived notion of it and a small indie film by James Cameron.

How is Hail the Apoclaypse different from your American debut, 2012’s Black Waltz?

Well the main change that affected this album most of all was that we decided to record it live. We actually went down to Thailand to do this one and it was on the flight over that we watched this documentary that Dave Grohl did about Sound City Studios where Nirvana had recorded, have you seen it?

Yeah it’s really amazing we were sitting there enjoying all those complimentary beers and watching that one and just decided that if all these people do it then so can we and we just ran with that it was very much a last minute decision but it made all the difference for the album it really brings a whole other vibe when musicians sit in a room and look at each other instead of their feet while playing.

Yeah it’s fantastic  how long did it take you to actually record the album?

Well we spent about a month there in Thailand with very very few days off around four weeks.

Did it take as long as your previous albums?

They both actually went relatively quick which I love. I mean I love writing the songs, I love doing the demos and getting that part right and getting that part out of the production cycle. I really enjoy when it comes out and you get to perform the songs. But the studio is, no matter how much I love the end result, especially this time, is still to me a necessary evil. I’m a capturing lightning in a bottle kind of person so I want that lightning to show up as quickly as possible so that I can move on.

Yeah, it’s definitely stressful in a studio where every mistake costs money.

We put extra pressure on ourselves. At the end of the recording process, we found out that we had a tour and immediately after we came home we were going on tour with Avenged Sevenfold and Five Finger Death Punch in Europe. It had to be done in time, there was no more time to buy. But it kept us focused, and since it was done live, it became a more human album. I think it was healthy to be a bit under pressure and not have time to overwork things.

Is this only your second album to come out in America?

Second out in America and fifth overall.

How important is the American market to you?

It feels very important. Things are going well here, and people have welcomed up with open arms, both the people that we work with and the audiences. We gained great momentum here very quickly, and last year we were touring here with Sevendust and Lacuna Coil, and it was our first visit here but it really blew our minds and people had the great taste to show up for the opening bands so it has become important to us because it has been so good to us.

We’re all huge South Park fans and the jokes are always funny, and you know enough to get it, but really their satire comes from the society that they live in and stuff became very recognizable.

Oh now I have to think. All this funny stuff, like the ‘lets sue each other; mentality that’s around. Also, the radio commercials where at the end of them, all of the small print stuff that they read really fast and all that, that was really something. I’m a Swedish redneck, I’m overwhelmed by all the car driving going on and all these brands everywhere that suddenly became real and not just something they made fun of on South Park.

How would you say this album was different from Black Waltz, aside from recording it live?

In a way, it’s almost a cliché to say that this time we are putting out both our most brutal and heavy tracks,  but also the most dynamic and different stuff. Since Black Waltz, we finally found a path for us to walk down artistically we finally have this deep well to dig from and with this one we just kept on exploring all these possibilities that’s what Black Waltz gave us, a deeper more profound trip now.

How stable has the band’s lineup been?

Just one guy, Simon Anderson, quit the band two and a half years ago. We were all high school friends when we met and started to play together, but this guy seemed to think it would be more awesome to be Dilbert then to be Lemmy, so he cut his hair, got a short sleeve shirt, and moved to Stockholm. All jokes aside, were still friends very much so, and whenever we’re in town we invite him and we hang out there’s only love and respect. He wanted something different from life than what a band would offer, so he left. The guy who joined, Tim Ohrstrom, is a guy we’ve known for many many many years, so he’s been a part of the community around us for so long,  it was a given choice and it’s like he’s been with us for ten years already.

Has your sound pretty much stayed the same since the beginning, given that America hasn’t heard the first few albums?

The common ground that we found between each other in the beginning was that we all were very much into brutal technical death metal and the more melodic vein of death metal that you find in the Gothenberg sound, so on its pretty much where we started to learn to play while playing with each other in the band. It wasn’t really brutal technical stuff to begin with and that is also what we put out on the two first albums that we did in our late teens/ early twenties they were intense melodic technical death metal stuff but then we felt a bit stuck in the tracks in the second album so in the third one we really started to revolt against ourselves and put in way more rock n’ roll influences and started to experiment more of an arena sound blended, which then in turn led up to where we are today. We truly returned to our metal roots and that brought a whole lot more groove into it than what we had before.

I know you’re very theatrical, how important is the image to the band?

I’m sure you get asked this every interview, how much did the movie Avatar piss you off?

A lot actually (laughs). I thought it would be a bigger problem than it was when it happened. Actually we heard about it pretty early in our career that it was going to happen, and it would take a bunch of years but it was going to happen. Our drummer Johnny sent an email to Hollywood to see if they wanted to buy our domain name for some Hollywood budget money, but that never happened (laughs). I mean it bothers me, but it only really comes up in a conversation like this because people are curious about it. There’s less confusion on it than you’d think because if our name is on the cover of a metal magazine or being mentioned on a radio show or whatever then it’s clearly not about the movie. If people wanted to Google us, they would have to write “Avatar metal” or “Avatar band” and it’s not much worse than that. I think that we are so much better than that movie anyway, but in the long term, I hope we will get to this point where people think about us first and the movie second.

Maybe you’ll make as much money as it.

That’s questionable. The movie and music business are quite different. I was also hoping to get sued so that we could name our band Titanic or Terminator 2 or something. 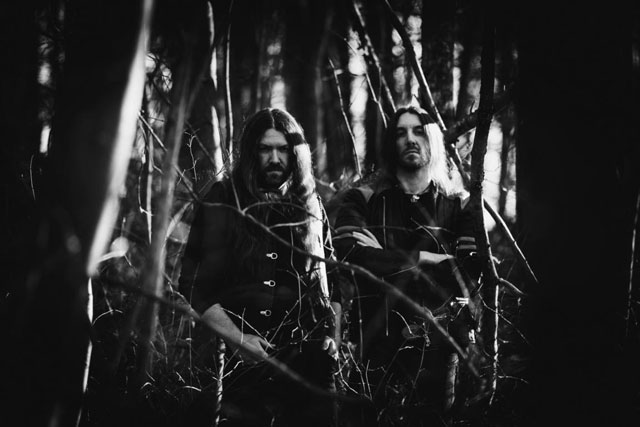