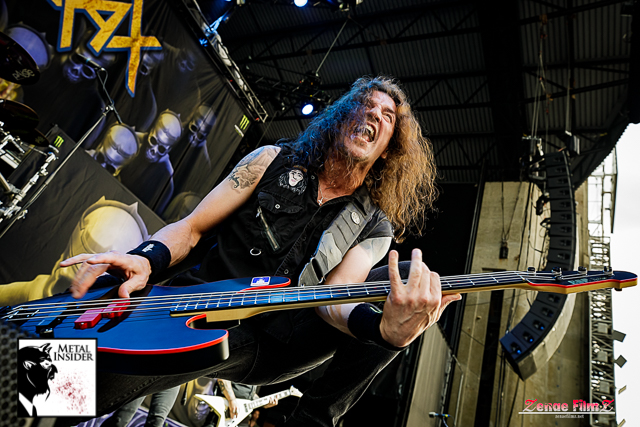 Altitudes & Attitude (the collaboration between metal bassists Frank Bello [Anthrax] and David Ellefson [Megadeth]) have released another new song from their upcoming debut full-length Get It Out. “Part Of Me” features guest guitarist Nita Strauss (Alice Cooper) and is one of the album’s harder tracks.

Of the songwriting process, Ellefson says:

“It was originally a guitar idea that I had, but then we had an eight-string bass in the studio, and I plugged it into a Kemper [amp], and I started writing a lot of bits and parts for ‘Part Of Me’… Frank helped me finish up the lyric idea… and it became that song.”

“The lyrics [are about] being in a place where you want to express yourself, whatever that may be in your life. If you always wanted to do something, don’t be held down by anything.”

Earlier this week, the duo released a video for the single “Late,” which features a guest appearance from ex-Kiss guitarist Ace Frehley.

Listen to the new song below and pre-order the album here: