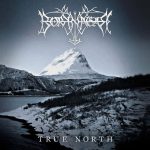 And here we are with the top 5, and at some point, all five of these records were at the number 1 spot. Borknagar’s True North is a gem. I remember being on a plane heading out to California from NY with no wifi or much of anything, and I had three new albums on me. This was one of them, and it made my flight one of the most peaceful trips ever. This record has everything from fast, slow, and all in between. Mastermind Øystein G. Brun also discussed with me on the emotional journey behind this album. 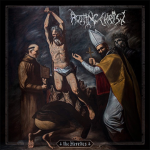 Out of all of the albums that were released this year, I must have listened to Rotting Christ’s The Heretics the most especially, the song “The Raven.” Perhaps it has something to with my own love for Edgar Allan Poe. Regardless, this song was well worth leaving on repeat. The entire record is outstanding. It questions one’s own spirituality and belief system and helps open your mind on facing the ugly truth. I spoke to Sakis Tolis on this record, and he was filled with a lot of insight, which I heard on this fantastic record. 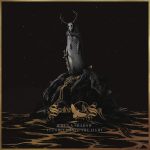 03) Swallow the Sun, When a Shadow Is Forced Into the Light (Century Media)

Living life after the loss of a loved one is something none of us want to experience. This slot could have gone to KoRn’s The Nothing as that album holds the same darkness as Swallow the Sun’s When a Shadow Is Forced Into Light. Whether the person was a current lover, estranged, or a long lost first love, losing anyone tragically leaves to an unspeakable amount of pain, suffering and sadness. It’s difficult to wake up and face the world. You don’t want to be seen, but you force yourself to go on. This album is surrounded by the loss of Juha Raivio’s life partner, Aleah Stanbridge (Trees of Eternity), who died in 2016. After listening to the record, hearing the lyrics, you instantly FEEL his pain. And I commend him for writing such a brilliant album one that can help many who have lost a loved one. For the most part of this year, I felt Raivio’s pain, and as 2019 is about to come to a close, I now feel my own pain in this record after losing someone in my life. This reminds us all how music comes in full circle, and metal is always here for us through light and dark times. The album is overall incredible.

Key Track: I want to say all here, but, I will leave it with “Stone Wings.” 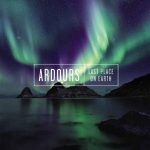 My year-end list has essentially begun with a debut album and ended with a debut. I connected with Ardours, the new gothic metal project featuring Tristania vocalist Mariangela Demurtas and multi-instrumentalist/producer Krist Laurent’s debut album Last Place On Earth since the first listen. It’s also one of the three records I had with me going to California, and I remember walking on Manhattan beach in Los Angeles, staring at the waves breaking on my feet while listening to this beauty. It was a peaceful moment, and the music helped. It spoke to me on more levels than I can explain here. It’s also a great album to listen to when you’re settling in at night and don’t want to listen to anything too extreme. As blunt as this sounds, I love everything about this record.