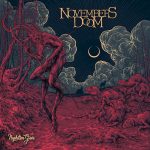 We’re all guilty of making some sort of remark after reading a year-end list. I’m sure people disagree with my choices here as well. It happens. And I am 100% guilty of not understanding why Novembers Doom’s new album Nephilim Grove is missing on lists. Musically, it’s flawless and it emotionally grabs your attention. While I was already amazed by this record, I was lucky to speak to Paul Kuhr and asked him about the meaning behind the song “What We Become.” I was holding back my tears after hearing his explanation of the track. The group may have their day jobs and personal lives, but when it’s time to write new music, you can tell it’s not forced, as their creativity speaks on a different level.

Key Track: “What We Become” 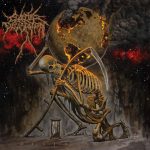 I was always impressed with Cattle Decapitation, and I’ve been waiting to hear this record for quite some time now. I knew I would mention this group on my year-end list. But I didn’t think I would write about them over Possessed’s first album in over thirty years. I really thought Revelations of Oblivion would make it but, 2019 has been such an incredible year of new music. And just because they didn’t make my top 20 doesn’t mean it’s not a kickass album. However, Cattle Decapitation’s Death Atlas has hooks, aggression, meaning, chaos, insanity, and it’s well mixed together. It’s possibly the best record in their career. If only, they could add lights to their shows so we can fully capture them performing this live. But that’s a different story. Death Atlas is fantastic, and I’m glad I made time to hear it before the year officially came to a close. 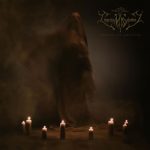 08) Imperium Dekadenz, When We Are Forgotten (Napalm Records)

Another placement where I argued between Imperium Dekadenz, 1349, and another band I will not mention. However, Imperium Dekadenz’s new album, When We Are Forgotten, cuts your Heart right open while the flawless music continues to unfold. It’s chaotic, atmospheric, dark, heavy, and well-composed. I learned more about the record earlier on when I spoke to vocalist/guitarist/keyboardist Horaz, and even back then, I knew this album would somehow make it on my year-end list.

Key Track: “When We Are Forgotten” 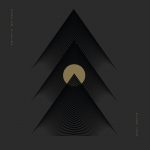 One thing I fell in love with in this decade has been post-metal/rock. Bands such as This Will Destroy You, Explosions in the Sky, If These Trees Could Talk, God Is An Astronaut, Caspian, etc. have amazed me, and I always find inspiration to write and create when these heavy instrumentals are playing in the background. I used to call it my present-day classical tunes. In terms of metal, some of these acts are heavier than others. One of them happens to be Russian Circles. While I tried to avoid including them on my top 20, I couldn’t ignore Blood Year‘s excellence. 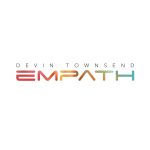 Another album I did my best to avoid including on the top 20 but, Devin Townsend has done it again with Empath. I don’t understand, nor do I think I ever will, but Townsend continues to create a masterpiece no matter which project it’s under. Empath feels more of an exploration of life itself and consists of questions and fears we all ask ourselves at one point. Musically, it grabs your attention as you don’t want to hit the stop button from the moment you press play.