Swallow the Sun’s overall seventh full-length album When a Shadow Is Forced Into the Light may appear soft and mellow (read our review here). However, it is one potent record surrounded by the loss of Juha Raivio’s life partner, Aleah Stanbridge (Trees of Eternity), who died in 2016. The strong emotion on this record alone is challenging to grasp and yet; you find yourself getting lost for hours listening to it. The album was released on January 25th via Century Media Records, and the Finnish doom-extreme metal outfit teamed up with Children of Bodom a few months later for a North American tour in support of the record. Before their show in New York City on April 19th, we spoke to vocalist Mikko Kotamäki on the album, plans, and more.

What took you guys four years to create When a Shadow Is Forced into the Light?

Well, first of all, our previous album (Songs From The North I, II & III) was a triple album. So that took a lot of work back then. And then we basically were on tour for like two years. Then decided to have a little break and make the new album, so that’s how the cycle goes. 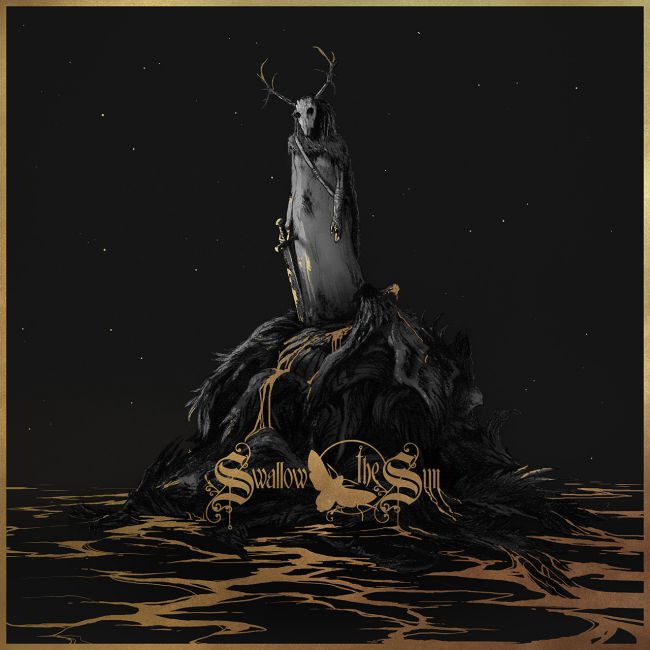 How have the fans been receiving the new material live?

Pretty good actually. Of course, it’s different now from us in many ways. But seems like people are not too scared that being a little bit more mellow and easygoing album.

It never came across as easy going. In my opinion, the strong emotion in the album made it an incredibly powerful record. Speaking of, I would love for you to explain the song “Stone Wings?”

It’s my favorite song on the album.

But yeah, of course. Like most of the lyrics on the album, there was this one unfortunate that took place three years ago exactly. It was three years ago, yesterday (April 18th). Our main composer’s (Juha Raivio) girlfriend (Aleah Starbridge) died. So, yeah, there’s a lot of stories about that on the album. It’s kind of like, personal and emotional in that sense.

As you mentioned loss circling the album, did it make the recording process more difficult?

No, not at all. Everyone was so happy about the new music. Yeah, it was a bit different this time. But, yeah. The actual recording process was easier than the previous album. This time we needed to record only 8 tracks instead of 21.

I would ask you guys musically, but the last album already showed that you’re not afraid to experiment but, how has the overall experience been since your debut 2003’s The Morning Never Came?

Wow. It’s been weird. Like when we formed this band almost 20 years ago, we were only meant to do one demo tape and that’s about it. But then we suddenly got a record deal and almost 20 years later, we are here. So, it’s been quite a trip. 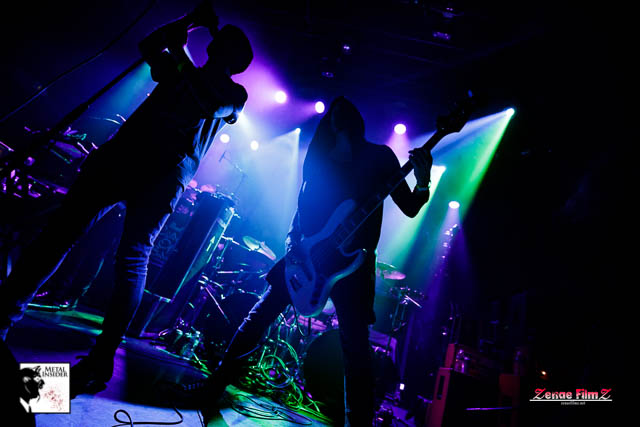 Do you have a particular album that you thought was more challenging aside from 2015’s triple record?

Well, of course this new one was a bit challenging. There’s a lot more clean vocals, so that was a lot more challenging for me. But it also keeps things fresh because I’m kind of like boredom to do all the growling all the time. So, yeah. It was challenging, but I’m really happy with the results.

You guys already went to 70000TONS OF METAL. Are there any other particular cruises or festivals that you’d like to join and haven’t yet?

No, not really. Well-

Did 70K scare you guys off?

No, we actually done that twice now. So, the first time we played the cruise was 2014. And yeah, this was the second time. But, for sure it’s fun. But it’s almost like a little bit too much. Well, a few things I can imagine would be cool is maybe play Heavy Montreal one day. Like, some festival this side of the ocean (North America) because of course, Europe is full of metal festivals. There’s a lot going on during the summer. But yeah, been there, done that. 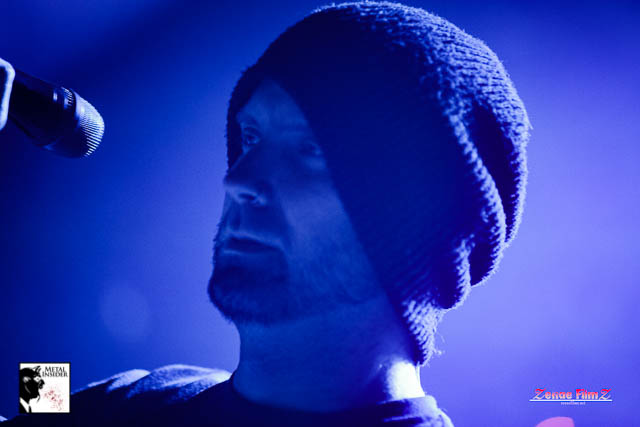 What plans do you guys have later this year or after festival season?

Well, this year looks really busy. This is the final gig of this tour and next Friday we start the European tour.

Just one week off?

Yeah, not even that if you count all the traveling back home.

How are you feeling now?

Yeah, but let’s see how the jet lag is next week when I get back home. And then, after that we have one week off then we go to Japan, and then just couple weeks off and then we start to do the European leg, summer festivals until the end of the summer. Then we are probably going to do more European gigs. Probably the next North American tour will happen in the beginning of the next year.

And anything else that you want to say or add to your fans?

Well, if you haven’t heard about us before, check out the fucking music and if you like it, buy the album (purchase here). Support the music.

Yeah, sure. But I don’t necessarily listen to it at home all the time.

What’s your favorite song from it? Or do you have one?

Probably “Here on the Black Earth.” 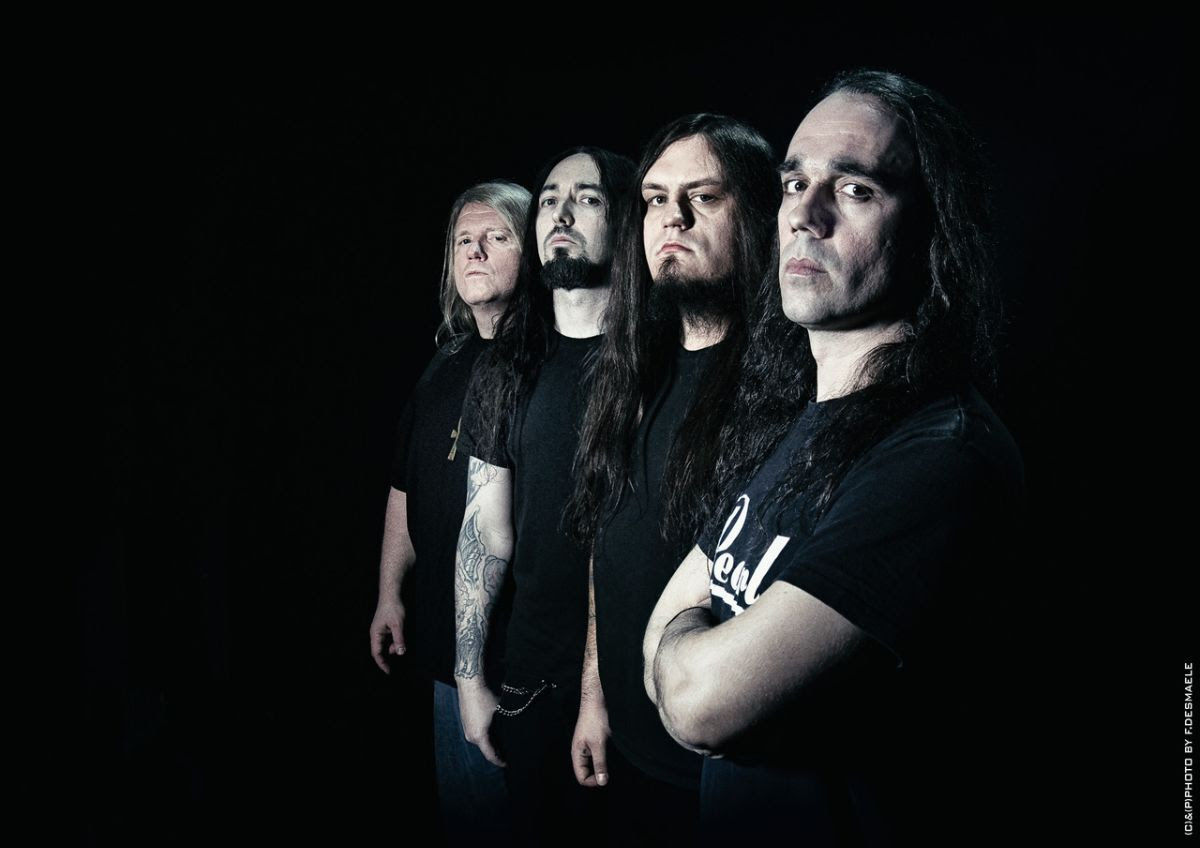