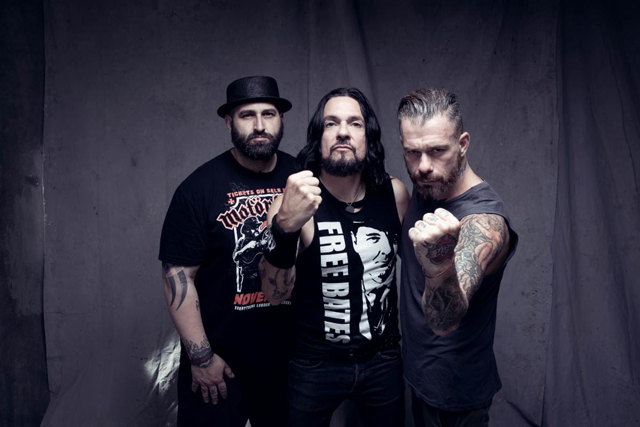 Tommy Victor has a lot to say, much more than Prong’s latest EP Age Of Defiance, which was released on November 29th via Steamhammer (order here). Between his extensive career with Prong and Danzig, Victor has experienced a whole world of changes in the metal community over the years. It’s no secret that there has been quite an evolvement in music within the last twenty years. With that being said, we recently caught up with Tommy to discuss the future of Prong, the wave of “hipster metal,” and the overall change in the music scene.

Can you discuss in detail the two new songs, “Age of Defiance” and “End of Sanity?”

The first song I’ll talk to you about is “End of Sanity.” It’s the last song I’ve written, and I wrote it specifically for this EP. So it’s fresh, this is the most recent Prong song written. And in contrast to “Age of Defiance,” which was part of a collection of demos I made earlier in the year that was supposed to be for a full-length album. And we were insecure about the entirety of the material, and we thought to put an EP out would be better. So I picked the best song out of that collection of demos, which is about 11 songs. So you’ve got the cream of the crop from those songs and then a brand new fresh song. So from a selection standpoint, that’s what those are. As far as the songwriting, they’re different. “Age of Defiance” seems to be more modern Prong, more futuristic. And then “End of Sanity,” seems to be totally throwback, that was like an old-school Prong song, like on Beg to Differ or something like that.

Earlier this year, you launched a web series, Tommy Plays Prong, and I believe there was only one episode. Do you have any plans to go back to this?

Maybe, it’s a lot of work for whatever reason, just for a freebie. That’s one issue I have with it. I mean, why do we have to, in this modern era, have to keep doing things and just not get paid for it? I know, at this point in my career, I still have to keep trying to do things promotionally, but the next one I’d do would have to be less time-consuming and a little bit easier to do. I’d probably pick it up but don’t expect any Martin Scorsese productions from it.

I did read your experiences with a few artists you’ve collaborated with hasn’t always been the best. Some would pay and others wouldn’t. Do you have a favorite collaboration experience?

That’s a tough question. I don’t see them all as collaboration experiences. I don’t pick out one more than the other, and I don’t know if I’m that great of a collaborator. I don’t have any fantastic experiences with it. Collaboration with me is, I’ll write something, and then I hand it over to somebody else, and then they’ll make a couple of changes to it if any. That’s what the collaboration period is. I don’t sit there with anybody and hash out ideas that much. Chris Collier is the only person I’ve done that with, who I paid to do that too because he’s my producer. But I don’t think I’m a great collaborator. I think I work on my own, and I hand it over to somebody. So I don’t have any great experiences with it.

What’s the plan for the next Prong album?

I don’t have a plan. I questioned putting new releases out in a lot of ways because, apart from our great fans, it’s like we have great hardcore fans, but it’s a lot of work. I don’t know why I’m going to rush into putting a complete album out unless I’m really inspired. And that may happen at any second. I don’t know. Next year, I may get bored and say, “No, you know what? I want to make another record.” And that may or may not happen. So it’s all based on that this time. I’m not planning a schedule for the next release. That’s what we were doing with Steamhammer, with these last six records, “Okay. Well, it’s time to make another one. Okay, go with Tommy, you got to make lots of songs. Okay, okay. That one’s out, you got to start working on the next one.” I was like, “Hey, wait a minute. This is like, why? Tell me one reason why I’m supposed to be doing this.” I mean, it’s certainly not a financial thing. So this time, I’m going to get inspired. And if I’m never inspired, I’m never putting another record out. 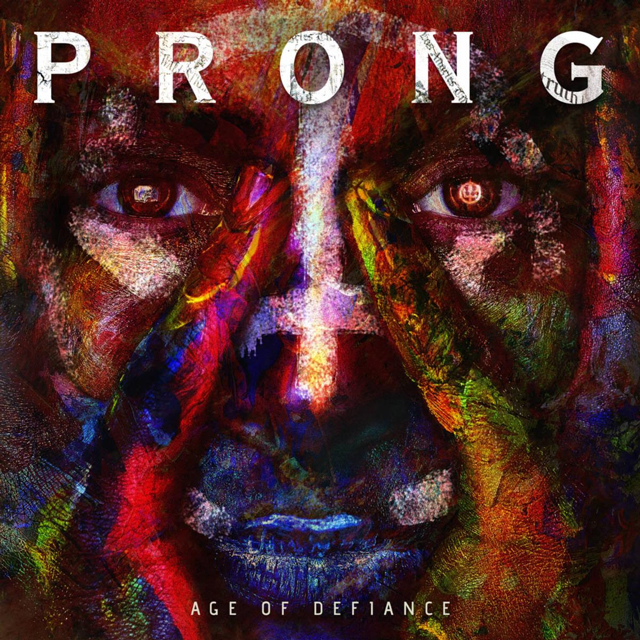 You’re going to work on it when it feels right for you?

I mean, maybe that won’t be a Prong record, maybe it’ll be something else. Maybe it’ll be an acoustic record, I’ll just change my identity, and I’ll try to make some real money. I will get an acoustic guitar with a drum machine, and then I’ll probably be the biggest thing ever in the history of music.

Everything has been changing within the music industry including clubs in New York City have closed down. What are your thoughts on this overall change?

It’s been changing for a while. I don’t live in New York anymore, and it seems like there’s a real hipster metal scene going on over there. It’s just way too cool for me, quote-unquote, cool. And so I never fit into anything, I don’t know. Why should I even try to? I’m just some guy that’s in a legacy band that tries to survive. I’m not on top of all the changes. LA, I don’t see that many changes, sort of stuck in a rut as far as rock music goes. I think rock music is just dated for a lot of people. I think rock music, digital technology, and smartphones, it sort of doesn’t mix. When you look at the plays on rock bands on Spotify versus R&B artists and EDM, it’s minuscule. I was playing this video game the other day, and I was like, who’s this guy? Porter Robinson, this artist I like. And I looked at his plays on Spotify, and it’s like each song was at least 60 million plays, he’s a DJ, 27 years old. And then you look at like Sick of It All, a band that you think is this big rock band, and they have like 0.1% of that, their biggest song has around 900,000 plays or something. It doesn’t make any sense to me. So the changes, the role, all the changes, everything, is value for electronic music, R&B, and rap music. Rock music keeps getting smaller and smaller. Unless you’re something way cool that somebody, some publicists or the journalists in rock decide is really cool, and they’re just as pompous as anybody else. They say, “Okay, Tool is cool now again. And then that’s going to be the big thing. And everyone else could die as far as we’re concerned.” So that’s just how I feel about it, honestly.

It’s sad what’s happening. You notice certain genres blossom and blowup from out of nowhere. Seeing the difference between the two is sad. I do see what you’re saying with the LA metal scene as well as “hipster metal.” So it is a lot to take in and adjust to. Who knows where the scene is heading towards a few years from now.

It’s all about the length of your beards now with metal, that’s all that matters. And what vintage crappy old amplifier do you use? Did Witchfinder General use that amp, or it’s got to be something like that? The music does not matter because it all sounds like reject Black Sabbath music. So it’s just like that doesn’t matter. But it’s the lengths of your beard and how vintage is your amplifier, and then you’re fighting for those little positions right now.

Do you guys have any touring plans?

Yeah, Europe, we’re going over there. We just did a month and a half tour with Agnostic Front, and right before that, we were out with Hatebreed an Obituary for a month. So we did America a lot this year. We did Europe twice this year. So we’re going back to Europe, and then we go to South America, and we’re trying to get to Asia. So, that’s about the touring plans I got. And I got Danzig gigs this year too, so he’s going to tour again.

Next year marks another decade, are there any albums that stand out to you the most that was released within the last 10 years?

I don’t even know the name of the album, but I think it’s just called Drab Majesty. That’s this band, Drab Majesty. I think that’s brilliant. They’re first album [Careless]. The band is called Drab Majesty, and they’re ]great. And I like this band Light Asylum too. The Demonstration, that’s the name of the album. It’s like ten songs, and they were all great songs. I like songwriting. Anybody could write a million riffs, and that’s why I don’t like metal that much anymore. Yeah, these kids are great guitar players. As far as metal goes, bands, I do like, Primal Scream, and Bullet, I like the retro bands in a way, that are cool. I like Saxon a lot too.

Saxon, they deserve a lot more credit these days.

Absolutely. They’re amazing. I saw them live recently, and they blew me away. I thought it was one of the best shows I’ve ever seen in my life. But that’s just a mood I get in. Sometimes I’m like; I have to listen to old-school metal otherwise I’m going to lose my mind because these new bands are terrible. I get in that frame of mind. If I see another band that’s playing along with backing tracks, I’m just going to never listen to music ever again. Every metal band, they have backing tracks now.

I think it has to do with the reliance on digital technology. More bands are expanding and styles are constantly changing. It can get difficult to pick out the needle in the haystack at times.

I want to release retro stuff, which means, we have a record, Power of the Damager, and I want to re-release that on vinyl. I want to start getting all the stuff that hasn’t been finalized put out on vinyl. I think we’re doing Rude Awakening, is going to be re-released on vinyl. I think that’s cool. We may do another tour in America this year, but I don’t know. I want to see how the EP does. Hopefully, people start playing. I’m really happy with it. I think the song “Age of Defiance” that should be on the radio to me. That’s a song that should be on regular radio, regular rock radio. But it never will be, because we don’t have enough money to get it on there. There’s not enough radio promotion money. But that’s just the way it is. But I think it’s a great song. I think it’s befitting of the times, and it sounds modern, but I don’t expect anything. 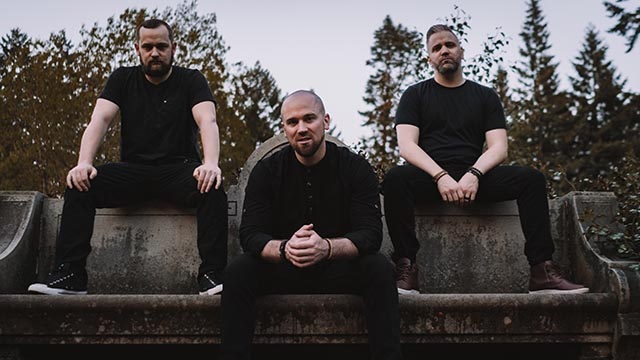