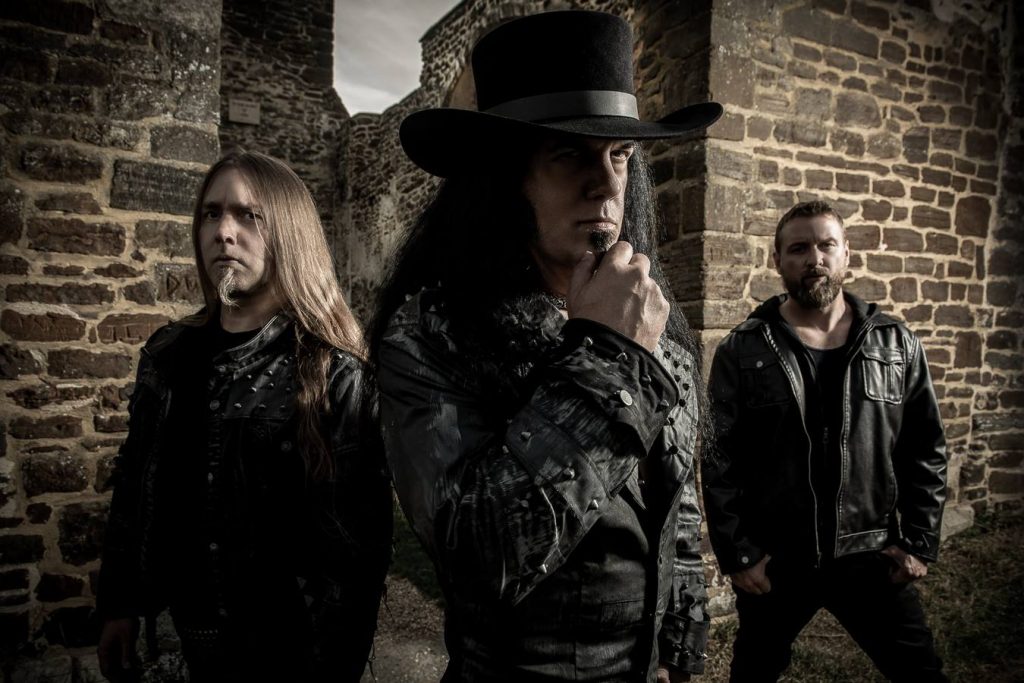 Vltimas, the new project featuring Rune Eriksen (Aura Noir, Earth Electric, ex-Mayhem), David Vincent (ex-Morbid Angel) and Flo Mounier (Cryptopsy) released their debut effort Something Wicked Marches In on March 29th via Season of Mist. We’ve already expressed how much we enjoyed this album, and have learned a little bit more on how the project was formed as we recently caught up with the mastermind himself, Rune. Read the discussion below, and if you haven’t yet, order the LP here.

We thoroughly enjoyed Something Wicked Marches In. Can you talk more about how the project was formed?

It was after I quit Mayhem. I always had in mind to create another extreme metal band that I could call my own. I didn’t form Mayhem. I was always the new kid in the band, so to speak. I wanted something that I could call my own, like my own baby. I started toying with the idea back in 2014, I think it was. I have already played with Flo Mounier. We made a few pieces together. A couple of years prior to that, I knew we had a really good chemistry. So he was the first choice in my mind, when I was looking for a drummer. I wrote to him one day, and I said I have a few skeletons that I’m planning to create a new band and asked if he was interested and he said yeah, he was on board right a way. He is a friend of mine and we also have a really good music chemistry because we have jammed a few years prior.

That’s how this started. I started sending him a few riff ideas, he flew in to jam with me here in Portugal, he rented a house down south and stayed for about ten days. We were jamming out riffs, gathered ideas and new songs. After that, I was just sitting at home listening to old school death metal and David came to my mind. He’s no stranger to me. I saw him when I was on tour with Mayhem, he was on a music fair out in Germany at that time, so I knew him from the very beginning. I kept in touch with him over the years. One day I was sitting at home drinking some red wine and listening to some old death metal music, and I thought I should write to David to see how he’s doing because I heard he just left Morbid Angel. I wrote to him in an email and asked when the time is right that maybe we should do something together. He responded to me immediately saying the time is now. The following morning we started talking and that’s basically how it all started.

You can tell the distinction between black and death metal, was that intentional in the writing process?

No, not really. I have a lot of different influences from my youth, I think a little bit of 70s, early 80s heavy metal, the bay area thrash metal, death metal and black metal. It was just the riffs that come out of me. One thing is, music can be different, depending on how you approach it. When I knew I had David to sing obviously, I also visualized his vocals in my mind, how it would sound with the riffs. You can say, he gave me some kind of inspiration. It’s what comes out of me, how it would flow and this is how it would sound. 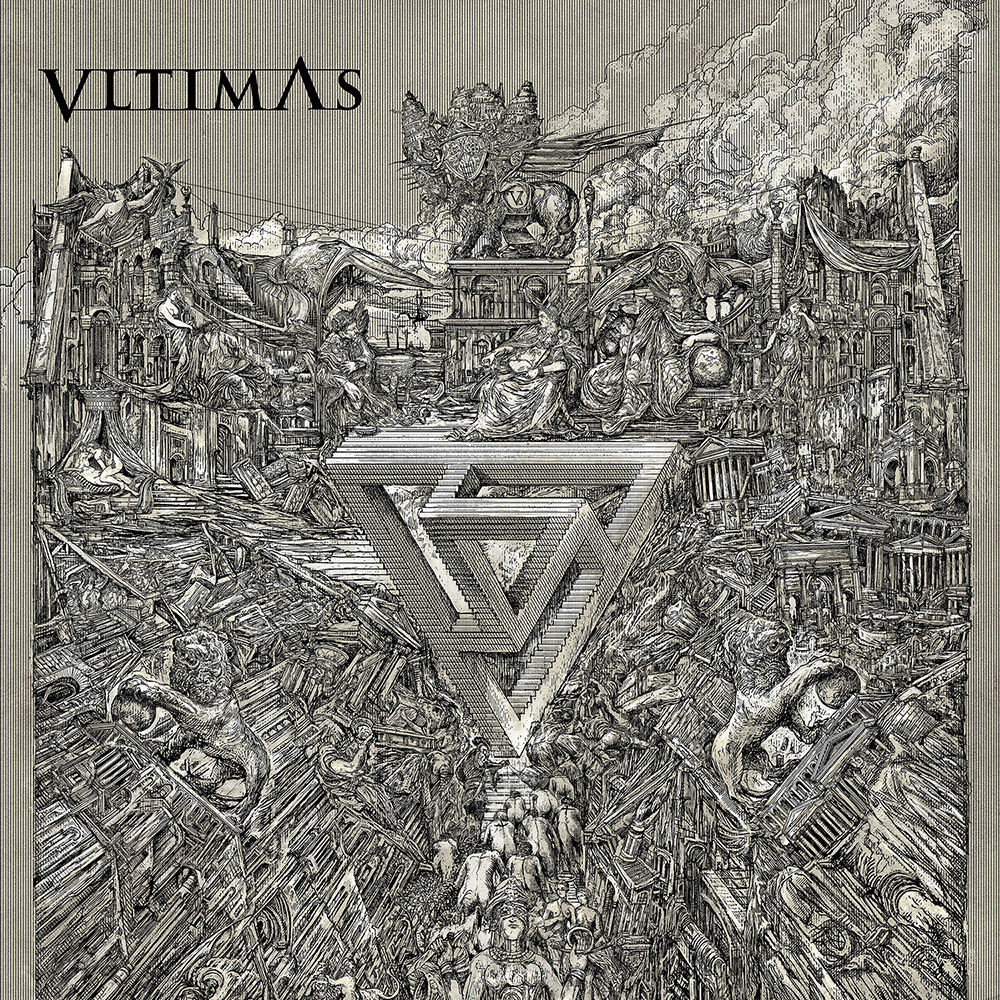 Can you discuss some of the lyrical things?

It’s David’s field, really. I’m not comfortable talking about the lyrical content but, it had some apocalyptical thematics to it. I think the lyrics go very well with the music. It’s the kind of expression that we forged together for the record. The lyrics and the music accompanies each other very well. The lyrical theme should be interpreted by the listener. I think it would be better when people hear it directly.

Do you guys have any touring plans in the works?

Yes we do. A lot of people keep asking me if it’s a project or a real band. I can say this, it is a real band. We are planning to play as much as possible. Everywhere that has a decent offer, we will be there. That is our agenda, this is something we want to do as our main band for the future. And yeah, just play whenever we can or as much as possible and continue writing music.

I also want to say, for live shows, we will bring in session musicians, a session bass player and a session guitar player so it will be a full sonic effect. We are in the early stages now. We have a kickoff in london in late June before we go to Hellfest. We have a lot of plans a part from what we have planned for summer festivals. I’m sure things will plan out in the next coming months.

Generally speaking, black metal music can be interpreted as one of the most misunderstood subgenres and there seems to be more organizations trying to stop black metal music from booking shows and tours. In your experience, have you personally encountered this experience?

No. Not for me personally. I’m aware of these things and it’s such a shame. It’s seeing art, a personal or spiritual expression. And yeah that’s all I can say of that matter.

With that said, what do you think of the film Lords of Chaos?

Of course, you lucked out in a way, it all happened before you.

Yeah, exactly. In that sense. I don’t really care? But I can understand, of course, that people who was a part of the film can be a little bit suspicious to the whole thing. With that being said, I don’t really care. I’m going to watch it and take everything with a grain of salt. I’m doubting that there’s a lot of truth in it, I don’t think so. But then again, it’s just a movie and I think people are making way too much out of it. They just need to chill out. The Mayhem guys, necrobutcher and stuff, I think they aren’t supporting but are OK with it. I think you should just accept it for what it is, truth or lies, it’s just a movie.

I’m looking at it as another rock n’ roll film.

How has black and death metal change over the years?

You know it’s a bit funny because just now, the Mayhem record, the most controversial Mayhem record, Grand Declaration of War, was just released and remastered. I gave it a little bit of thought to it because I remember when it came out, you had one side holding the experimental side, and the other for what Mayhem was supposed to sound like. I remember that point on 1999/2001, it became more of an avant garde record sound. They did all of these things that Mayhem did as well. That was a huge turning point in the whole extreme/black metal. I think things are going back to what it was back in time. It’s development, I’m not sure because I hardly pay attention to it. I still listen to 70s records. I’m not paying attention to what’s going on in the scene or if anything at all is going on in the scene. I think it’s evolved to a certain extent and you cannot fight the natural progression and should embrace it.

Even if you haven’t heard much of what’s happening now in music, you are spot on. It has moved in an avant garde direction and nowadays there are a few bands who are trying to go back to the earlier raw style.

I think that’s how I see it in a way. There’s a couple of really great bands that are friends of mine, this band from Norway, Mork. It’s a really cool band. They all embrace the sound from the old roots. There’s so many ways music can go as well and it depends on so many different things. Location for one, if you are living in Iceland or in the woods, it’s going to be more back to the roots kind of thing. Everything depends on so many different things. But what I said about how some of them have been laid back.

I agree. Is there anything else you want to add or say about Something Wicked Marches In?

I think that fans of both death and black metal should really give this record a try. I think in my opinion, I don’t know what others think. It’s the perfect marriage between black and death. I hope people will see what’s done here and it would be good to do some tours and in the U.S as well. At this point, Europe is the one who has the most interest. I think and hope we will come out to the states eventually.

I like what you said about the album being a marriage between black and death metal.

Yeah, it is. We are different and at the same time we are also kind of the same. The obvious difference is the terms of the marriage in the audio and lets see where it will take us and we will keep going as long as we can. Hopefully, it will build a strong and steady fan base and have us releasing music for years to come.