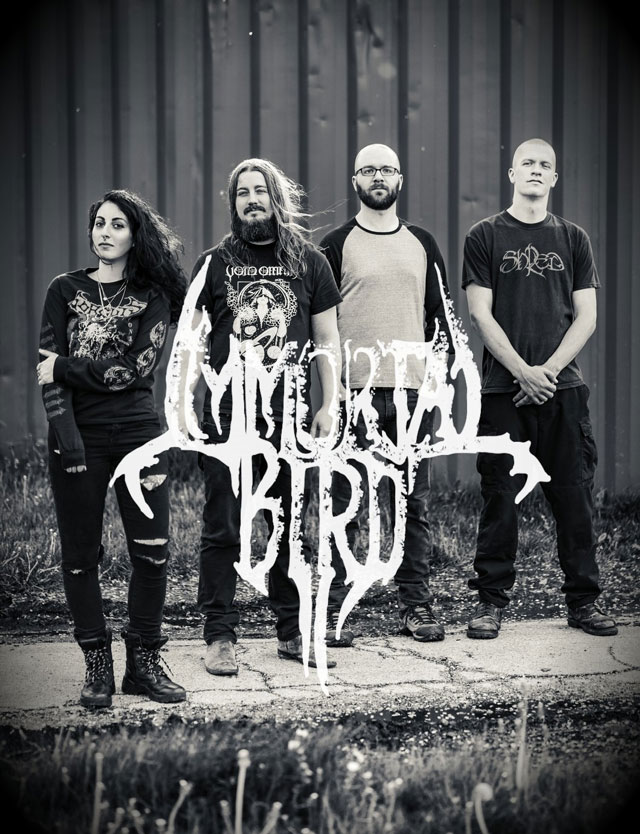 Chicago’s Immortal Bird just released a pummeling and pulverizing new record, Thrive on Neglect, which arrived on July 5 via 20 Buck Spin records.  We took a moment to catch up with vocalist Rae to talk a bit about it:

The new record is pretty incredible and blisteringly heavy.  Can you tell us about your approach to crafting this record?  Was it different than your debut LP?
Our first EP (Akrasia, 2013) and our debut LP (Empress/Abscess, 2015) were written in a similar way (between myself and Evan Berry), but executed with different personnel. I played drums on the EP, Garry Naples played drums on the LP, Evan played guitar on both, and John Picillo played bass on both. After E/A, we went through a lengthy but necessary transitional phase when we added Nate Madden (guitar) and Matt Korajczyk (drums). Thrive On Neglect is the result of Nate and I learning how to write with one another over the last few years, and opening up to more dynamic collaboration as an entire band. We’ve all spent so much time together on tour and at home, I think communication has only gotten easier. I guess we’ll see if that’s true, as we’re starting to write new material now!

The mix and overall sound on this record is quite good.  How did you hook up with Dave Otero?
Thanks, that’s what we were going for! Dave has put out a bunch of albums we absolutely love (a few that immediately come to mind are Cattle Decapitation’s The Anthropocene Extinction, Wake’s Misery Rites, and Vermin Womb’s Decline). We knew he could take a thick, chaotic, atmosphere and still be able to separate the layers in a way that respects the compositions (but also sounds fucking brutal). Last year, we met him in Denver while we were on tour with Glacial Tomb, and he said some very kind words to us about our set. Flattery works wonders when you’re as insecure as we are, so we decided to drive to Westminster, CO in the middle of winter to record with him. We also heard he had a dog.

The cover art on this record, like your last one is extremely affective and thought-provoking, can you tell us about this concept and how it fits with your music?
I love Kikyz1313’s aesthetic and see us working with her for all of our covers. I am drawn to the visceral, intricate, and beautifully distressing quality of her art. It might be wishful thinking, but I’d like to emulate those qualities with what we offer musically.

Do you have any further plans to tour this year?

Absolutely we do, we have a string of shows in July (including a Chicago album release show on 7/16 and an appearance at the inaugural Steel & Bone Fest in Pittsburgh, PA with Horrendous, Tomb Mold, Superstition, and more on 7/20) – There’s more to come, and we’re hoping to spend a lot less time at home in 2020.

The lyrics on this record, like the previous one, are hard hitting and quite deep.  Can you give us some insight into how you create your lyrics?
I try to write as honestly and transparently as possible, and then I drench certain concepts and situations in metaphor to avoid being totally crippled by vulnerability. To put it mildly, I was not doing well during the majority of the writing for this album, and the events transpiring in my life unavoidably affected the lyrical direction. There is an active, unconstrained anguish and level of emotional processing taking place on this record that wasn’t quite as urgently felt on Empress/Abscess. E/A was a revisiting of ghosts, and an exercise in release. This album addresses more recent pain, and how I feel compelled to keep stumbling toward catharsis (whatever that means…) 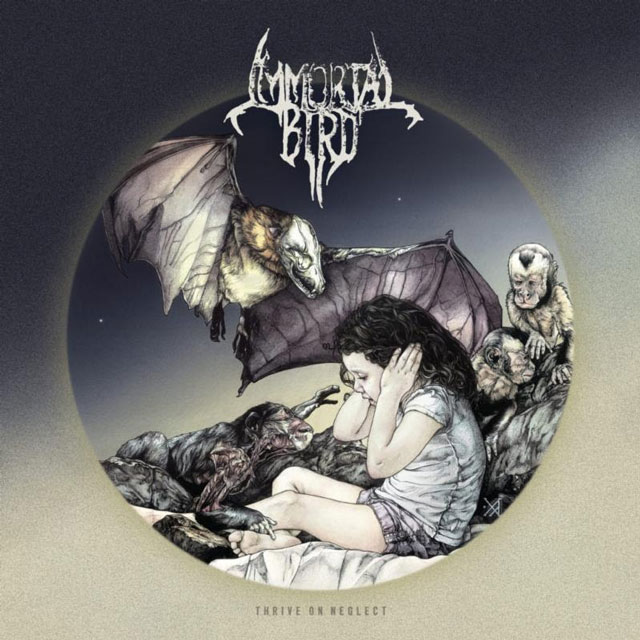 You can order Thrive on Neglect here. 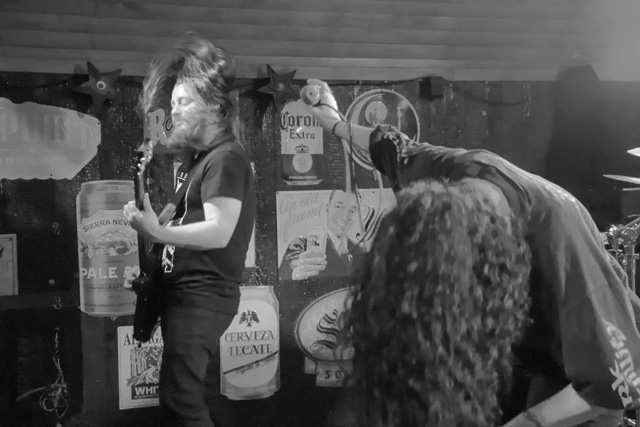