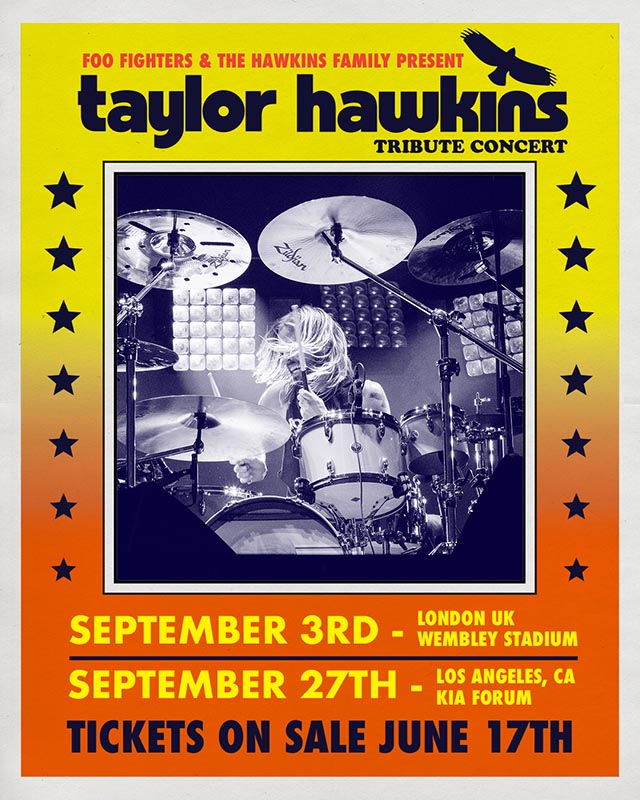 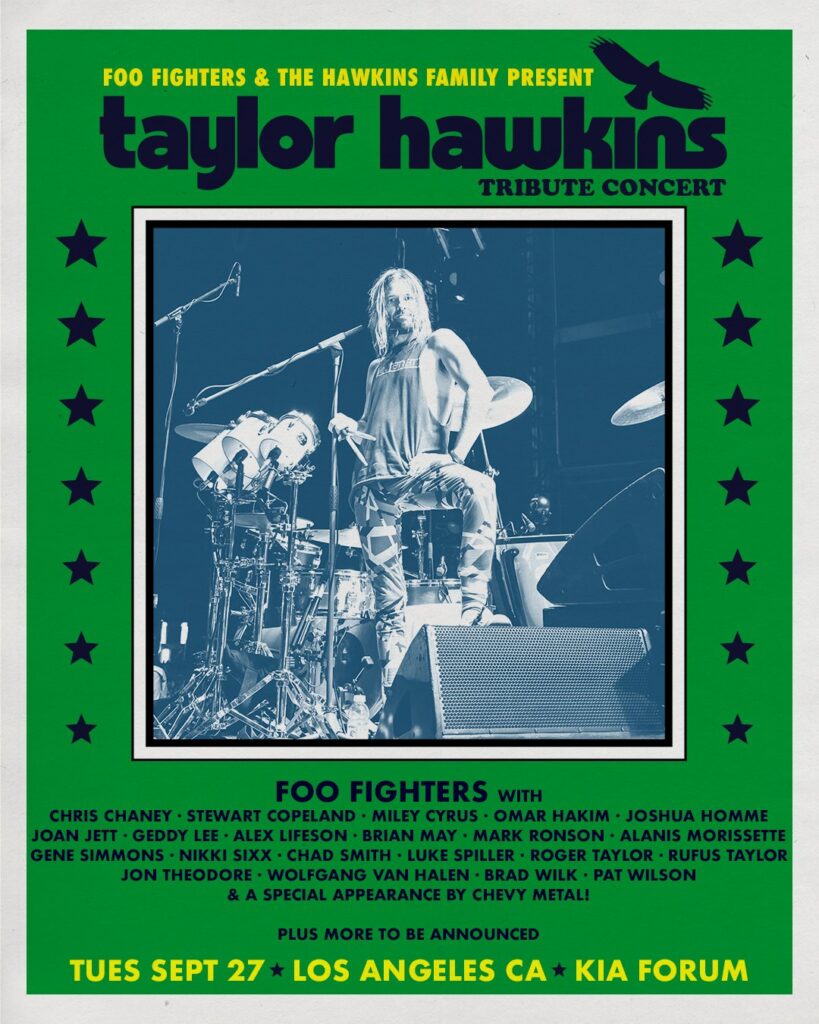 The long list of rock’s mightiest heroes performing at the Taylor Hawkins tribute concert in London is long and growing. Hold on to your hats!

Geddy Lee and Alex Lifeson of Rush, Liam Gallagher of Oasis, Roger Taylor and Brian May of Queen, Stewart Copeland of The Police, Chris Chaney of Jane’s Addiction, Joshua Homme from Queens of the Stone Age, Chrissie Hynde of The Pretenders, comic genius Dave Chappelle, Wolfgang Van Halen from Mammoth WVH, Omar Hakim and members of Hawkins’s covers band Chevy Metal. These are among the artists who will join Foo Fighters members Dave Grohl, Nate Mendel, Chris Shiflett, Pat Smear and Rami Jaffee and the Taylor Hawkins family to celebrate the late drummers life and music at London’s Wembley Stadium on September 3.

The lineup for a second Hawkins tribute show scheduled for September 27 at Los Angeles’s Kia Forum is as follows!

Tickets for both concerts be available starting Friday, June 17 at 9:00 a.m. local time.

As one of the most respected and beloved figures in modern music, Taylor’s monolithic talent and magnetic personality endeared him to millions of fans, peers, friends and fellow musical legends the world over. Millions mourned his untimely passing on March 25, with passionate and sincere tributes coming from fans as well as musicians Taylor idolized. The Taylor Hawkins Tribute Concerts will unite several of those artists, the Hawkins family and, of course, his FOO FIGHTERS brothers in celebration of Taylor’s memory and his legacy as a global rock icon — his bandmates and his inspirations playing the songs that he fell in love with, and the ones he brought to life.

Proceeds will benefit charities in both the U.K. and the U.S. chosen by the Hawkins family.
Hawkins was found dead at the Four Seasons Casa Medina hotel in Bogota.

An official cause of death for Hawkins hasn’t yet been released. But on March 26, Colombia’s attorney general’s office released a preliminary toxicology report, saying that medical examiners found evidence of 10 types of substances in Hawkins’s body, including opioids, benzodiazepines, marijuana and antidepressants.

Hawkins joined FOO FIGHTERS in 1997. Prior to that, he played with the Orange County band Sylvia and was also in the backing band for Sass Jordan. He also toured with Alanis Morissette as her drummer.

Hawkins was inducted into the Rock And Roll Hall Of Fame last year as a member of the Foo Fighters. 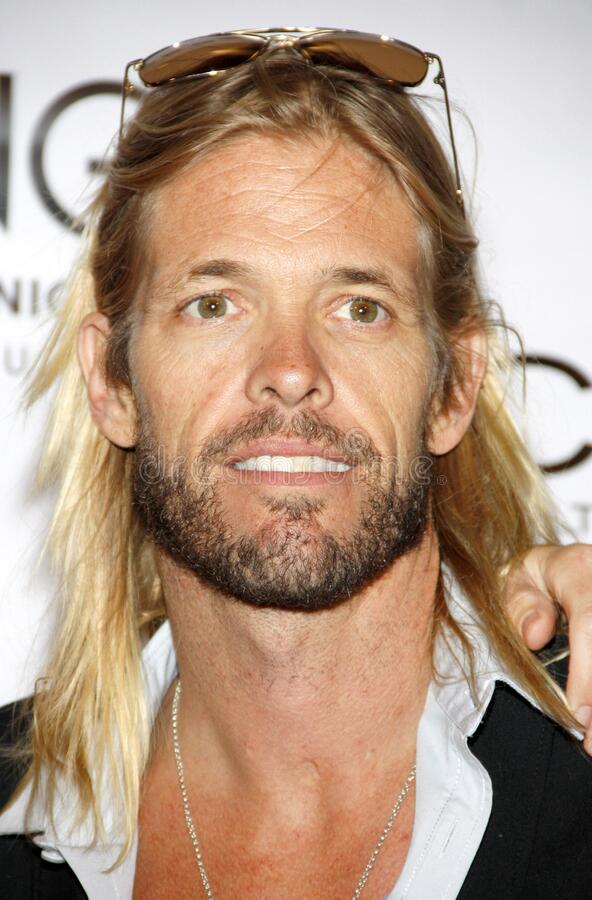