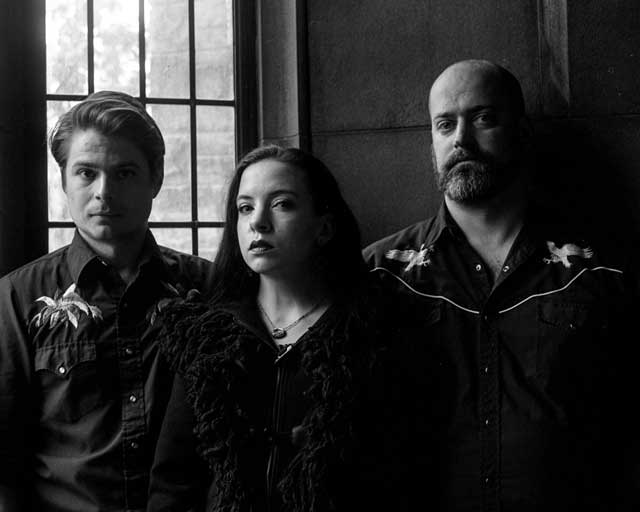 Canadian doom metallers Völur’s new album, Death Cult, is scheduled to arrive on November 13th via Prophecy. We caught up with bassist/vocalist Lucas Gadke to discuss the record, their creative process and experience with the ongoing COVID-19 pandemic.

There are a lot of hidden layers in the new album Death Cult. From the haunting soundscapes in “Dead Moon” to the folk-doom introductory track, “Inviolate Grove,” what was the overall creative process like for this record?

The first thing we talked about before going into this record was tightening up the compositions, not being afraid to throw something out if it didn’t work. Sometimes parts and riffs are like your children and you feel like you love them all equally, but when it comes down to it, you probably like some more than others. Generally, we work in a pretty collaborative way, I “wrote” about 3/4 of the songs on this record, but we tend to write and leave holes for the other members of the band to fill. I’ll often have just a riff and then task Laura with coming up with a melody or rhythm part. Once the general ideas were there, I decided I wanted to see if it were possible to sort of structure the two sides of the LP in the same way. So in a broad sense, the two sides of the record are like a mirror image. That was really the impetus for the way the record plays out. I wanted each side to feel completely different and yet familiar.

What’s it like to release a new album during a pandemic?

I mean, everything’s weird! Now there’s just more uncertainty. But at least it gave us the time to work on making the audio and visuals perfect because we weren’t dependent on a touring schedule to coincide with the release. In some ways, it’s been freeing, as you can imagine, but in others, it’s been stressful and uncertain. Much like this whole pandemic in general I would say!

Can you talk more about the song “Freyjan Death Cult?”

Freyjan Death Cut was the first song we wrote for the new album. I think we’ve been playing it live since about 2017! The idea, lyrically, was to invent a cult or religious practice out of whole cloth, but with allusions to the excerpt from Tacitus that inspired the album. I suppose this piece moves forward in time, closer to what we could call the “Viking era.” When I wrote it I was listening to a lot of modern and free jazz, but especially saxophonist Eric Dolpy. This influence is evident in the bass clarinet in the introduction. I wanted this song to feel like a kind of bubbling chaos, slipping in and out of time and direction. It features our most heavy improvisation. All the “free” sections you hear, at the beginning and in the middle were improvised in the studio. It was a great deal of fun. We were fortunate to secure John David Williams to play bass clarinet for us. Laura and Justin actually play in a jazz band with him called The Boxcar Boys and I’ve played jazz with him on numerous occasions. It wouldn’t be a stretch to say he’s the best clarinetist in the province, or perhaps the country! The notion of fluidity of time, space, and circumstance is a big part of this album. Although the name evokes Freyja, the Norse goddess, Laura’s end lyrics invoke the cult of Donn, a Celtic god. Nowhere do you stand on solid ground. I guess what pleases me is to write a song that keeps you on shifting ground, but somehow all of the dimensions WORK together and feel cohesive. Starting with free jazz, moving to doom metal, then maybe some Fairport Convention inspired jamming, noise, and black metal. It felt natural to me, and I hope it does to you.

According to the press release, the album was inspired by Tacitus’ book Germania, can you elaborate on this?

As we’ve said in previous interviews and press, we are currently working through a loose quartet of albums exploring different worlds in ancient (mostly) germanic literature. Disir was the world of women, Ancestors was the world of men. And the plan was to tackle the world of the gods. These concepts were laid out before any of the music was written. So arriving in 2019 and thinking of “the Gods” I wasn’t necessarily moved by writing an album about guys with long beards and pointy helmets or other sundry romantic or Wagnerian tropes. And then Remembered that one of the first gods that is mentioned in all of the writings on the ancient Germans is Nerthus, Mother Earth. And of course, she’s obscure! And what could be more fertile ground from which to sew creativity than the concept of an obscure goddess? I remembered a short passage from Tacitus where he describes a horrible ritual practiced in the North Sea where the statue of the Earth goddess is ritually cleansed in a sacred grove by four slaves who are later (it is suggested) drowned or killed. This moment, and the use of space, makes me think of a blending of the gods’ world and our own, a supernatural point of convergence. And from there the mind wanders. Could time become elastic? Could the moon die?  Could the ritual last years and feel like one night? In this day and age, the only goddess that does matter is the goddess of the Earth. And that’s why this is our most “political” album: a lament for the dying earth and a call to ponder on the endless rituals we use to heal her and the wheel of stars that turns endlessly as the ashes pile up on the forest floor.

While concerts remain uncertain, do you have plans for a record release livestream or virtual tour?

Well, I hadn’t until now! We have thoughts of realizing some sort of acoustic performance of the album. It depends on who we can get to help us.

What kept you busy during quarantine and what are the restrictions like now for you?

I personally have been learning to play the tanbur which is a beautiful Kurdish instrument. It has three strings and is played with a rapid tremolo technique that’s very hard to master. Beyond that, I’ve been gardening and trying to embrace a slower pace of life. I’m a carpenter in my day to day life and this summer the company I work for decided to take it easy, so I’m having my first relaxing summer in almost 7 years! Camping in Northern Ontario, enjoying fresh fruit, making ciders, jams and sauerkraut. Also relaxing. I hate to say it’s been quite enjoyable. In Ontario, things are rapidly opening up. Businesses are back and I’ve actually gone back to my normal job as a carpenter for film and television which means leaving the carefree summer behind. But cases are rising here and I imagine we’ll be back to a lower level of openness quite soon! 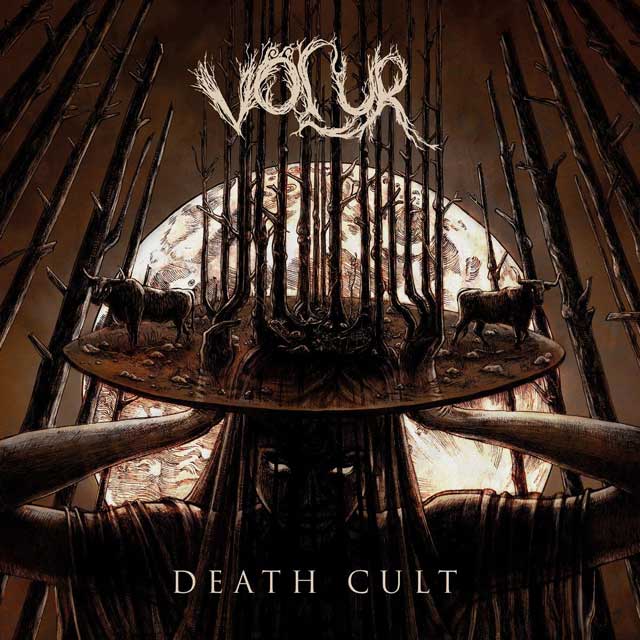 Völur  have released a video for the song “Inviolate Grove.”

“This is the first single, ‘Inviolate Grove’ taken from our forthcoming album ‘Death Cult’, which will be released on Friday 13th in November”, says vocalist Lucas Gadke. “We made the video in collaboration with Sarah Legault, who supplied us with some dark and mysterious footage and Tim O’Reilly. This track, like the other three songs on ‘Death Cult’, is a variation on a theme, which is inspired by a Germanic ritual that the Roman author Tacitus described. Imagine entering a circle of trees. A priest approaches a veiled idol. The full moon rises, and the priest leads the idol to the water. In the video we see a living idol and the priest, in a different time yet still the same.”