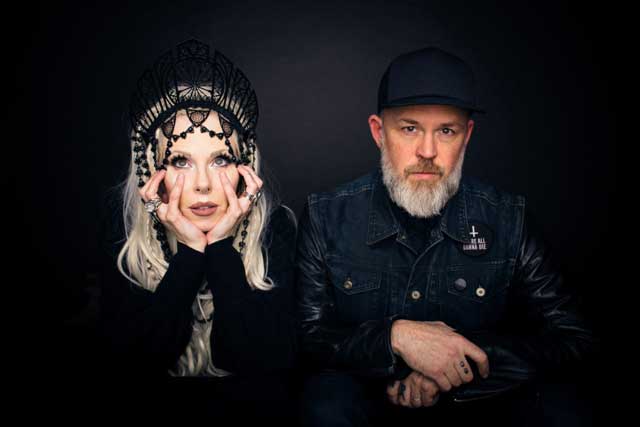 A lot has happened since Cleveland dark rockers Frayle’s debut full-length effort 1692 arrived on February 14th. For one, the entire globe has shut down as we continue to live a new “normal” of uncertainty. Right before bans were being set on concerts and just about everything else, we caught up with Frayle’s Sean Bilovecky and Gwyn Strang to discuss their new album along with looking forward to future touring plans to hear their music in a live setting.

How would you describe your overall sound?

What were some challenges getting 1692 made?

Sean Bilovecky: We have a recording studio on the third floor of our house, so the biggest challenge was pushing ourselves to get it done. It’s amazing that the studio is there, but you tend to take it for granted and get into the mindset of “I’ll get to it tomorrow.” Having constant access to a studio can make it difficult to say when a song is actually done. We must have listened to each song on every speaker in (and around) the house at least thirty to forty times.

The record is surrounded by dark themes, which you can hear in “Monsters,” “Dead Inside,” “Burn,” and “Stab,” can you talk more about these tracks?

GS: When I’m writing lyrics, it really is a catharsis for me. It’s the way I exorcise my demons. I get all the bad stuff out through writing and singing. I really wanted this record to feel like a sanctuary for anyone who has felt pushed out or like they don’t belong.

“Dead Inside” talks about the really heavy subject of suicide, and just getting to a point where you want to die. Part of you wants to seek salvation but you’re just so tired, you have no more fight left in you.

“Burn” is an uplifting song to me. It talks about how you’re going to get hurt over and over again, but it’s on you to get up over and over again, and do it again. Each time you do it, you get stronger, and you hopefully see some of the patterns you’ve created for yourself so that you can finally change sin into grace.

“Stab” is a song about leaving church and wanting to stab something. Instead of being an uplifting experience, I always found it eviscerating.

What was the experience like creating the video for “Godless?”

GS: We feel that visual representations of music are becoming more important than ever. We invested in a cinema camera as we want the look and feel of our videos to have the same quality as our music. We are still learning about lighting and editing video. Sean really likes the technical side of things and he now sees the camera almost like another amp. “The Godless” Video is representative of my spiritual journey. It starts out with me hiding and covering up the fact that I knew I was called to something other than Christianity. I was constrained. As we progress I discover more about what moves me as I discover Hermeticism and the esoteric arts. I come out of hiding more and more, and feel less constrained. As I revisit Christianity, I bleed. The screaming is me trying to figure it all out and fighting to find what feels right.

Your overall look has a witchy meets Black Sabbath vibe, can you talk more about the overall cover artwork?

GS: It’s a continuation of the cover of the White Witch EP. On the White Witch cover, I am being held back and masked. On the cover of our LP, 1692, I have broken free of constraints, have probably caused a lot of destruction, and am now being judged for it. I wanted something that wasn’t pretty. I wanted it to look like I had been through a lot. I wanted something that looked dirty and messy but still darkly elegant for lack of a better term. I wanted the cover to be a quasi-portrait of someone searching for meaning after being abandoned by their beliefs but still having grace in difficult times. 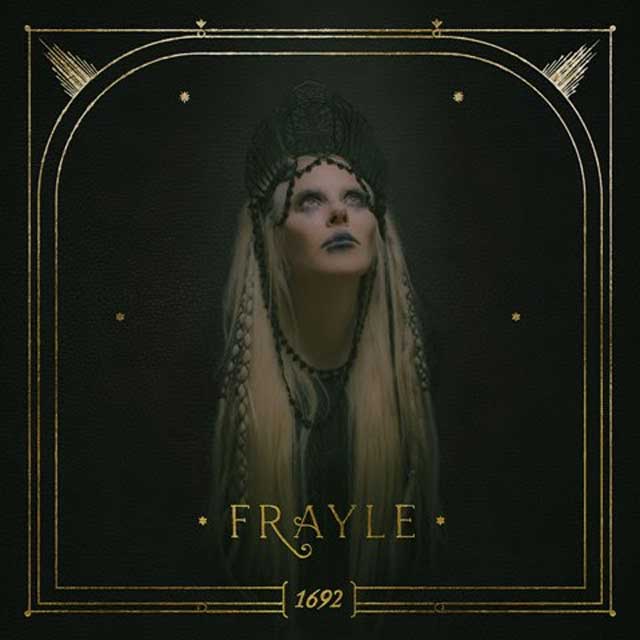 We recently celebrated International Women’s day, what are some of your favorite female musicians?

Due to the recent coronavirus pandemic, what prevention steps do you plan to take while on the road?

SB: As of now there is no road. We’re looking into different ways to live stream, whether it be performances or just interacting with people about music, gear, etc.

Do you have any touring plans you can reveal to us?

SB: We just started working with a booking agent. It’s still early but we are very excited to be working with her. Hoping to have news once the dust settles from the mandated venue closures.

GS: We have a new song being released soon on the “Women of Doom” compilation that Desert Records is putting out called Marrow. We’re also working on a song collaboration with our good friends (and label mates) Rebreather.

Instead of hitting the road, Frayle has been staying active by sharing a DIY PDF step by step guide on creating a face mask and found innovative ways to keep their fans entertained during the COVID-19 pandemic by participating in livestreams and podcasts. 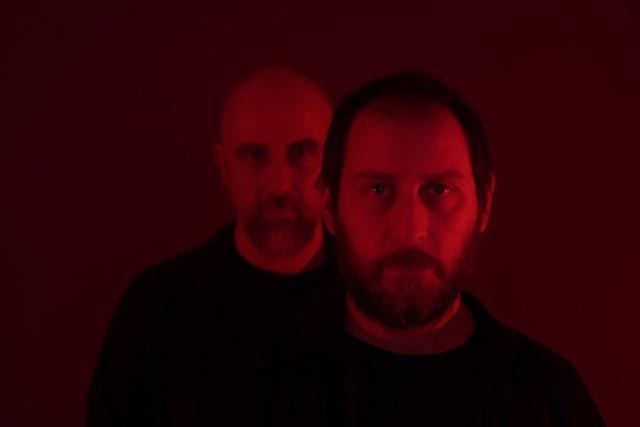 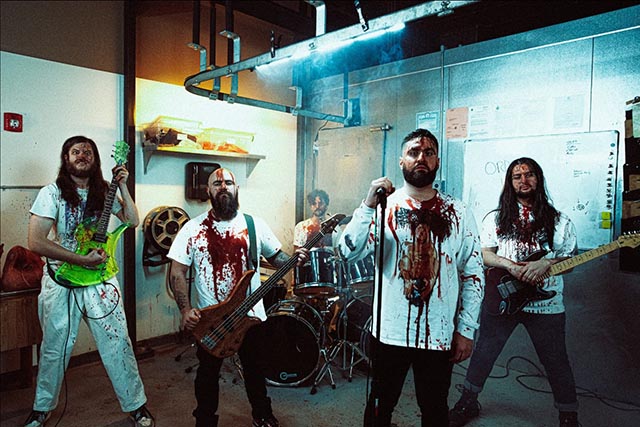