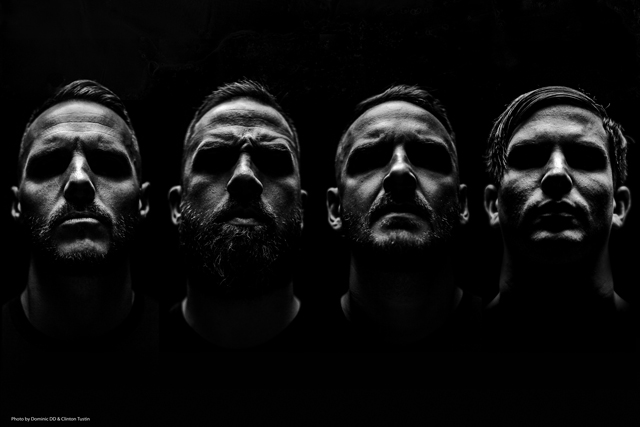 Canada tech death outfit Beneath the Massacre released their first album in eight years with Fearmonger (order here). The record marks their Century Media debut and their overall return. We caught up with frontman Elliot Desgagnés to discuss their latest offering,

Can you talk more about when you decided to return?

We never really broke up, we just gradually kept doing less tours, less shows, practiced less and wrote less. So coming back was more about asking each other if we had the time and the will to release a new album. After a few years of asking those questions, the answer eventually became ‘yes’ and so we did it. It all became clearer in late 2017 when we solidified the line up with Anthony Barone on drums. We right after reached out to our old friend and producer of past albums Christian Donaldson (Cryptopsy) if he wanted to try to make room in his schedule for our album which he accepted despite the fact we didn’t have a clear plan of when we would record and what we would do with the album.

What was it like when you signed with Century Media after a seven year absence?

We were quite surprised to have generated such interest from various people in the industry. When Century Media approached us, we didn’t really know what to make of it since they are such a powerhouse in the metal community. But in the end we realized they are fans of music like everyone else and their enthusiasm over the record convinced us that we have found a new home.

What was the process like creating the new album Fearmonger?

We wrote the songs throughout the entire time we weren’t active. This means some of the songs are actually over 6 years old already. This gave us a lot of time to write and rewrite the songs. Maybe too much time to the point where we sometimes thought we were going mad and going insane over small details. To make sure we were not over thinking the whole thing and not overlooking anything either, we hired our friend Antoine Lussier (Ion Dissonance) to help us out with preprods right before the studio. It really helped us to have an outsider’s opinion on the tracks and reassured us we were ready to hit the studio. 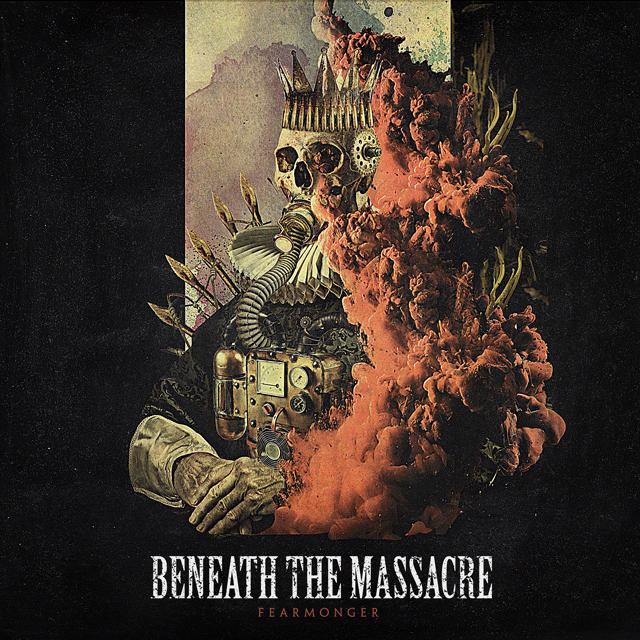 Are there any particular themes in the album?

There is not a particular theme that is present on the entire album. The title refers to the first track of the album ‘Rise of the Fearmonger’ (the last track we wrote for the record) and it is about the rise of populism in modern politics and all the shit show it is giving us. I tried very hard to touch various subjects on the record without making it too obvious or preachy but more to maybe ignite a reflection in the reader’s mind. As usual, most of the time the songs are somewhat of an analysis of the human condition.

Musically, how have you changed since 2012’s Incongruous?

I think we always were going in the same direction and are simply getting closer to what we always wanted to be doing. ‘Incongruous’ was a bit too linear when we look back. That’s what we wanted back then but I think we learned and grew from it.

Can you talk more about making the video for “Rise of the Fearmonger?”

That was very simple. We talked to Century Media about how we always liked animated videos and stop motion, and pretty much any idea of video that would not be starring the band as we are kind of reserved people and always think the music should speak for itself and not our looks and moves etc…Anyways, they simply put us in touch with Costin Chioreanu and it was a done deal. I sent Costin one simple paragraph explaining the meaning behind the song and he came back about two weeks later with the video as you can see it right now. We were all so impressed because we’re the type of band to always find something to tweak and never be totally satisfied with anything and there was this guy just absolutely nailing the subject in one video.

Thank you for taking the time to ask us questions! And thank you to our fans that were writing to us on social media for years and asking for a ‘comeback’. Unknowingly, you guys really did make a difference in our decision to put out a new record and to tour the world again!

Tags: Beneath the Massacre, Elliot Desgagnés