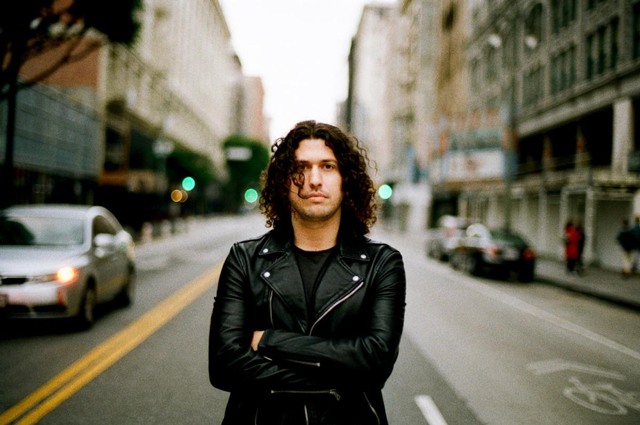 The New Regime, Ilan Rubin’s project wrapped up his tour with Angels & Airwaves last month as he was promoting his new EP Heart. Heart was just the first of the few EP’s Rubin will drop before his full-length album Heart Mind Body & Soul arrives. We caught up with Rubin during his time doing double duty on tour to discuss more on his new album and what fans should expect.

It’s been quite some time since Angels & Airwaves booked a tour. How did this one come together?

It came down to Tom [DeLonge] feeling like he hadn’t done it in a while, just something about him feeling the right time happened, and that was that.

I heard the new Angels & Airwaves album is almost finished, is there anything you can add about it?

We’re working at it. We will work at it, towards that as well, but I really don’t have much to say about it yet.

How was it performing double on this tour with The New Regime?

It’s really good. I’ve never had more energy on tour, it keeps me up. The schedule’s pretty full-on between the consensus with our fans, and us warming up before but it’s been a really great time. The crowd have been very receptive.

Can you talk more about your new EP, Heart?

Heart is four songs off of my upcoming album called, Heart Mind Body & Soul. Now, these are not necessarily the first four songs from the album, but four songs that I thought would be a good introduction to the next chapter on The New Regime.Every month or two months or so, an additional four songs will be coming out. Then once the last part is wrapped, the final 15, it will all be under the title, Heart Mind Body and Soul, because the EPs disappear, all the songs will be sequenced.

You performed at Woodstock at an age where kids probably didn’t have permission to attend the festival. You also worked with bands from all over the spectrum, between the now controversial band Lostprophets to Nine Inch Nails, and Paramore. With that being said, throughout all of these experiences, what was the most challenging for you as an artist?

There’s no real definitive moment of particular struggle or challenge, you just stick with it. I’ve been playing music for 24 years now, or whatever it is. It’s just been my life. One thing has always lead to the other, and that’s pretty much it. I wouldn’t say there’s any specific time that comes to mind, it’s been one really long career so far.

When you were 11 years old to now, did you expect that your career would turn out this way?

What plans do you have later this year, or earlier next?

Well, right now I’m focusing on finishing the tour, and some other shows that we have later in the year. I’m talking about stuff, well both New Regime and the Angels & Airwaves tour, and the results are limited to silly scheduling gaps this year with New Regime stuff. But I’m really focusing on everything that goes on with the release. Like I said, every month and a half to two months something new will be coming out for The New Regime, and I will be working on whatever has to support that.

What advice do you have for young drummers who are just starting out?

A good tip would be, when anybody starts into it, they very quickly want to go to playing fast, or playing and skipping, or whatever it is, but at the end of the day it’s part of practicing. You rarely get to keep it, especially in a typical way. So, really take your time, just getting good at your instrument. The other thing is catching the groove and feel, and how you can best be the supporting role of the song, and the thing that drives everything forward as opposed to the showboat, so that’s my advice.

Is there anything else that you want to add?

I want them to go look and see the latest EP, Heart and follow everything, and that’s pretty much it. I just really looked forward to everyone hearing the EP, because I’m so proud of it.

As Rubin promised, The New Regime will release the second EP Mind on November 22nd as he premiered a video for the song “It’s Gonna Be OK.”

Tomorrow (8th) The New Regime will unveil another new song: