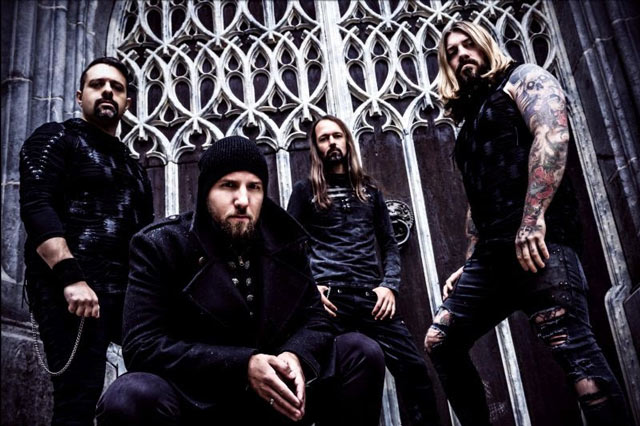 Austria’s symphonic power metal giants Serenity have released their new album The Last Knight on January 31st via Napalm Records (order here). The follow-up to 2017’s Lionheart follows the conceptual story of the Holy Roman Emperor Maximilian I. We caught up with bassist/vocalist Fabio D’Amore to discuss the new LP, including which song was the most challenging to record.

Musically, how would you compare The Last Knight to 2017’s Lionheart?

There’s definitely a difference between the two albums – not to mention the obvious character change, which then leads to musical differences, the variety of styles that The Last Knight has aren’t comparable with Lionheart’s ones. Lionheart was moving towards more classic coordinates, whereas The Last Knight would give the listener more stylistic differences, incorporating elements that the previous album didn’t necessary underline

What was the recording process like for the new album?

The formula didn’t change that much compared to the past: Georg, Chris and me contributed for the creations of the original ideas, but this time we had two “new entries”: Marco Pastorino (Temperance) has written some of the songs with Georg, and our new producer, Sascha Paeth, who doesn’t need any introduction, made this consistent formula elevating to the next level. Also, compared to my usual duties to take care of the bass recordings in my studio, I’ve also taken case of the lead recordings of Georg, and we’ve also added a choir and backing vocals recording session in Sascha’s studio, where me, Marco and Georg have arranged layers of vocals together.

What made you select the Holy Roman Emperor Maximilian I for the inspiration behind this album?

It’s pretty simple: Maximilian I is a national and local hero, here in Austria where the band is from, and especially here in Tyrol, where the band has its headquarter. Tyrol has always been one of his favorite residences – and during 2019, the year when we concept and completed our new album, it was 500 years of his death, and there have been celebrations and commemorations all over the Country. So we thought that would have been another good reason to choose him as the main character of our story.

Are there any songs on the record that were more challenging?

Personally for me, “My Kingdom Comes” is one of the most difficult songs we have in our repertoire so it’s gonna be challenging to play live also. And of course, “My Farewell,” the ballad, has of course always a special flavor you need to take care of in the studio, to make it happen at its best.

Can you talk more about the song “Set the World on Fire?”

It’s our first single from our new album, and one of those songs that Marco and Georg have written together. Perhaps a little unusual single and song that a Serenity fan could expect but definitely has our trademark in it. I would say very melodic and mesmerizing chorus lines – you will find yourself singing those vocals for some time!

What was the experience like creating the video for “My Kingdom Comes?”

It has actually been easier and faster compared to the other two videos: the band’s scenes were quite smooth and didn’t take much time. As far as I know. Also, the fighting scenes weren’t difficult or hard to arrange and the guys have done a great job. All in all, it has been funny and not exhausting at all.

What touring plans do you have for later this year?

We’re ready to embark on a three weeks-tour with Rage all over Europe, and we can’t wait to play some of the new material live as well. After a short break in March, we’ll be back on the road for our own headlining tour, together with Dynazty, Victorius and Ad Infinitum: a great tour package!! Then we will for sure announce some of the summer festivals, and we will also hit Russian’s ground for the very first time: We will play Big Guns festival in Moscow, on July 2nd.

I’d like to say once more how smooth and exciting have the recording process and the mixing process been, working together with Sascha and seeing the evolution of the songs, coming to life from demo ideas till final versions. It hasn’t been so strong before, and you can really hear it on the album! 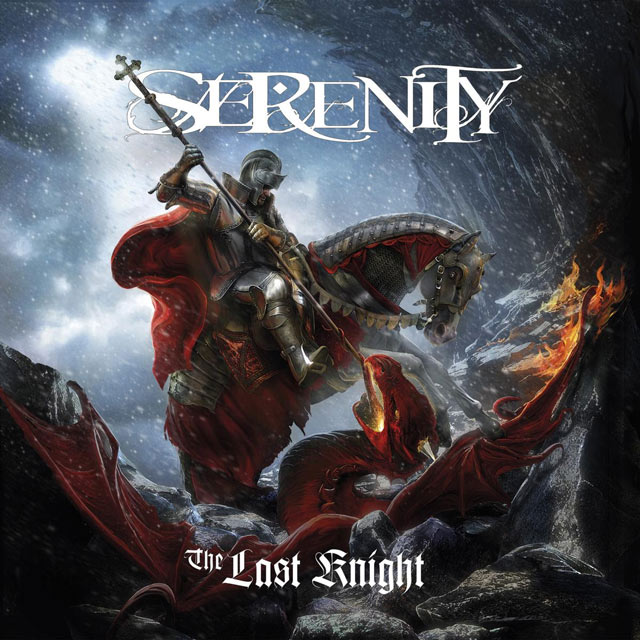