Israeli progressive/symphonic metal outfit Scardust have kept their promise by releasing their new album, Strangers, which arrived on October 30th via M-Theory Audio. The band has gone through some challenges due to COVID-related restrictions. However, they did what they could to push ahead to unveil, Strangers, to their fans. We caught up with Yoav and Orr to discuss the new album.

I read how you started to record the album right before the pandemic hit and then it led into quarantine to the point that you became each other’s saviors. What made you keep going to complete the album, Strangers, despite the surrounding challenges?

Yoav: Well, at first we actually thought that we might have a chance to rehearse enough and squeeze the schedule to make it to 2019. When we saw it was not going to happen we settled for 2020. So from our point of view it wasn’t an option to wait another extra year. Besides, we promised our fans a new album sometime in 2019 2020, and we owed it to them. Also, putting the album out now makes our schedule free in mid 2021 (except for, hopefully, touring) so we can start writing a new album. So from that point of view, there was no sense in holding back the band’s next albums and plans in a whole year.

What are a few things you have learned from this surreal experience with 2020?

Yoav: Governments are even dumber than I thought. Try to make the best of every situation.

Orr: Yoav phrased it perfectly! For me it was also the importance of walking the least travelled paths.

How has the overall response been with the new album?

Noa: From what I see, people either love it or hate it, and there is not much in between. I personally take that as a compliment, because it means you can’t stay indifferent to it.

Yoav: Alongside what Noa said, most responses are excitingly great! Our fan base says it’s even better than the previous album and new fans are sending endless messages to us via social media.

You’ve released a series of videos so far for the record, what was it like getting these clips together during a pandemic?

Noa: Imagine all the challenges that a pandemic can bring to productions of this sort, and duplicate it times 10! We had the worst luck. For example – two whole productions got cancelled last minute (just a few days before the first lockdown that took us by surprise, and again a few days before the second one) and months of hard work got completely thrown away within seconds. The productions that we managed to make had to be planned last minute because there was no way of planning anything ahead. Also, they had to be produced with zero budget because we had no way to afford what we initially planned, without concerts, that otherwise would have been the main source of funding. This was definitely a huge challenge that brought a lot of stress, white nights, and heartaches.

That being said, many people around us understood the situation, and family and friends stepped up to support and lend their helping hand, from the smallest thing like giving us a ride or bringing cookies on set, to actually join the production team. The dedication was out of this world and this definitely raised the morale. At the end of the day, with everything that went wrong, we had fun in the process. Plus we gathered tons of stories to tell our grandkids someday!

Can you talk more about the concept behind the record?

Orr: We thought that the idea of estrangement would be best delivered if we wrote pairs of songs, recorded them each as one long piece, separated them artificially in the final editing stages, and then put them on opposite sides of an Arch Form. This creates an album that sounds more familiar in its second half, just when the listener begins to lose attention. To deal with the fact that many will hear the album in Shuffle, we also used Theme and Variations – the entire album is based on the very first musical theme it begins with! All of this is meant to play on the theme of familiarity and estrangement, and also compliment the lyrics which deal with many different ways of being estranged, each pair of songs in its own way.

While shows remain uncertain, do you have any plans for a livestream or virtual tour next year?

Yoav: we just recently did a free live stream show, to celebrate the release of the new album “Strangers.” We are thinking of maybe another live stream show in early 2021 but it’s hard to tell right now when, how and if this will happen.

Orr: For all musicians out there, spend the time in which you have to stay at home preparing and practicing. People miss live shows a lot, so when those will be back the crowds will be huge! 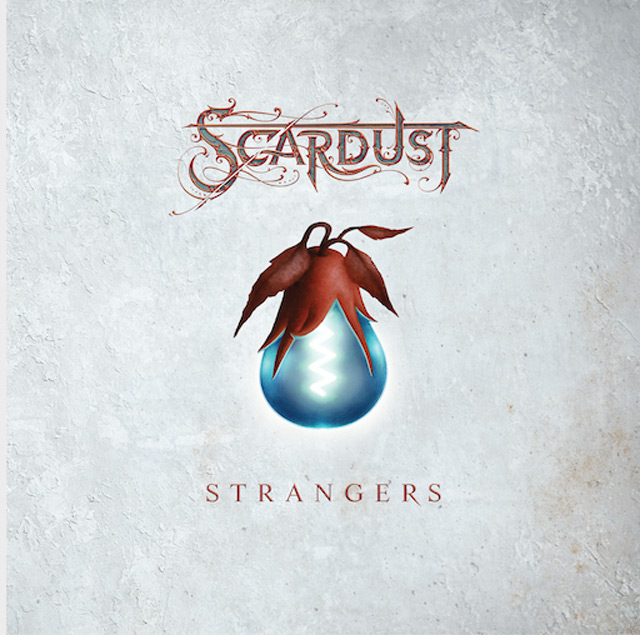