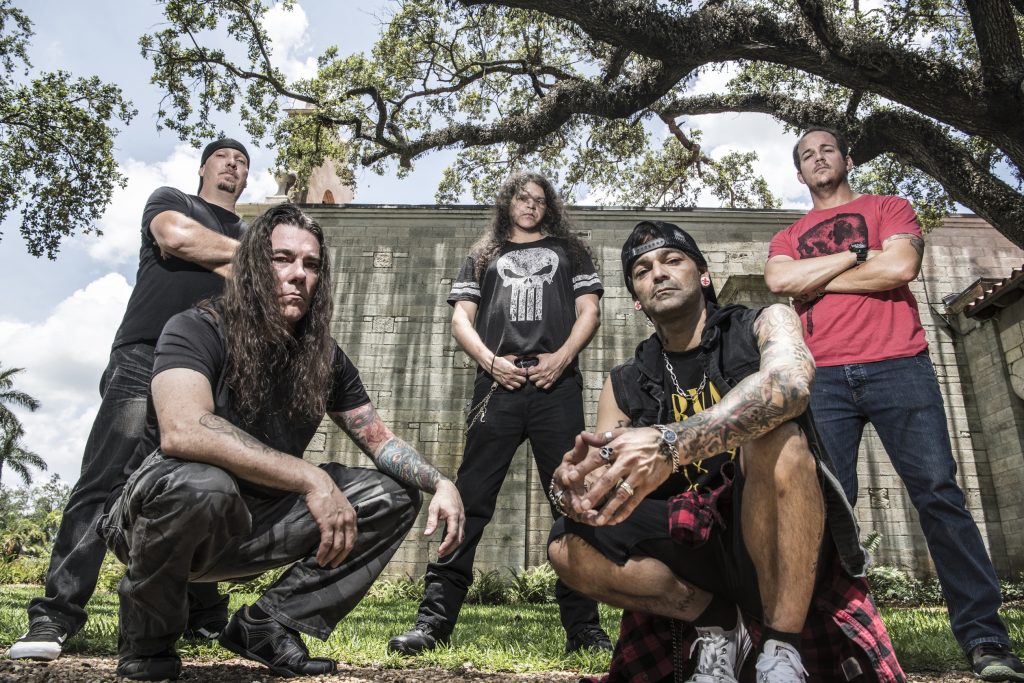 On September 28th, Livekill’s EP Turned To Grey will be released via SWOL records (pre-order here). The southern Florida metal outfit are known for their high-energy blend of alternative metal and hardcore style that pairs well with their deep lyrical messages. The EP’s artwork by Eliran Kantor (Testament, Soulfly, and Sodom) is based on Shinichi Tetsutani, a three year old boy who lost his life on August 6th, 1945 at Hiroshima. Additionally, Turned To Grey can also be interpreted as the general fragilities of life. We were lucky to speak to guitarist John Snell to learn more about the project, their upcoming EP, plans for 2019, and more.

For those who are unfamiliar, can you explain how Livekill formed?

There’s a lot of good talent in our area and most of them are in good bands. It took about two years to get the line up where it is today, going through musicians. It wasn’t like I had a bunch of friends playing music and said “let’s make a band”. It was a lot of hard work to keep writing and looking for the right people to complete LiveKill. I was at Derek Roddy’s studio one day and he suggested I call up Anthony (Laurella – Drums), that he would be a great fit for us, he has been here ever since. I met Carlos (Guerreros – Vocals) at Solid Sound Studios one night at a practice. I found Sean (Young – Guitar) on Bandcamp and Sean knew our bass player Erik (Lissabet) and brought him in. Amazingly we all get along great and we plan to be around for a long time.

What was the process to make the EP Turned to Grey?

I had a bunch of guitar riffs that I wanted to turn into an EP. A friend of mine suggested I hit up Kevin Talley and see if he wanted to lay the drum tracks down, and he was in! I wanted a really good strong vocal mix in our recording and after searching, I found Alastair Sims to mix and master the EP. For me this was a great way to make this EP, as it allowed me to work at my own pace and get all the details in the way I wanted. It also allowed me to show potential band members a completed sound with a clear direction.

I read how there was a last minute location change for the music video, “In This Moment,” how would you handle these type of challenges in the future?

Yeah, that was a pretty big problem while it was happening, but we ended up with a better video that what we thought we would get. I didn’t give any money up front at the time for the rental and maybe I should have given a deposit, but he didn’t ask, It was all on a hand shake. You have to be able to handle the problem as it arises in a positive aspect and keep everyone moving forward.

I hear a mix of hardcore and nu metal influences, part of the song “In this Moment” had glimpses of Slipknot and then I heard a bit of Of Mice & Men and so forth. How would you describe your overall sound?

I never really wanted to learn any cover songs or play covers. I always thought it would lead me down someone else’s path of where they are musically. When I play I just hear me and what my fingers are coming up with.

So, to hear you say that you hear sounds of Slipknot and Of Mice & Men in the songs makes me think I’m on the right track. The whole idea was to create something unique for the listener.

What’s next after the EP?

We have a few shows booked as the EP releases, with (Hed) P.E. and Doyle, and we are working on some other shows. We have a couple more songs almost ready that will be released as singles.

In March and May of 2019, I am looking to do a regular tour with the band, and in in June of 2019, to get on a national tour for summer. It’s like everything we do today is always 6-9 months away.

What are some of your favorite bands in the Florida metal scene?

There are so many great bands from Florida – Death, Obituary and Cynic are few and Marilyn Manson is another local band from the Fort Lauderdale area. I went to high school with Jeordie White from Marilyn Manson, so it’s always fun to say hey, “I knew him before it all”, but now that I’m in a serious band looking to tour I’d really like to do something with Nonpoint, another great local band.

The EP was inspired by history about the atomic bomb in Hiroshima during WWII. Have you considered writing music based on history?

I like to write about anything that brings a high level of emotion into the writing. Whether it be the shadows left behind from the bomb blast or images of a high school shooting. I built this thing based on what I thought the scene was lacking, with a heavy message that would capture your attention.

Livekill is already shaping up to be an overall inspiring act, as you reminded us how short our lives are, how would you present this energy to your live shows?

When we play live, you can expect to see a lot of energy on stage. You can usually find Carlos on top of the club’s PA speakers or somewhere high up jumping down, in the crowd doing some crazy shit.

Anything else you want to say/add to your fans?

We are just getting started and there is more coming, this is not a one shot thing and we have a lot planned looking to tour in 2019. Tune in, follow LiveKill and say you were here from the start! 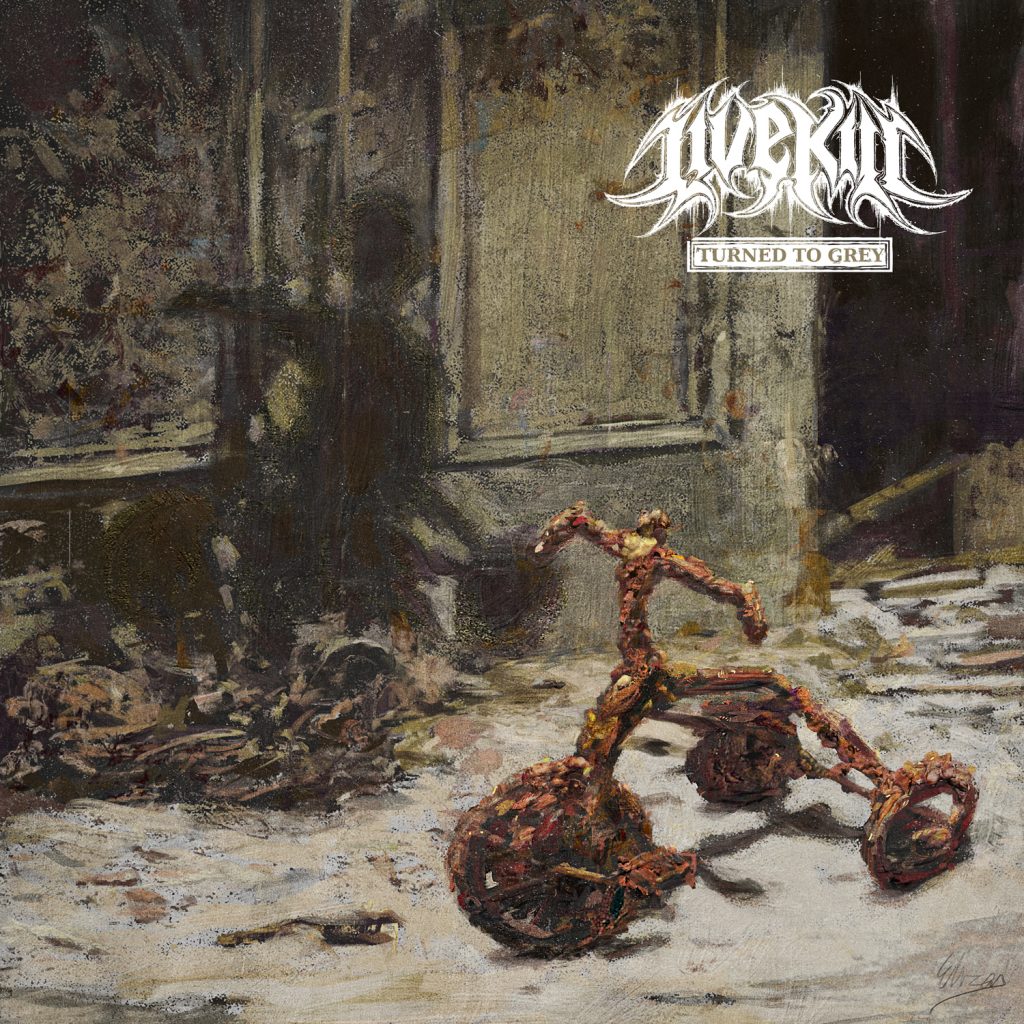