Finnish symphonic metal outfit Dark Sarah released their new album, Grim, on July 17th via Napalm Records. We caught up with the group to discuss their latest effort, life during quarantine, and their recent livestream performance.

How has the response been so far for the new album, Grim?

The response has been very good! It looks like the small changes in the production was a good decision.

You managed to make three videos during these strange COVID-19 days, can you discuss the process for the videos “Illuminate,” “All Ears!” and “Melancholia?”

Sure, it was very close. We couldn’t have done any videos because of the lockdown of southern Finland. Just a week before the shooting of our first music video for “All Ears!” , the lockdown ended. We just needed to keep scheduling everything and hope when the time comes, we can safely shoot videos. Although we needed to minimize the contact to other people at the scene and also the number of people in the room. Only ten people all together were allowed in the same room. Illuminate was shot much later and the situation was a bit better then. We shot the videos at Akun Tehdas in Finland in Tampere, in the same studio. The video for “Melancholia” was collected from the video material we shot at the album recordings last year.

What songs were more challenging to write on this album?

Mörk was the hardest and because I couldn’t write it the way I wanted it to be. Our producer Mikko P. Mustonen with whom I co write a lot, wrote the song in the end. I wrote a lot of demos for this album, around 25, during the two years time. But still I needed even harder riffs and quirky elements on it that I could do by myself.

What has it been like for you to release a new album during a pandemic?

A bit worrying tbh. It looks like there won’t be many shows happening during the next 6 months or even more and promoting the album without live shows is always hard. But we’re trying to make the best out of it!

What has kept you busy during the time of quarantine?

I spent many months at home and luckily it was spring so I could do the gardening. And I was actually very busy with the crowdfunding and album release arrangements so I worked a lot from home.

What was the experience like to have a record release livestream performance?

It was great and not much different from the live show. But surely there are some technical things we would maybe do better if there were more livestreams in the future. But surely a great thing to do during this time when touring is not possible!

If you want to dig in deeper to the Dark Sarah concept and Grim album, remember to read the GRIM POEMS book to get a good view of the album story. Take care and stay safe! 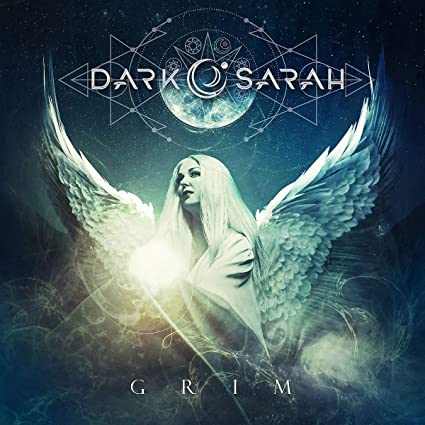