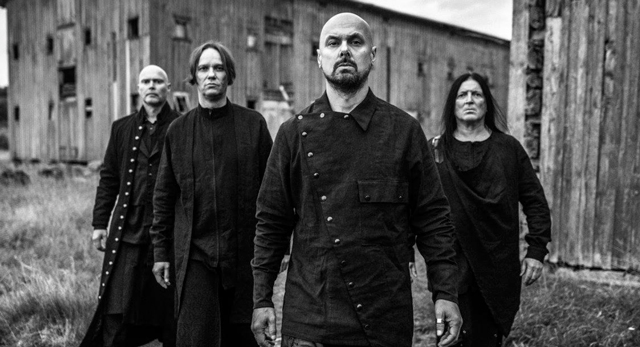 Norwegian hard rockers Conception are back as their first album in over twenty years has finally arrived with State of Deception (order here). We caught up with frontman Roy Khan (ex-Kamelot) and guitarist Tore Østby to discuss their latest offering, their overall return, and coping with these challenging times due to the COVID-19 pandemic.

How has it been bringing Conception back and releasing your first full-length album in over twenty years?

Tore: It feels great! The process of getting back on track and creating the new material has been inspirational and rewarding. Even more rewarding getting so much great feedback, and actually understanding how much our music means to so many people.

Roy: We are proud and stoked to have delivered an album that seems to be liked out there. We are very happy with “State of Deception” ourselves, but when others say they like it as well that’s a great bonus for us. This feels pretty good!

What were some challenges going into making State of Deception?

Tore: The music more or less wrote itself. If any challenge, I would say it was making the production. We produced it ourselves, and we were working between different studios in Norway and Sweden, and had some additional keyboards done in Germany. We did it for the first time with the EP. It takes some time, and we learned a lot during these two productions, but are super happy with the results.

Roy: The pressure we put on ourselves is always a challenge – and I’m not gonna lie; when our crowdfunding platform and facilitator went bankrupt right after our campaign in 2018 I wasn’t too optimistic. We managed to take over all logistic tools and data lists however and turned the whole thing around so everyone could have the stuff they had pre-ordered.

How long did it take to complete the album and what was the recording process like?

Tore: We did the recordings in sessions. As we already had the basic music to all the material completed in 2018, except “In:Deception,” we recorded the drums for both “My Dark Symphony” and “State of Deception” at the same time. We used some outtakes from the same drum recording session for “In:Deception” as well. The drums were recorded in MLPStudios in Norway, with engineer Nils Harald Mæhlum. Then bass, guitars, keyboards and orchestrations were done in my Stockholm home studio, with some keyboard and orchestration additions in a German studio by Michael Rodenberg. Simultaneously with me recording here, Roy was recording his vocals in Stable Studios in Norway, engineered by Leif Johansen. We were constantly sending audio files back and forth to comment on each other’s recordings and throw ideas. It was a time consuming experience, as we also completed music and lyrics as we completed the recordings. So drums were done February 2018, and we also kept some guitar solos and keyboards/orchestration from the demo/songwriting stages. Sosome was also recorded in our family cottage up in the Norwegian mountains. The main part of the recordings was done October/November 2019.

Roy: The songs for both the new album and the EP were mainly written in the period between 2016 and 2018. A few ideas were either from years back or brand new. However, the process of recording was lotsa hard work, but it paid off big time.

Can you talk more about the songs “Waywardly Broken” and “Anybody Out There?”

Tore: The first parts of “Waywardly Broken” was written back in the early 2000s, when Roy and I shared a house in Oslo – he was in Kamelot and I was in ARK. We jammed out the basics to the verse and chorus. We brought these parts back up during one of our songwriting sessions up in the Norwegian mountains around 2017, and then completed the composition with orchestration, mid section, arrangement and vocal melodies. I wrote the basic music to “Anybody Out There” during a holiday in Southern Portugal. The inspiration and music came to me when we discovered an abandoned house, not far from a house we were renting. The walls were filled with writings, and when we got them translated, it was clear they were written by a very disturbed and lonely man, claiming something really bad had happened. I think especially this crazy man’s loneliness and sense of hopelessness got to me. The music just manifested itself, so I simply had to spend some of my holiday getting the basic orchestrations down on my laptop. It came in waves, and I remember even having to leave the dinner table in the middle of dinner with friends to get some parts down as they arrived.

Roy: “Waywardly Broken” is a song with a lot of hope despite its certain melancholy. It’s about life from death. Seeing yourself and the world in a new context. It’s a song about belief whereas “Anybody Out There” takes a spin on doubt, loneliness and depression. The chorus is almost like a prayer.

Due to the COVID-19 pandemic, people have been getting creative on planning either Social Distancing concerts or even Drive-In events. What are your thoughts on how concerts will look like in the future?

Tore: There has been so much tragedy in the wake of this, so much worse than the fact that the live scene has had to be on hold. It was however, very disappointing for both our fans and us that we had to postpone the planned European tour until next year, but I am sure the world will come back to normal sooner or later, so the live scene and travelling possibilities can come back to normal. So step by step… I am living in Sweden, and the rest of the band in Norway. There are border restrictions right now, which makes it difficult for us to get together right now. It is really nice to see that artists and community are adapting to the situation like this. I have enjoyed a few live streamed concerts and other live events. We will also probably do some kind of live streamed event on socials soon.

Roy: I really believe we will be back to somewhat normal not too far from now. I can’t imagine how we could afford not to. The alternative concert forms we see these days are interesting. Streaming gigs will for sure be more common, but I still think people want to go out there and socialize with others. That’s what going to a gig really is – experiencing a band together with lots of other people around you.

What have you been doing to keep yourself busy during this time of Quarantine?

Tore: A good thing with this is that I haven’t listened to so much music since I was a teenager. Being used to going in creative bubbles, isolating ourselves in shorter periods to have full focus on creating music, this time of isolation is not new other than the world’s challenges that comes with covid-19. I also got myself an acoustic bass, and spent some time on getting used to those very thick strings.

Roy: With three children in primary school you don’t need to do anything to keep yourself busy 24/7. These last weeks they’ve been doing school from home too. Other than that we’re all busy with interviews and post-release related work.

Tore: The times are challenging, even very hard and tragic for some. There are better days ahead, we’ll get through this together! I can’t wait for borders to open and it will be possible to perform live again, but in the meantime it’s important we take care of ourselves and each other and listen to the advice and restrictions from our local authorities. Stay healthy!

Roy: Please stay safe and healthy! Thank you for your supporting Conception and please check rescheduling of tour-dates and other news and updates here. Hope to see you out there somewhere soon!!! 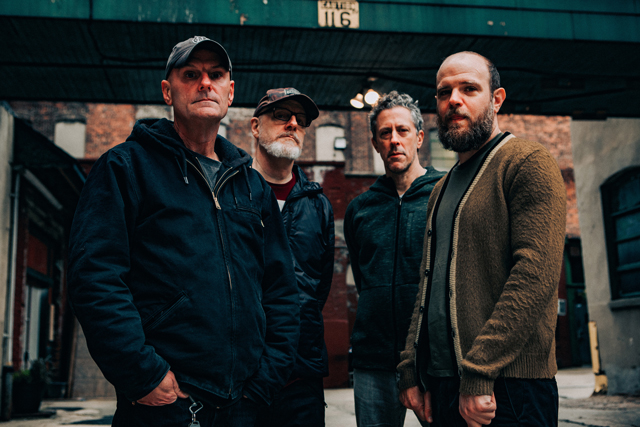