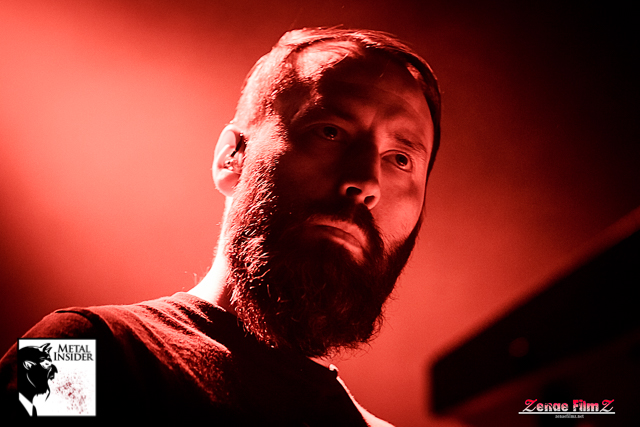 Carpenter Brut’s new album, Leather Terror, is available now via Universal. We caught up with the mastermind himself to discuss the latest full-length offering.

I did everything with my computer. My synths were unplugged after the 2018 and 2019 tours and I was lazy to plug them back in. They are still unplugged haha. I had my scenario in mind, I knew what musical direction to follow, I just had to get started. I started with about thirty tracks and only kept twelve to have something varied enough to avoid a too monotonous listening. The features were recorded by the artists in their studios or at their homes, and everything was done remotely. Anyway, because of the pandemic and the fact that we all lived in different countries, we didn’t have much choice. I then mixed everything at home with the help of Thibault Chaumont who also  mastered the record. Everything went well and the pandemic finally allowed me to take the time I  needed to compose the album.

Can you talk more about the overall Leather trilogy?

The first part – “LEATHER TEETH” (released in February 2018) – was set in 1987 and is the  genesis of the “Leather” trilogy. It featured Bret Halford, an introverted high school chemistry  enthusiast who was in love with Kendra the cheerleader star who was in love with Chip the popular high school quarterback. After being bullied and taunted by the football team at a high school  party, Bret decided to take revenge on everyone by creating a potion to control them all. The experiment went wrong and he was left disfigured. However, he decided to put his revenge on  hold: he will do everything he can to become a rock star and to get revenge on all his former  bullies. He will go by the stage name “Leather Teeth”.

The sequel “Leather Terror” is about Bret Halford’s desire for revenge, his addictions and his  demons that make him lose all sense of reality.

The next and final installment “Leather” will take place in the future with Kendra’s descendant  coming to make Bret pay for his misdeeds.

How does Leather Terror, the second part of the trilogy, play out?

In “Leather Terror”, we’re 4 years later, Bret Halford – aka leather Teeth singer of the glam band  Leather Patrol – has become a huge rock star. Even though he has become famous, he can’t stop  thinking about all the people who humiliated him, Chip and his buddies from the US football team,  Kendra…he wants to get back at them. He has become a serial killer…well, mostly in his head. In Leather Terror, as we’re four years after; Bret Halford has become a rock star bent on revenge. The album was supposed to be more mature, dark and aggressive than the previous one. So the  musical evolution follows the evolution of the character and his story. It also follows the musical  evolution between 1987 (Leather Teeth story) and 1991 when the story takes place in Leather Terror.

For me they all are. Even if you can’t necessarily hear it, everything is very precise, chosen,  thought out etc… I take a lot of time to finish a song, especially when it comes to the arrangements and the mixing. I use a lot of layers of sounds and the more you add the more complicated it is to  mix, but I know that the addition of all these layers allows for a rather unique result. It’s all  about the right amount so that it doesn’t become stodgy, a bit like cooking. For example a simple looking track like Day Stalker was a challenge to mix. I don’t even know yet how we’re going to  handle it live haha.

What was your experience creating the video for “The Widow Maker?”

In 2021 I had approached my director friends, the Deka Brothers, about a music video project  starring Dylan Sprouse who I was in contact with and who had agreed to play the role of Bret  Halford in one of my videos. So we brainstormed an idea for a script long before I finished writing the song “the widow maker”. The idea of the music video was to present the story of the second opus and to allow people to better understand the story. We even had fun reminding Leather Teeth at the end of the video with the beginning of “Beware The Beast.” I like it when everything  fits together, when everything is linked to form a coherent whole. Anyway, the Deka Brothers and Dylan and the whole crew did a great job, shooting outdoor scenes in the middle of winter, in a  lot of different places, in just two days. That’s pretty remarkable.

It’s been quite a few years since you embarked on a North American trek, what should fans expect for the upcoming tour?

Yes, it’s been more than three years since I’ve played in the U.S. and Canada. The last time was with Ministry where CB was the opening act on their “Amerikkkant” tour. Great experience by the way. I’m in the middle of setting up the live set now and I think the shows will get stronger with the new songs. We will still have screens but the visuals will be made by Dehn Sora and  Polygon1993, two Parisian artists, to replace the horror movie clips I used in my old shows and  which I think have had their day. Anyway, all in all, everyone should have a good time because I  think people are craving concerts so we’ll see if they’ll be there and in great shape, haha. 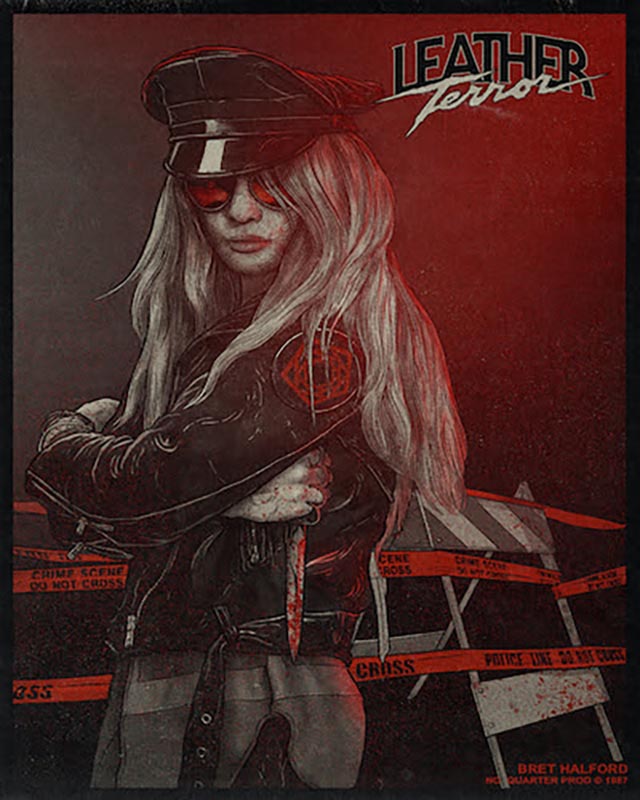