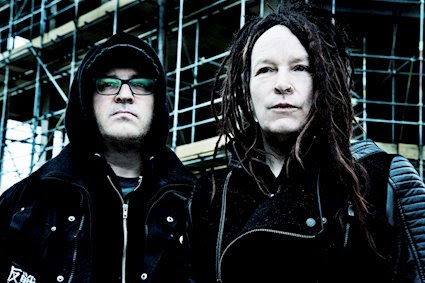 Although the British crust punk/thrash metal outfit Axegrinder career was cut short, just three years after the release of 1989’s The Rise of the Serpent Men, they have left their mark in the underground scene as their work has been compared to legendary bands Motorhead and Venom. The group called it quits back in 1991 and twenty-four years later, they reformed. Now, three years after their return, the group has released their first full-length album in 29 years with Satori (order here). We were lucky to speak to Trev (vocals) and Steve (guitar) about their overall return, the new album, and more. Read the discussion below:

What was it that convinced you to reunite Axegrinder?

Trev: that’s a great question. I am not a big fan of reforming bands in general so why go and do it myself. Well I can say it’s definitely not a midlife crisis as I am well past midlife and there is no crisis to speak of! I suppose we ended quite abruptly and I always felt we never ever realised our full potential as a live band which we are now working hard on to rectify.  Plus it was fun to do, I think sometimes people forget or undervalue the importance of having fun!

Steve: I don’t think there was any one thing that convinced us to reform as such. Me and Trev have stayed in contact over the years, and of course the subject of reforming often cropped up. But the timing was never right, I had other musical projects ongoing and Trev was busy with his work in the music industry and his family. I’d been kicking around ideas in 2016. I sent Trev the demos. It just clicked from there. It felt right and there was no pressure.

How was the experience writing Satori after a near 30 year break from 1989’s The Rise of The Serpent Men?

Trev: Rise was written in squalid rehearsal rooms or flea bitten squats over a long period, mostly fuelled on cheap drugs and alcohol. Satori was a completely different beast as Steve had already written all the music before I got involved. Rise lyrics were an afterthought which is pretty obvious when you look at songs like “Hellstorm,” “Final War,” etc. They seem to of struck a chord with some people though so I am thankful for that. The lyrics for Satori were written over a three month period and went through lots of amendments. Having no time or label pressure was very liberating.

Steve: Haha, good question. Fun and strange in equal measures. There are nods to Rise; I admit that. But I tried not to copy it, we both didn’t want to write Rise 2. It wasn’t right doing a follow up. Writing with Trev was brilliant, after so many years we clicked instantly. No pressure or outside influences to worry about.

What response did you think you would receive from fans?

Trev: everyone knows how humbled we are over the continuing interest of a band that finished nearly 30 years ago but we have never worried what others think of us, ever. If you worry or pander to others expectations then you might as well stop doing what you’re doing immediately. People wanting Rise II are going to be disappointed but I can look anyone in the eye and say we wrote this album from the heart and with 100% integrity.

Steve: Hmmm. That’s always a hard question. We hope they like it of course. But ultimately we like it, that had to the end result. Are we songwriters for ourselves or the fans. It’s tricky because you have to do both. But for me, I have to like it. We are humbled that Rise Above has given us the chance to release the new album after all these years. We’re also blown away by the response and support from fans and friends over the reforming and new album. Without them I don’t feel we’d have entertained the idea of another album.

How does it feel to be back?

Trev; it feels great seeing my old mates again and welcoming in a new band member. I love and appreciate the fact that we have been given new opportunities after all this time. I wouldn’t say we are back as it implies it’s a big thing and it really isn’t. We are still the same inane idiots we always were just a lot older, a lot greyer and none the wiser.

Steve: Very good. We’ve got Daryn back. Daryn recorded and played with us all though the Rise era and with Wartech, so it’s brilliant to have him back on board. Chris (bass) played and recorded with Wartech, so again another friendly face in the line up. We’ve also got Phil from SLUG on second guitar. He’s fitting into the line up. Playing the old material seemed to have a new energy behind it. It’s almost like we’ve never stopped.

After stepping away for a while, how has the music industry changed for you?

Trev; we were never part of an industry, crust existed through a network of soaped stamps and tape traders who put their pennies into making vinyl.  The music industry was something alien to that genre. I can’t speak about the industry today as Lee Dorrian and Rise Above have supported us in all of our decisions even when questioning some of them.

Steve: I stepped away for a few years. But I started playing in the industrial scene with my own band, supporting the likes of KMFDM, Nitzer Ebb and Die Krupps. I also joined Be My Enemy, the ex Cubanate guitarist’s band. So I’ve been aware of the changes. It’s a harder slog now than back in the day. In 1983 if you wanted it for free, you recorded it off a mate or nicked it from the local record shop. Now it’s so easy to download, which ultimately hurts smaller labels and bands.

What’s next for Axegrinder?

Trev: we are putting together a live set which is gaining momentum and will have a few surprises. We will just carry on fumbling around in the dark like we always have and stumble upon wonderful people and amazing opportunities.

Steve: We’re in rehearsals now with the live band, working on getting ready for shows. I’ve also started working on rough ideas for a follow up to Satori.

Can you describe the lyrical themes of Satori?

Trev: Rise was very angry but also very bleak and one dimensional. Lots of hatred and blame.  Satori is more considered and covers a wider range of topics from pedophilia in the church right through to watching loved ones die of cancer. There’s also some love songs, Satori, Under The Sun and some narrative lyrics, The Unthinkable. Most of the words will strike chords with people but there’s also some very personal lyrics that were written just for me and Steve

Do you have any intentions on writing a follow-up to Satori?

Trev: that’s up to Rise Above but I know Steve has some new ideas to play about with. I know that we don’t have 29 years to get our shit together the next time around

Steve: Well hopefully, if the live stuff goes well, I think we’d like to attempt the difficult third album, haha. I’ve got ideas and rough demos going down. But it’s all about live at the moment.

Do you have any festival appearances or touring dates that can reveal to us?

Trev: nothing in the diary yet but we are hoping to get something concrete sorted soon. Watch this space.

Steve: Nothing planned as yet. We’ll be looking into live shows etc asap. 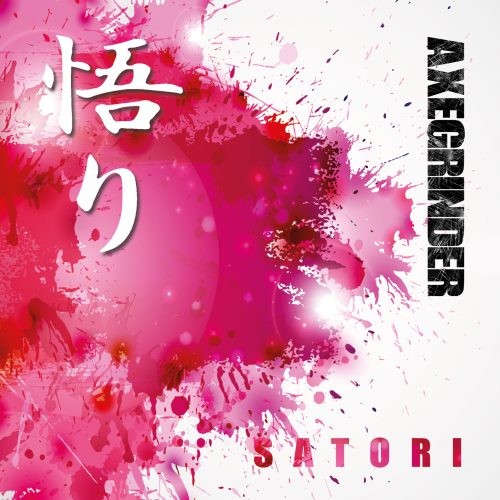