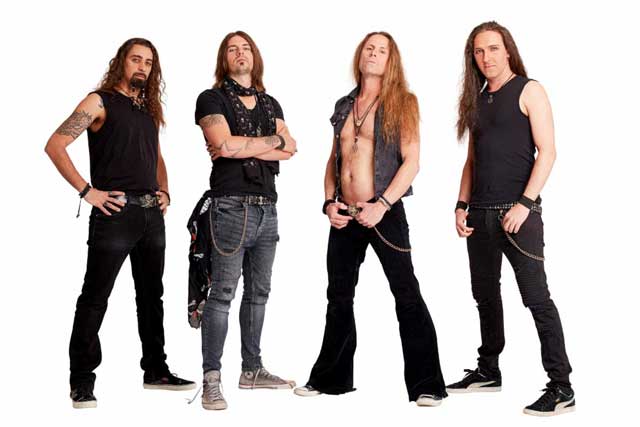 Freedom Call are currently touring all over Europe in support of their new album M.E.T.A.L, which was released on August 23rd via Steamhammer (order here). We caught up with the group’s mastermind Chris Bay to discuss more on their latest effort, twenty years since their debut, and to not take things too seriously.

Was it intentional to release M.E.T.A.L the same year as the 20th anniversary of your debut album, Stairway to Fairyland?

How have you evolved as an artist since 1999’s Stairway to Fairyland?

It was an exciting time because we got the first contract with a record label and the first touring with originals. We had a tour with Saxon from England and toured with HammerFall from Sweden. It was an exciting time. It’s still exciting. That was all new, and we felt like rock stars going on tour. It was great. The most interesting thing over the years was when you have to continue your work. The first album everything is new, and you could collect all the songs from a long time ago. The next album, you have to write quickly before the next tour begins. And so on, and so on. Now, after 20 years, of course, we have our routine. It’s not as exciting anymore to enter the studio, but it’s always a challenge for us.   Our plan is to make an even better album than before. That makes it very special, and exciting until the first critics or reviewers.

Since 2016’s Masters of Light, you have recruited Tim Breideband on drums and Francesco Ferraro on bass. How has this changeup affected the creative process on the new album?

Timmy and Francesco, they just came into the band after the recording. It was a couple of weeks too late. Our drummer [Ramy Ali] and bass player [Ilker Ersin] quit. They were not part of the creative work of Freedom Call. The songwriting and production was on my side and our guitar player, Lars. The main part is made by myself and some producers, but not the bass player and drummer. We will see in the future that our new members maybe will also be part of the songwriting team. They are heartily welcome to do that. 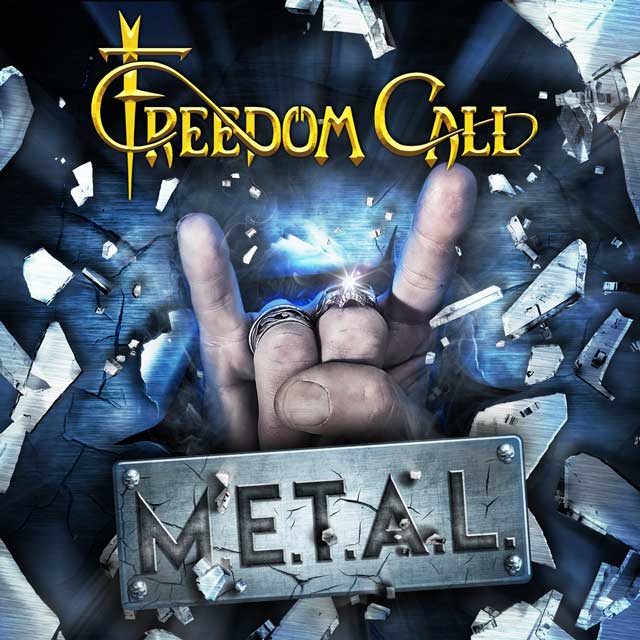 How is it performing with the new members on stage?

It’s amazing. We already recognized the atmosphere in the band is incredible. We played several big festivals in Europe. The two guys know exactly what Freedom Call needs in instruments. I’m very optimistic and positive about the future. That makes it easier and more comfortable in looking forward to playing this tour because we will spend a long time together. The first part will be a couple of weeks, and already territories like Japan, east Asia, and South America were requesting to play tour dates. We can’t wait to tour the first time in the states as well.

When are you coming to the States?

We’ve got a lot of requests. It’s not as easy for European bands to play in the states. This is because of the high expenses, travel costs, and so on and so on. We will never give up on trying to make it possible.

Would you guys ever consider making a festival appearance or a short trek?

We twice played at 70000Tons Of Metal. One time we played at the Trump Tower in Atlanta. That was amazing. It’s always incredible when you’re sitting here in Germany and living in a very small village. I have my studio in the attic, and a small room, where I’m writing songs and producing the stuff. Then you’re traveling to the states, for example, and the people are singing along to songs you wrote in your small room in your small village. It’s always an incredible feeling. I really appreciate that.

What made you guys create the anthem song “M.E.T.A.L?”

There’s no special meaning behind it. I think with a lot of fun; some people are asking me, “Why Metal?” I said, “Okay, Freedom Call now exist for 20 years.” All the people are yelling that Freedom Call is not real metal because it’s not dark and not evil. Then I’m saying, “After 20 years, we decided to write a metal album.” Now, you have it. There’s no special meaning behind it. It’s written on it what’s in it. It’s metal. It’s Freedom Call.

Speaking of touring, I know that it’s expensive and everything, but if you could what countries or cities would you like to go to that you haven’t been to yet?

I think we have the biggest audience in Europe, so Germany is a very good country for this kind of music, for power metal. Then in east Europe, you have the Czech Republic, and Slovenia, and Hungary that are very good territories. Also, Spain, Italy, and places you can tour by van, and drive by yourself. Then, of course, Japan. I think it was two years ago, or three years ago, we had been in Japan for the first time with Freedom Call. There were three sold-out shows. It’s a good reason to return to Japan. Also, we’ve played in Bangkok and Thailand. We’ve played in Mexico, Argentina, Brazil, and Columbia, and things.

I want to expand it to play everywhere. I want to play in Australia. I want to play in China because we have so much fun while traveling and playing concerts. Meet people and look into their happy eyes when we are performing on stage. That’s worth going long distances.

I heard that Japan is possibly cheaper and more affordable to get to than touring the States. Is that true in your opinion?

In Japan, I think the market has changed a lot in the last 20 years. When we started with Freedom Call, Japan was a very big market for our metal, actually for German power metal. I think bands like Helloween, or also Gamma Ray, they were big, big rock stars in Japan. It changed a little bit. I think the whole world is constantly changing.

I agree. Following your passion and desire is better than collecting a paycheck and being stuck in an office for 12 hours.

I think there are so many moments in your life, or if you are hunting the money, you’re trying to keep it, and things like this, then you’re realizing what money is. Money is just a balance to make you happy. If you want to buy a Porsche as a car, why are you doing that? You’re doing that because it makes you happy. If you were happy before, you do not need to buy a Porsche. It’s quite easy.

What bands have you been listening to lately? Anyone new that’s sparked your interest?

Honestly, I’m not listening to music as often because I’m working every day in my studio. I’m also working on other projects. When I’m finishing my work, I’m a bit too tired to continue to listen to music. I think that is the reason why I can keep this authenticity and this special trademark of Freedom Call. I’m not trying to copy other bands or other productions. When I’m writing songs, it’s only what is flowing out of me. I have no influences from other music. Maybe that could be the reason why Freedom Call sounds like it is.

It’s better to not compare yourself to others and do what you feel is right and natural. There’s more originality. Is there anything else you wanted to say or add about the album?

Our new album isn’t a concept album, and we do not have a calculation or special message with it. We aim to give people nice moments in their life while listening to our music and watching our concerts and being part of it. M.E.T.A.L is for everyone. That was our message. It doesn’t matter if you are old, young, black, white, green, blue, yellow, or whatever you are. I think if you find a common thing for all the people. Then we can communicate and talk to each other.

That was the plan to do with M.E.T.A.L for everyone. This message means that you just live your life with a positive meaning. In our music, all the lyrics and also the metal is not as serious. That is what people should learn not to take themselves so seriously and enjoy life.

Do what you can to enjoy, and not take things too seriously. That’s one thing people should learn. It is sad what’s happening these days. Things aren’t looking so well, but to have an album like M.E.T.A.L, it’s a nice escape from what’s happening.

Yeah. We’re just doing what’s coming out of us. The people are saying Freedom Call is metal. I never decided to make metal music, so it was not the plan. I just wanted to make music which is included in my passion. Accidentally maybe it was metal. I don’t want you to be a part of a category like it’s deaf metal, it’s black metal, it’s melodic speed metal, it’s happy metal, it’s power metal. We are artists. We want to feel free as a bird. We are not metal machines. We just want to breathe, and work, and feeling free. That was the reason why we became musicians. It was not the money because there’s not that much. It was not some other things. It was just to be free as a bird. If on the album it’s written metal, and some people meaning, “Hey, but Freedom Call. This is not metal.” I don’t care. It’s with a lot of love and with a lot of passion.