UK metallers Skarlett Riot have recently released their new album, Invicta, via Despotz Records. Recorded during the COVID-19 pandemic, the band powered through all obstacles and odds against them to complete their latest full-length effort. We caught up with the band and asked them to list five things they learned about recording an album during the COVID-19 pandemic.

So, we go back to March 2020, and we drive over to the recording studio in the UK, prepared with all the instruments, gear, and band members ready to record our brand new album, Invicta, which has been in the works for around two years. We were so excited to finally record the new music that we’ve been working so hard on. The evening of the first recording session, I remember turning the TV on to hear about lockdown that would take place the following day. With that, we were told we had to go home, and we couldn’t carry on recording the album. We had no idea what to do with ourselves or what was going to happen from here.

So, firstly we learned to adapt to situations, not everything always goes to plan, and life can be hard; things get in the way, pandemics get in the way, haha. Being able to make the best out of a rubbish situation was one thing we had to do. We cracked down at home, altering and finalizing the album, working on production layers which we wouldn’t have had time to concentrate on if we had gone into the studio at the right time in March. We waited until we could return to the studio, which happened to be August 2020.

Secondly, we’ve learned more about what merchandise sells to our fans. If we hadn’t gone through a pandemic, we wouldn’t have spent so much time concentrating on new merch designs and ideas to make some income while isolated. By doing this, we now know which items have been most popular and what we can do next. Usually, we wouldn’t have had so much time to think about it, so it’s been good to learn a few things about branding.

Thirdly, we’ve learned to appreciate the little things, things we take for granted on a day-to-day basis. Watching bands, meeting friends, family, socializing, playing live, all these things we’ve taken for granted that we can do day to day, and once it’s taken away from you, you soon realize how much you miss it.

Fourthly, the powerful tool of social media. Without social media through the pandemic, we would have all been even more isolated; it was one of the ways we could still connect with everyone else’s lives and experiences even though we were locked in at home. It also helped the band to feel like fans hadn’t forgotten us, sounds silly, but when you’re isolated and can’t gig, you start to feel forgotten. Everything’s quiet. Social media helped us release throwbacks, merchandise, put out the promo to advertise the album and singles/artwork, which gave us some normality through all this. Being able to put more attention into our social media presence has helped us learn a lot about promotion and the importance of connecting with people personally.

Fifthly, it made me realize how much people come together in times of need. We were all going through the same thing with the pandemic; every one of us were isolated. In a way, it made me feel more connected with people because experiences and feelings were similar. I saw many people buying bands merchandise to help support bands in times of need, people sending money to venues, helping each other out not only in music but in all sorts of communities. It was great to see people uniting rather than fighting. 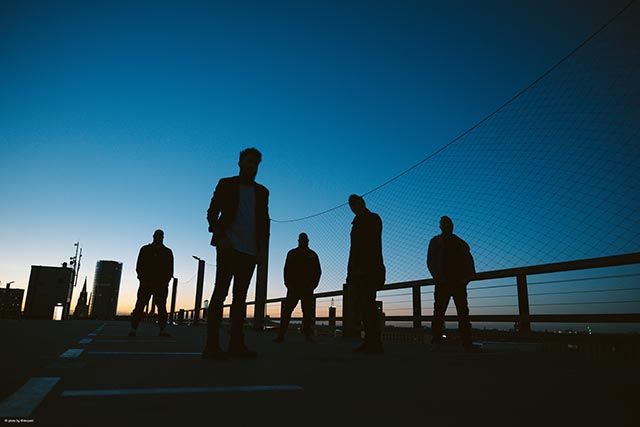