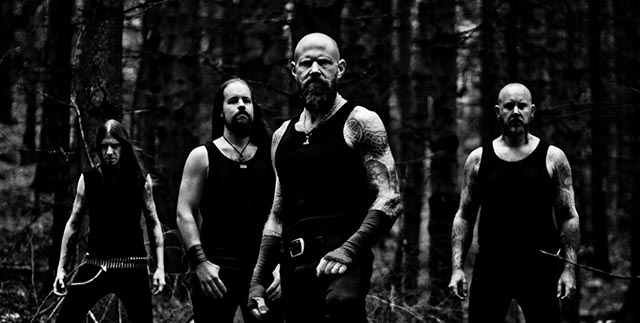 Swedish melodic death metal act King of Asgard are gearing up for their new album, Svartrviðr (English translation = Black Wood), which is scheduled to arrive tomorrow (28th) via Trollmusic (pre-order here). We asked the group to list five things they’ve learned about creating their latest effort during the COVID-19 pandemic.

Prologue – Let’s face the facts and the true face of a plague-ridden prospective existence…  we were down for a time of turmoil. Along with the rise of the pandemic we came to the conclusion it was about time to complete the works for ‘svartrviðr’ which was close to complete in composition. We wrapped it up in vigorous determination and rehearsed in a frenzy for its completion. We called Magnus ‘Devo’ Andersson to once again hold the helm in Endarker Studio.

Act I – At the time of entering the studio Covid had struck with full force and thus enabled us a more free access to the sessions and more flexibility on times to work. Both for personal and practical reasons. Some cancellations gave King of Asgard benefit and the studio stood for a long time open and free for our advantage. Devo gave us the greatest possible options to work in peace and quiet to complete the monster and let it grow and hunger for completion. Along with the sessions Devo sent samples of several ideas which worked great in terms of distance. Thus the recording of the album went smooth both at close encounters as in distance… a stroll in the woods when looking back at it and thinking how bad things could have gone.

Intermezzo – All was done, all was set. The recording, mixing and mastering. The art work, the layouts and the overall product. Chaos gnaws all over the world and nothing could be planned in credibility and no arrangements established and set. With a production full of potential waiting to be set free. Its onset – as long as the winter of three…

Act II – During these, more or less, frustrating times of awaiting something to happen we started the idea of promoting it with visual presentation. We recruited the talented Jimmy Johansson at Super Lino Puro who, at first, conducted a lyric video for the first song premiere: ‘frôðr’. This followed by the expressional visual flicker for the second coming: ‘kvikr’. And now at present time, pandemic still at rise, we just closed the project for a third one, a more performance-like video that reveals the myth-laden paths of ‘Omma’ the mountain Queen. The grey hermit that wanders about our regions – untouched by pandemics. The third and last single we present by this one, about the time of these writings, is: ‘ammobiærg’. All of the three above have very much been worked on in terms of distance. It’s been a struggle and a new collaborating way of which we learned a lot. All in all, with the outcome in our hands it was a successful one and worth the fight and sleepless hours.

Epilogue – Here we are gathered with a totally new experience of how to record and conduct an album. Awaiting the hordes to dissect it and swallow its potential. We learned a whole lot by recording and finishing up during the pandemic and the strive it rendered we believe gave ‘svartrviðr’ a greater strength and a greater final result. After all – we went through to the other side… remaining! 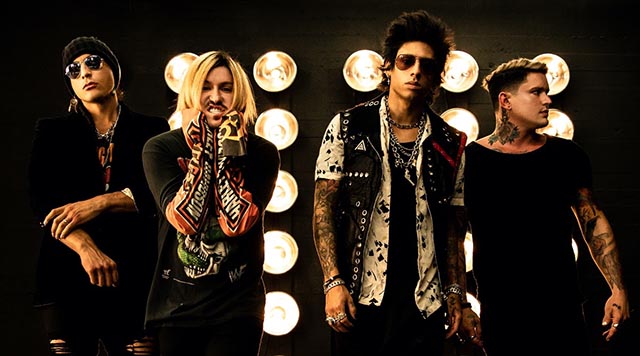