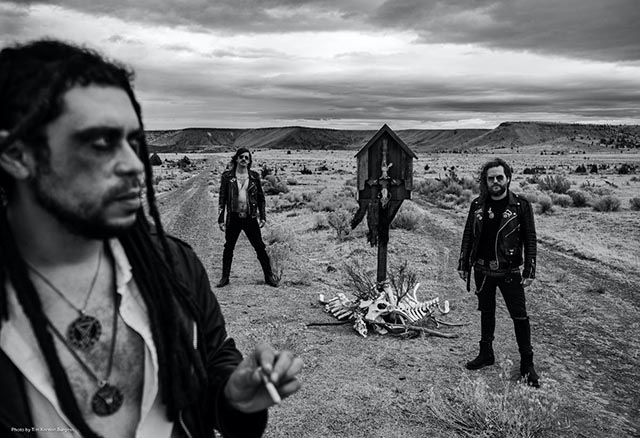 Portland, Oregon metal outfit Bewitcher are gearing up for their new album, Cursed Be Thy Kingdom, out April 16th via Century Media Records (pre-order here). We asked members Aris Hunter and Andreas Magus to list five things they learned recording an album during the COVID-19 pandemic.

Once all foreseeable tours were canned, it made it easy to focus on fleshing out the record. Being able to dive into it mentally made the songs come together cleaner, and meaner. Originally we had planned on a spring tour, and 2 summer tours, all while trying to finish writing and rehearsing the new album. This would’ve been madness!

We had planned on woodshedding the new tunes both in the jam space and on the road for several months before taking them to the studio. Mateo was finishing up demos around the end of February, beginning of March 2020. But as soon as the demos were finished, the quarantine started. A majority of the time learning the songs was done without being in the same room as each other. Almost 3 months to be exact! It was difficult, but once we finally got in the same space, the songs tightened up rather quickly.

After eight hours or more of recording, there’s nothing better than strutting down to a local watering hole and drowning the day with a few libations. Alas, safety was a top priority, so we had to stay close to the studio. Not being able to blow off a little steam after a long day was slightly detrimental to our spirits. Drinking whiskey and beers in the parking lot of the small business park where the studio was located wasn’t glamorous or particularly relaxing either, but it was the hand we were dealt. Thankfully the nights were warm and the beers were cold…

Eating, drinking, and sleeping less than 20 feet away from the control room for over two weeks made it so our minds had nowhere else to go. The only thing we could think or talk about was the record. There was no escape. In hindsight, it was worth it, but it was a little mentally taxing at the time. Covid stress and recording anxiety make strange bedfellows; needless to say there may have been a few heated exchanges…haha!

While waiting for Armand and Mateo to stir the morning of pre-production, Andreas and I decided to head to the beach to relax and stare at the ocean a little. Unfortunately, the sun had other ideas. After less than an hour of lounging, we both fried any skin that was exposed to an almost deep purple hue. Our scorched epidermises made for an extra toasty recording process. Oops. 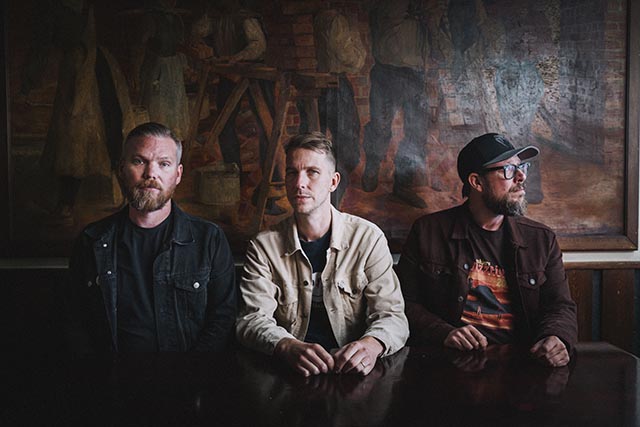 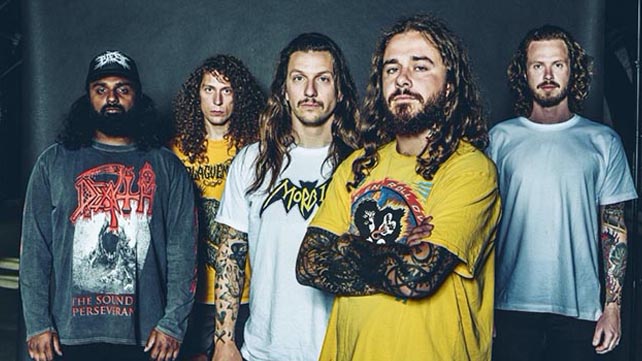