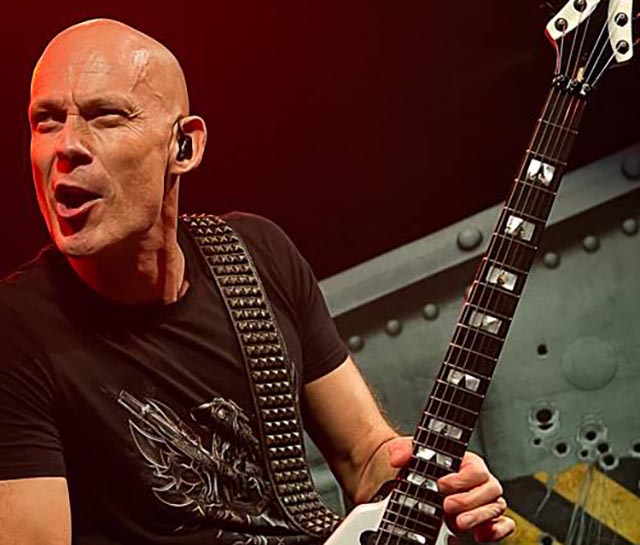 2020 will be remembered as the year when all touring went to an abrupt halt. While artists have participated in Livestreams, others focused on writing new music while patiently waiting until it’s safe to go back on the road. 2021 is already shaping up to look like a great year in terms of new music as Accept’s sixteenth studio effort, Too Mean to Die, will be released on January 29th via Nuclear Blast (pre-order here). We caught up with guitarist Wolf Hoffmann to discuss the group’s upcoming album and things he learned from this crazy year.

Has the pandemic influenced the writing process for Too Mean to Die?

The writing process? Not at all, I would say because the writing usually happens alone or with just one or two of us. Most of it happened even before the pandemic even got started. We started writing songs last fall. We started recording in January or actually selecting songs in January and where the first batch of recording was done in March. During that time, the pandemic just got started. It was okay up until then, and then when it was really in full swing and that was in the summer, that’s when we wanted to record the second half of the songs and it affected us a little bit then because our producer, Andy Sneap couldn’t come into the country and we had to work remotely with him. The rest of us were in Nashville recording away, and our producer was in the UK, listening in online, which was kind of awkward and unusual, but we made it work.

With that experience, how would you compare recording the new album compared to your prior efforts?

Of course. It’s a very strange time. A lot of artists have been recording albums virtually. The new album is very aggressive right from the get-go. It’s amazing with sixteen albums, your material remains fresh and never gets old. I was curious which songs were more challenging for you to put together for this record?

Yeah. Every album has a few songs that are harder to get together than others. I remember the very first song on the album, “Zombie Apocalypse,” went through at least 15 revisions. Really struggled with that one. We always liked certain aspects of it, but the chorus never quite came together properly. It was until maybe one of the last songs to be completed. That one, and maybe that “How Do We Sleep” song was a bit of a struggle also, but others came together really easy. “Overnight Sensation” fell in place real easily. Even “The Undertaker” or “The Best is Yet to Come,” those all didn’t go through that many revisions.

It’s funny that you mentioned “Zombie Apocalypse.” That’s my personal favorite song on the album. I think it’s a great opening track. It’s a way to get the listener into it. While concerts remain uncertain in various parts of the globe. Do you guys have any plans for a live stream or virtual tour in the winter?

No. Probably not. I don’t get excited about the idea of doing that quite honestly, because I mean, our live shows are so dependent on the audience. I mean, that’s what an Accept or a metal show in general is all about, that the audience inspires the band, the band gets inspired. The audience is just sort of this back and forth between the audience and band that I don’t see this happening online. I don’t see how it would be fun to play to a bunch of cameras when there’s nobody in the audience. How is this going to feel? Would that really help anybody, anything? I don’t think so. I mean, the audience at home watching this, would they be all inspired by this? I don’t know. Maybe, but wouldn’t it be better if they’d just watch a live DVD that was filmed in front of 50,000 festival kids or something like that? I don’t know. 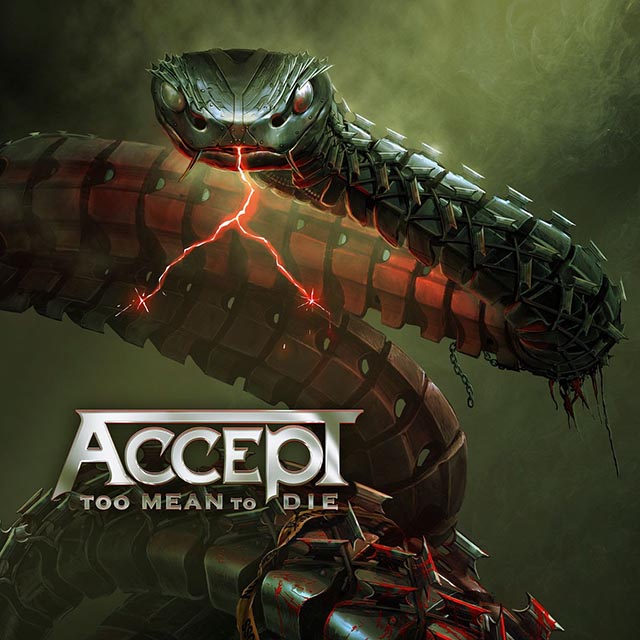 Yeah. It’s definitely tough. We all miss shows. COVID fatigue is very, very real. Now, speaking of how coping through this year, what albums have helped you get through all of this insanity?

Have you listened to any audio books or movies?

Yeah. I watch movies, of course. I watch a lot of Netflix and stuff, but really this year for me personally, apart from the non-existing tour, it hasn’t been that much different from years prior, I don’t go out much. I stay at home a lot. I work on my stuff and that’s sort of my life. I’ve always been somewhat of a recluse in that way.

So you’ve been prepared for this.

I’ve been prepared, yeah, because I spent my days at home. I don’t go to many places. I’m not a party animal, but we go on tour all the time, so that is really … That’s the main. When we come back from tour, I stay at home mostly. Like I said, the main difference this year is the non touring. We had a whole summer with a touring schedule planned with lots of summer festivals all over Europe. We had got shows in Japan that were canceled. We had our own headlining tour to coincide with the release of this album, planned for January. That’s not going to happen until ’22 now. All the touring plans get pushed back and get pushed back. That’s a damn shame, but there’s nothing we can do about it. We’ll just have to adjust. I mean, stay positive.

So are you hearing concerts may not happen until 2022?

No, we had a tour scheduled for what I just said was we had a headline tour all over Europe scheduled for ’21, the January of ’21 when the album comes out. The album comes out January 15th and coinciding with that, the tour start would have been the second week of January, but because of COVID and lockdowns and no concerts, it was all pushed back to the beginning of ’22, exactly one year later now.

What are some things you’ve learned from this pandemic?

That you can never take anything for granted. I mean, that shows you that life can change in an instant. Truly. I think we all learned that maybe things that you can take for granted that we think are so important, like we think we have to travel, we have to do all these things. All of a sudden, I think we all have some sort of a reset button in our lives and said, “Well, maybe we can do these online meetings. Don’t necessarily have to get on a plane and meet that person in person. We can also do a lot of things from home,” and it may be also a time to reflect a little bit on our hectic life schedule that we normally all have. Maybe, I don’t know, there’s probably some good things that are coming out of all this, but right now, I’d rather be on tour.

We’re definitely learning a lot and I understand the reset button very well. Is there anything you want to say or add?

Enjoy this new album. I mean, even though we can’t see our fans or anybody in person right now. We can’t go out there and shake hands. We can’t go out and perform for you guys, but in the meantime, please take this new album and enjoy it for what it is. A good dose of fresh, heavy metal from your favorite band. 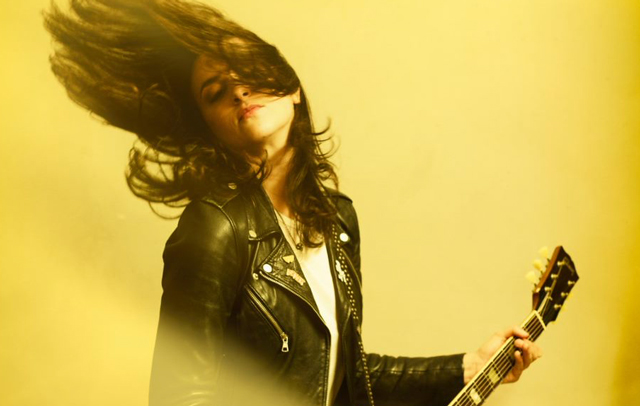