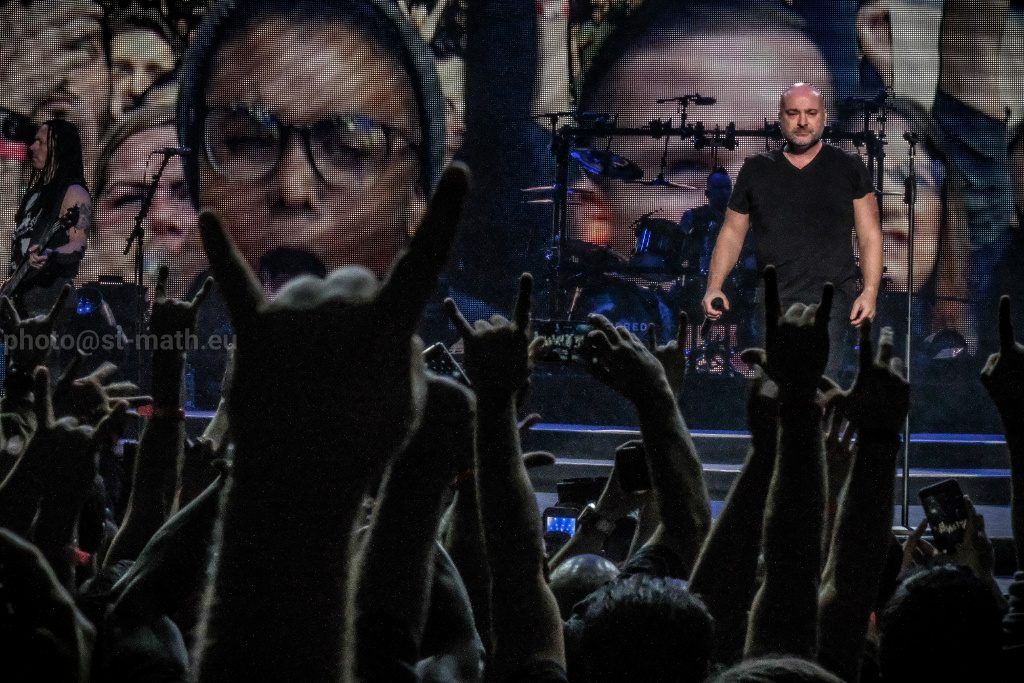 In what will be its tenth anniversary, Danny Wimmer Presents announced the official lineup for Welcome To Rockville. For some of us, nothing else matters but to see what’s in store for us this coming November.

Taking place this November 11-14, 2021 at Daytona International Speedway in Daytona Beach, Florida, not only will this event change venues and seasons, but it will also see a full fourth day added.

Originally held at Metropolitan Park just outside TIAA Field (which is home of the Jacksonville Jaguars), the park essentially outgrew its space and after heavy discussions with the city, the decision was made to move to Daytona Beach.

Usually held in May, alongside other DWP festivals like Sonic Temple, and Epicenter both of those festivals were put on hold for 2021, and Welcome To Rockville was sent packing to November. With all of the changes, DWP did not disappoint with the lineup for this year, seeing Metallica headline two separate and unique nights, with Nine Inch Nails and Disturbed closing out Thursday and Saturday respectively. Deftones, Cypress Hill, Rob Zombie, The Offspring, Staind, Lynyrd Skynyrd and Mudvayne will all act as support throughout the weekend.

Keeping much of the lineup as originally announced for last year (before the cancellation due to Covid), DWP stepped it up and added a fourth full day, to bring more than 70 bands to the masses.

The current Welcome To Rockville Lineup is as follows (subject to change):

Single Day, weekend passes and VIP are on sale now but wont last long with a lineup and destination as great as this.

For more information, to get your tickets or to just stay up to date on any changes visit the official website here. 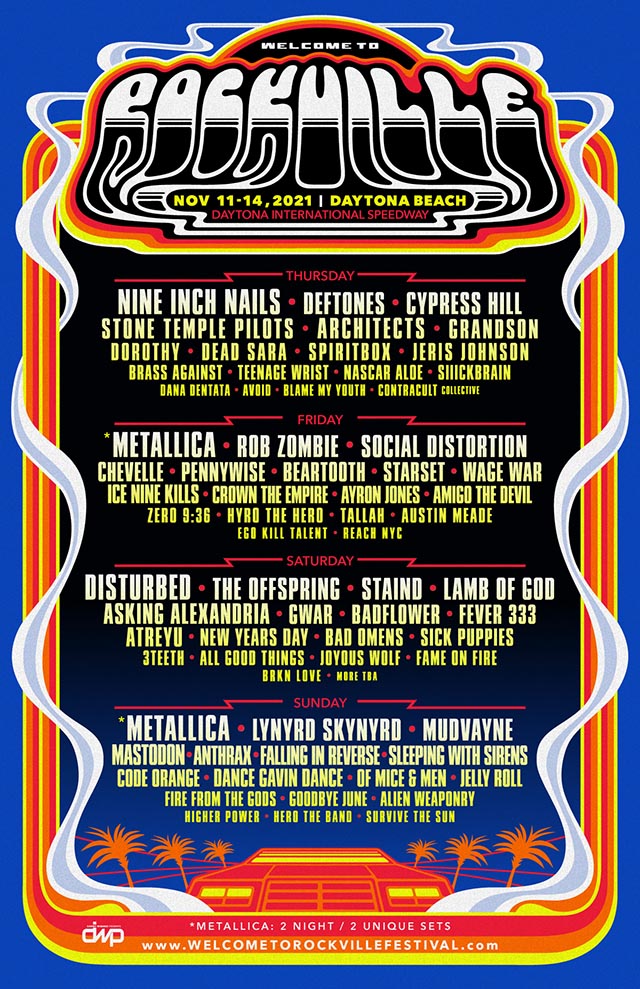 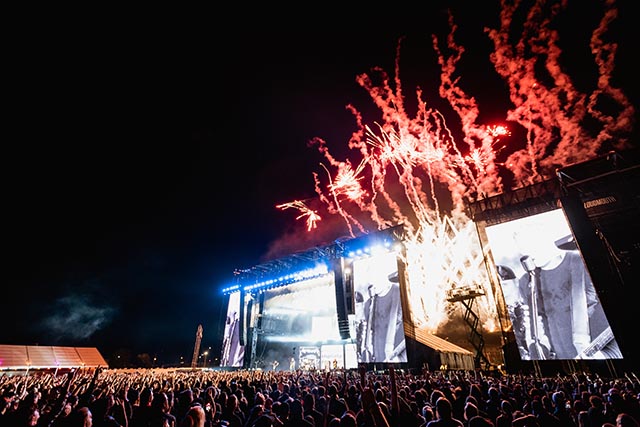