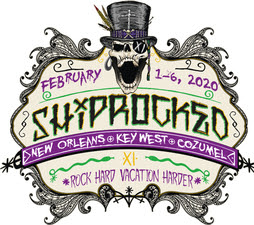 The 11th annual ShipRocked will set sail this upcoming February 1st-6th, 2020 on board the Carnival Valor, leaving from its new home, New Orleans, Louisiana. The 5-night cruise will set sail to Key West, Florida and Cozumel, Mexico with more than two dozen musical acts. New Orleans is no stranger to drunken debauchery, but they’ve never seen a family gathering like the one that is set to happen surrounding ShipRocked 2020. Taking in all the heritage and traditions of this southern town, the master minds at ASK4 Entertainment have promised to give the ship a send off like it’s never seen.

Currently SOLD OUT, a wait list is in effect to grab a stateroom in the event of a cancellation. For pricing, information and to stay up to date with announcements, theme nights, and hotel discounts head over to the official website here.

We were on-board this past January as ShipRocked sailed with headliners Papa Roach, and Bullet For My Valentine. Here are some of this year’s highlights.

In what was probably the most damaging event on board in past years, Papa Roach had just kicked in to their hit song “Who Do You Trust” when the base kicked hard, and the ceiling over the pool bar fell to the ground. The following video was taken by fellow ShipRockeer Greg Knapp, and is hilariously titled “Who Do You Trust… NOT The Ceiling”

On board as part of the Stowaways Brian “Head’ Welch of Korn literally shut the party down for the showing of his documentary Loud Krazy Love. A packed theater watched, and then had a Q & A with Brian about all aspects of his life, and the movie he produced. During the Q & A, singers from bands, including Jacoby Shaddix of Papa Roach, and Mikey Carvajal of Islander opened up in front of the audience and shared personal stories of growth and appreciation.

Wilson opened the party on the pool stage as we cast off into the ocean. Their second set was supposed to be on a beach in Mexico, but due to horrendous weather conditions (which had the boat rocking like a cradle, and most of the ship feeling sea sick) the entire sound system was destroyed. This led to something that has never happened before. The first band to play was also the LAST! Packed into the three-level atrium, Wilson took to the smallest stage aboard the Valor, and partied long into the night. Near the end of the set, the P.A. system kept blowing breakers, so lead singer Chad Nicefield stated. “If this happens one more time, we’re playing Chumbawamba” And so, as was promised, ShipRocked 2019 ended with a cover song of Tubthumping by British alternative band Chumbawamba. 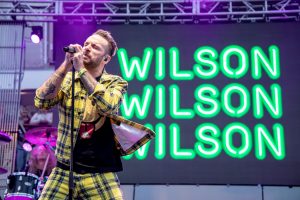 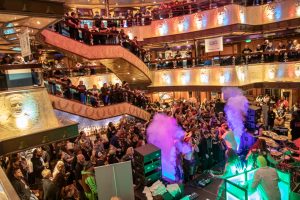 While not a HIRED entertainer, Jeff Engler is somewhat of a phenom aboard the ShipRocked cruises. He takes theme nights to the max, is an honorary member of the ASK4 team, and is an all-around great guy with a wealth of knowledge. Always willing to help a fellow ShipRocker, his antics have made him famous within the ShipRocked family, and you can’t go anywhere without running into him. 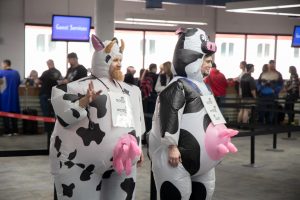 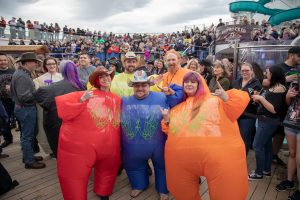 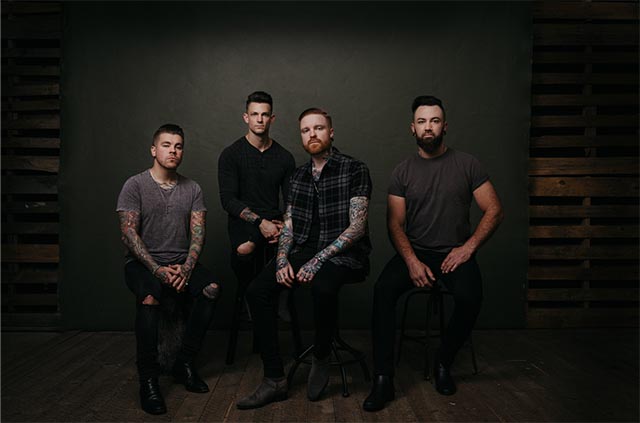