Departing out of Miami, Florida, this five-day/five-night cruise, dubbed “Band Overboard,” will embark on Royal Caribbean’s newly remodeled Mariner of the Seas, and visit two ports, stopping in Ocho Rios, Jamaica and the Private Isle of Labadee.

Accompanying the announcement was the public on-sale, with cabins starting at $1,299 per person (based on double occupancy). For more information, head to www.MonstersOfRockCruise.com 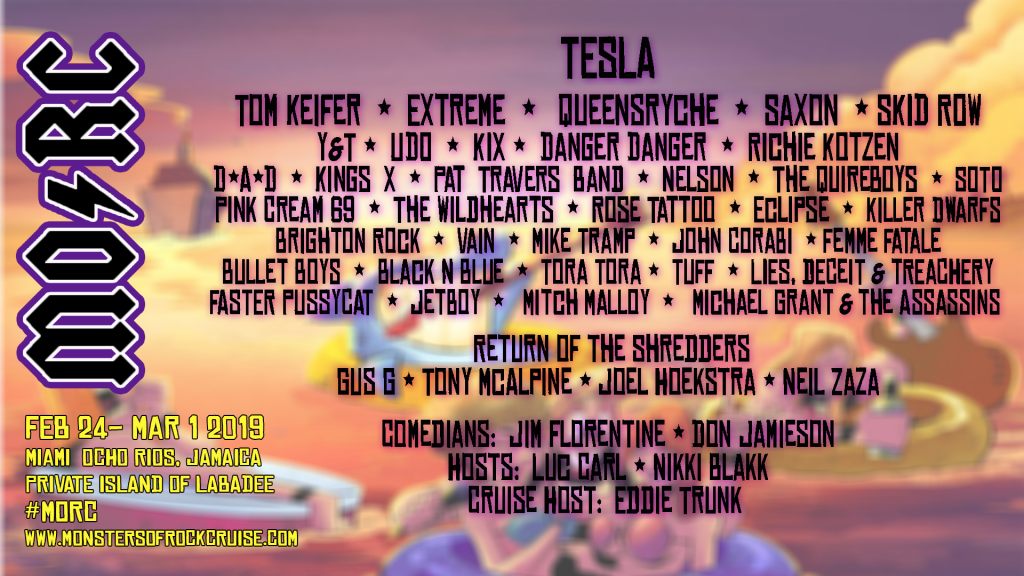