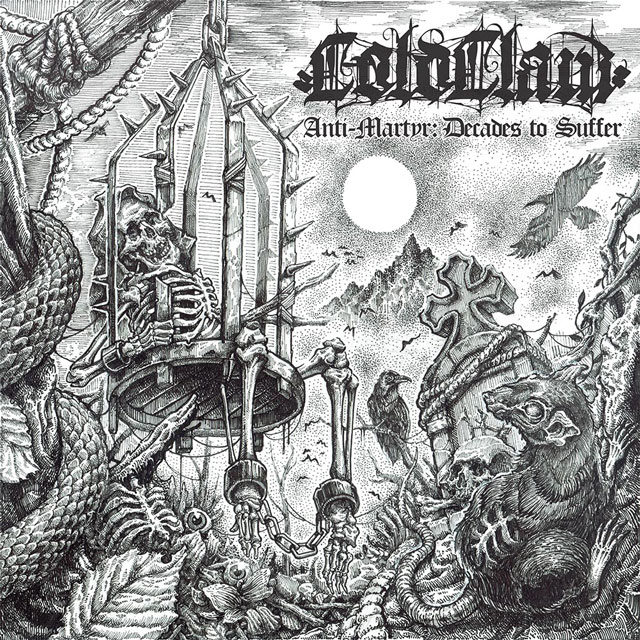 San Jose blackened crust band ColdClaw recently unleashed a video for their new song “The Deafening” in support of their new album Anti-Martyr: Decades to Suffer, which is scheduled to arrive tomorrow (27th) via Ritual Sound Records. Today (26th), the group has teamed up with us for an exclusive stream of their upcoming effort.

“Anti-Martyr: Decades To Suffer” is a culmination of thoughts from an anti-religious perspective on human suffering and lifespan.  An Anti-Martyr is one that is unable to die and thus must endure the proverbial lashings of life itself. “Decades To Suffer” refers to the amount of time left to endure such harshness, post realization.  Haunted by these concepts ColdClaw zooms in for a voyeuristic look at the effects on human beings throughout the album. Time is the only limited resource. To the Grave…..”

Listen to Anti-Martyr: Decades to Suffer in full below and pre-order the album here:

Into The Mirror (Visceral Self-Loathing)

Bring Down The Hammer

This Saturday (28th), ColdClaw will be celebrating their new album with a record release show at their hometown venue The Ritz in San Jose, CA, with support from Abstracter (Sentient Ruin) and Deathgrave (Tankcrimes) along with locals Slege and Cult Graves. For more information, check out the event page.