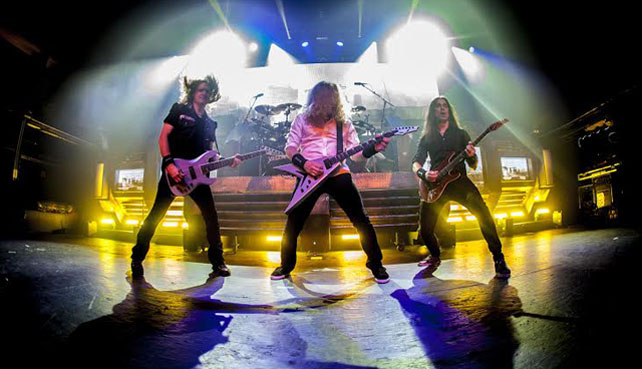 OK, while we have our personal beliefs about politics, Metal Insider is a metal blog, not a political one. If you’re looking for hard partisan political writing, go to the Drudge Report or the Huffington Post. That being said, for a variety of social, economical and other reasons, many artists and the outlets that cover them tend to lean liberal. In this day and age, it’s almost an anomaly to see musicians come out in support of the GOP. Just last week, All That Remains singer Philip Labonte was branded a right-winger for his remarks about Tom Morello and gun control even though he’s not a Republican. The Republican National Convention is occurring this week, with Kid Rock and Journey among those playing it this week. And while country music is chock full of patriotic/conservative music, for this week’s top five, we thought we’d spotlight a few of the rare musicians making heavy music that are proud conservatives.