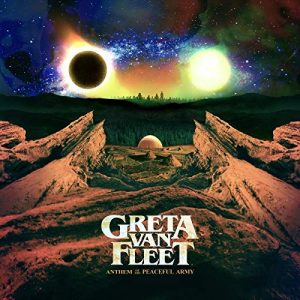 New & Noteworthy is a weekly column in which we highlight some of the newest rock and metal releases coming out each week. This week features new music from Soulfly! Be sure to check out the last week’s New & Noteworthy for what all came out last Friday. If you want to see last week’s sales numbers, you can read about those in Metal by Numbers. wasn’t going to turn that down. Another bucket list band crossed off the list! Also be sure to follow us on Spotify to get this month’s New & Noteworthy Playlist, updated every Friday.

This week is going to be a bit short. Thursday nights are usually when I do the bulk of my work for this, but I was surprised with a last minute ticket to see Metallica. That’s not exactly something you just pass up, especially when you’ve never seen them before. So that was fun, my seats were the very last row in the corner, but they put on a fun show and I crossed off another band from the bucket list. They didn’t have any patches for sale though, so I’m  a coozie (that I’m totally going to turn into a patch anyway).

Anthem of the Peaceful Army is the debut studio album from the American rock & roll group Gretta Van Fleet. They’ve released two prior EPs, and have worked up a lot of hype around themselves for being young and imbued with the soul of Led Zeppelin. The track “When the Curtain Falls” was released back in July with a music video, and just this week they released a 26 minute video of them performing “Lover, Leaver (Taker, Believer)” live. Anthem of the Peaceful Army is also vinyl. 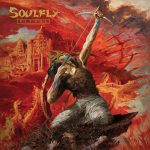 Ritual is the eleventh studio album from the American groove metal band Soulfly. The album was produced by Josh Wilber, and is the first to feature bassist Mike Leon who joined the band in 2015 right around when they released their last album, Archangel. So far they have released no music videos, but they do have visualizer videos for the title track and “Dead Behind the Eyes,” which features vocals from Randy Blythe of Lamb of God. Ritual is also available on vinyl and cassette. 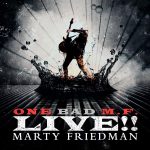 One Bad M.F. Live!! is the newest live album from the legendary guitarist Marty Friedman. He recorded the final show of his Wall of Sound tour at Mexico City’s Centro Cultural. Check out the video for “Whiteworm.” The album is also available on vinyl.