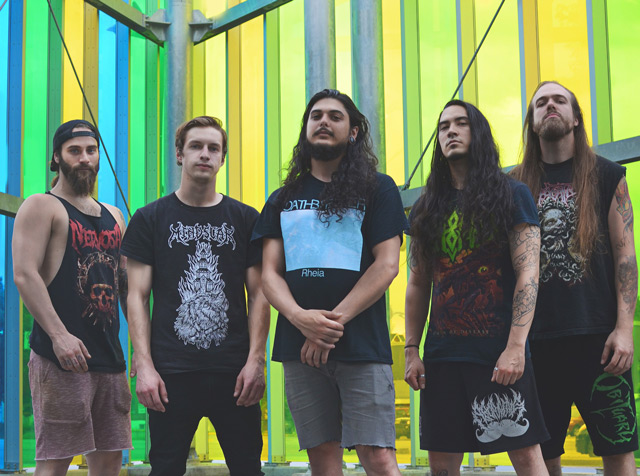 Metal Inside(r) Home Quarantine is Metal Insider’s new column during this time of isolation due to the COVID-19 pandemic. We asked artists five questions on what’s been keeping them busy ranging from their favorite movies, food they’ve been eating, music they’ve been listening to and more. We caught up with Killitorous frontman Mathieu Dhani as he’s been spending this time working.

What have you been doing to pass time during Quarantine?
I work at a skate shop in Quebec City (EXOSHOP) that does online orders so I’ve been pretty busy. Was finishing the lyrics/vocals for a new music project with some old friends that should see the light sometime soon. Except for that, I’ve been mostly at home playing tons of videogames and building raspberry pi’s into old school retro consoles for my friends stuck at home. I, for sure, have been seduced by the lettuce.

Have you been listening to any music or have any playlists worth checking out?
Let me just name drop some things.

Beneath The Massacre – Fearmonger

Blotted Science – The Animation of Entomology

Covet – Technicolor
Also if you type in my name in Spotify and check my account I have a bunch of playlists people might enjoy. From retrowave to death metal to classical music to video game OSTs .

A lot of people have been spending this time cooking including making their own bread, what food have you been prepping during this time?
I barely cook, but I learned to do my own traditional Ramen which was pretty sick, and definitely tasty.

In terms of entertainment, what movies, TV shows, books, or games have been keeping you busy?
Shit dawg, I believe I’ve been through: Bloodborne, Dark Souls 3, Sekiro, Darkest Dungeon, No Man’s Sky, Kingdom Hearts III, Final Fantasy VII Remake, Super Mario RPG, Megaman 7-8-&BASS-X-X2-X3-X4-X5, Dark Cloud 2, Golden Sun, Sunset Riders, Contra 3, Power Rangers, BattleToads & Double Dragon, TLOZ : ALTTP, shit, I could go on forever. Had a lot of time on my hands. Ghost of Tsushima and playing some Sea of Thieves with our Tour Manager is what I’m at right now.

What advice do you have for your fans in isolation during this time?
Wear a fucking mask. Don’t be a dick. Be creative. Chill out.