As you may or may not have heard by now, Queens Of The Stone Age have a number 1 album. There’s a bit more to the story than that too. According to Billboard, …Like Clockwork sold 12,000 vinyl LP’s in its first week, making it the second biggest sales week for an LP since the charts began back in January 2010. That’s pretty damn impressive to say the least, especially since the only other album to top it was Daft Punk’s latest album two weeks ago. We’ve also got sales for Megadeth and Sleeping With Sirens who had really good debuts.

Emerging triumphant at number 1 is Queens Of The Stone Age, the long-awaited follow-up to 2007’s Era Vulgaris.

The band’s third release is its highest charting album to date. And most likely the highest-ever chart position for Rise Records.

Album fourteen from Dave Mustaine and company is the first album since Cryptic Writings not to feature a line-up change between albums. Their peak of #6 is their highest-charting album since 2004’s Youthanasia.

The band’s sixth album is its first on Wind-Up.

Most metalheads probably won’t be interested in the majority of the stuff on this album, but it does feature the likes of The Black Dahlia Murder and Bring Me The Horizon.

The band that almost every one seems to attribute some influence to puts out all the singles from their career. Which is a lot.

Doom masters put out a new EP along the same lines as their previous release.

With nearly 80,000 sold in its second week, this album likely won’t be going extinct anytime soon.

This album gets a boost for the week, and is the band’s fastest-selling album yet. We expect more when their stint on Warped Tour kicks off.

Over 70,000 sold with more likely on the way once Mayhem gets started.

Over 90,000 sold in week 10. And judging from their sold-out show in New York last night, people really dig the new album.

This might get more sales when Gigantour gets started.

Another boost for this album which has sold over 410,000 total.

Black Veil Brides, Wretched and Divine: The Story of the Wild Ones (Lava/Universal Republic) #192, 1,750 sold

The devil without a cause might be going platinum, but he’s only halfway there with this album.

Sales have broken loose, too. Not bad for Thin Lizzy with a new name and without a Phil Lynott.

Knowing how sales differ between the US and Sweden, this album has probably gone gold over there by now.

This has been sludging up the charts.

This came out back in December and has now made its way back. Maybe it’s got something to do with the tour with Killswitch Engage.

This sold the same amount as last week.

420 dude! That’s actually not that many. Maybe it’s time for Anvil! The Story of The Story Of Anvil?

One wonders how this keeps making reappearances on the charts. Hint: touring.

There are many claims as to what ASG stands for, though we kinda like “amplification of self gratification”.

Alaka-dead body. Eh, doesn’t quite have the same ring to it.

Sales are getting hammered.

Doom metal forefathers would be proud.

This came out back in February and has likely come back thanks to the touring the band has been doing. 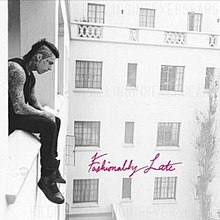