It’s interesting to look back on how far Trivium has come, at least for me. I started listening to them back in high school right around the time when The Crusade came out (a.k.a. when they were labeled as Metallica wannabes). It’s important to look back on bands that were part of your musical evolution during high school, mostly because that’s probably one of the few things people remember with fondness from that time in their lives. Unless you’re Matt Heafy and you instead fondly remember touring Europe during senior year. Not a bad way to go out. Also check out sales for a certain Grammy winning band that just keeps popping up everywhere as well as some classic thrashers.

With album number six, Trivium get their second highest charting album yet behind 2011’s In Waves.

The band doesn’t stay off the charts for long with this new covers EP.

The band has its best debut in a while as it cracks the top 100.

This band is fronted by former Of Mice & Men singer Shayley “Dayshell” Bourget.

The ninth album from these stoner rockers makes its debut.

The Chicago post-metallers are back with album number five.

This is the experimental hardcore band’s debut and features Spencer Sotelo (Periphery) as a guest on the track “Omega”.

If you ever wanted a compilation of the band’s material…well, here you go.

The band doesn’t drop too far in its second week on the charts, and has already sold 60,000.

After getting a few copies out before its street date last week, this makes an actual solid debut on the charts.

Five Finger Death Punch, The Wrong Side of Heaven and the Righteous Side of Hell Vol. 1 (Prospect Park) #69, 5,575 sold

This takes a second week drop of 67%. Hard to say how it would’ve done if Weiland was still in the band.

These guys are about to start a European trek.

Remember when Jared Leto played that guy who got axed in the head by Christian Bale in American Psycho?

A tour edition of this album will be out November 5th with a DVD of live footage.

This is currently trailing on the charts, but not bad for a reissued album.

Fates Warning, Darkness In a Different Light (Inside Out) 940 sold

This gets another boost of 13% this week. Things are starting to pick up for the band. Doesn’t hurt that they’re on tour with FFDP.

This gets bumped back up in sales thanks to the band’s current tour with Attila.

The band is currently touring with This Or The Apocalypse.

This makes  a return to the charts as well. Thank Danzig for that, perhaps.

The band names sounds like the next pseudo-anime kids show on Cartoon Network.

This sells nearly the same as last week.

This came out back in August, but it looks like the band has been making some new fans on its most recent tour.

Throw The Fight, What Doesn’t Kill Us (Bullet Tooth) 310 sold 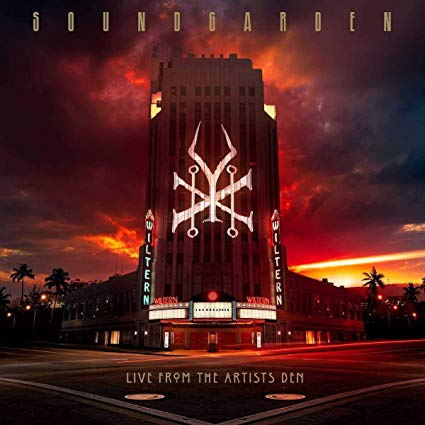