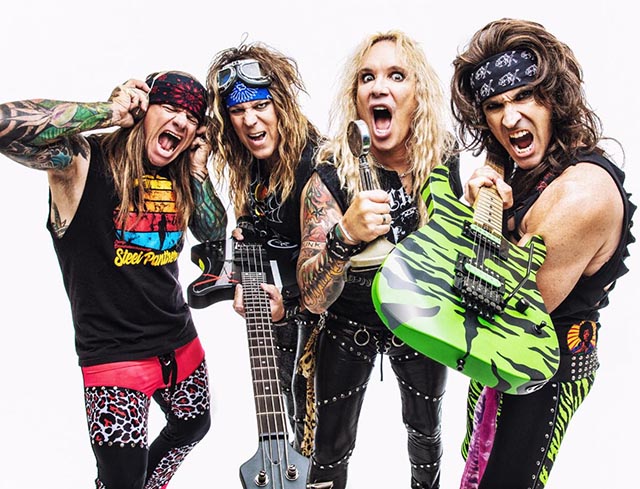 Phil Demmel (ex-Machine Head) surprised Steel Panther fans this past Thursday (5th) by joining the group onstage for one hysterical parody treat at the Fillmore in San Francisco, CA. Demmel joined the group for the live performance of “Asian Hooker,” which the track is taken from the group’s 2009 debut album, Feel the Steel.

Steel Panther are gearing up for their new album, On The Prowl, scheduled to arrive on February 24th. To celebrate their upcoming record, the group will embark on a world tour from February 24th through May 28th.