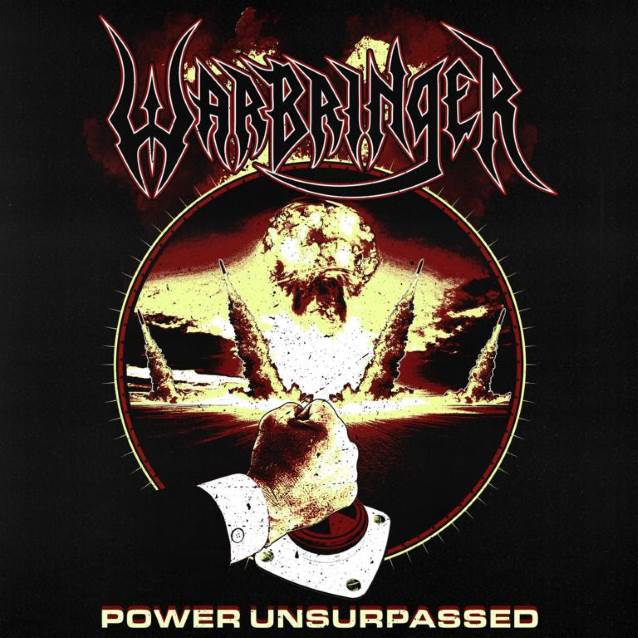 Warbringer has released the new song “Power Unsurpassed.” The single will be made available as a limited seven-inch vinyl on August 24th, limited to 300 copies.

“We are putting out a single, ‘Power Unsurpassed’, so we have some new material for you all this summer, as we gear up to write and record our sixth record. It’s designed as a total neck-breaker, with hammering riffs and a shredding solo. It is about people who want to take orders from no one, and to make their will reality — at any price.

We’ll be playing this when we return to Europe this month, at festivals and alongside Sepultura. It has been a good year since we invaded European shores, and as always we look forward to delivering completely savage live thrash metal to all in attendance. We will play a mix of material from ‘Woe To The Vanquished’, the previous four albums, as well as the new single ‘Power Unsurpassed’, which we expect will completely crush in the pit. There’s a mixture of club dates and festival appearances, but as fans know, Warbringer will bring total aggression to any stage, anytime, anywhere. Europe — you’re next!”

Check out the lyric video below: