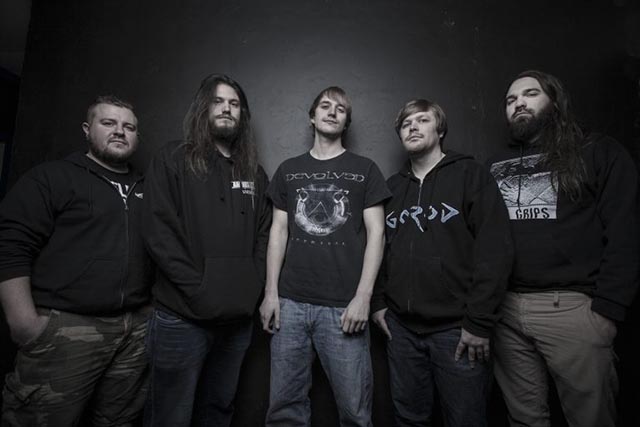 Green Bay, Wisconsin technical death metal act Aronious are gearing up for their new album, Irkalla, which is scheduled to arrive on August 12th via The Artisan Era. Today (25th), the group has teamed up with Metal Insider to share a visualizer for their explosive third single, “Nincubura.”

“’Nincubura’ recounts the part of this tale in which Inanna’s faithful companion embarks on her own voyage to plead with several gods for their aid in retrieving Inanna from the underworld, hence saving her from her infernal fate. Just as Nincubura’s quest itself, this song weaves through a labyrinth of dizzying, uncompromising passages that will leave you feeling utterly annihilated. Enjoy!”