UK based Tronos have released a lyric video for their single “Premonition.” The song comes from the band’s new album Celestial Mechanics, which will be released on April 12th via Century Media Records (read our review here). The track itself features Dennis “Snake” Belanger of Voivod on guest vocals as well as Billy Gould of Faith No More on bass.

Shane Embury (who you may know from Napalm Death) had the following to say in regards to the track:

“I wrote the words to ‘Premonition’ on tour one year on a day-off in Portugal. I think it might have been on one of my birthdays away from home. I mean, when I am ever at home?

The words are reflections on the life I have led – how any of our lives, I suppose, start small and how at times it feels dark and scary, but at times there’s the happiness of achievement. Life feels continuously insecure sometimes, but I know that when I feel my strongest when I gaze at the life I have in part helped to create in my children. I have no regrets and as life speeds faster onwards, I am prepared to leave one day knowing I have achieved more than was ever expected of me.

To add, also having the chance to have Snake from Voivod singing on this track with me and Billy playing bass was an honour and I couldn’t have thought of any other people more perfect for this track. It captures the emotion of a journey onwards and towards a higher plane of existence and has a special meaning for me.”

Check our the video below! 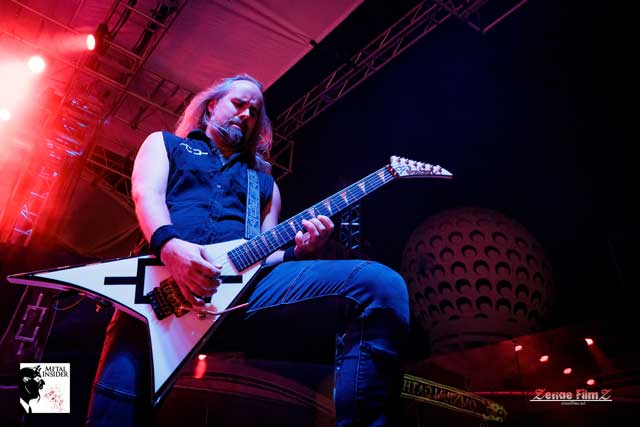