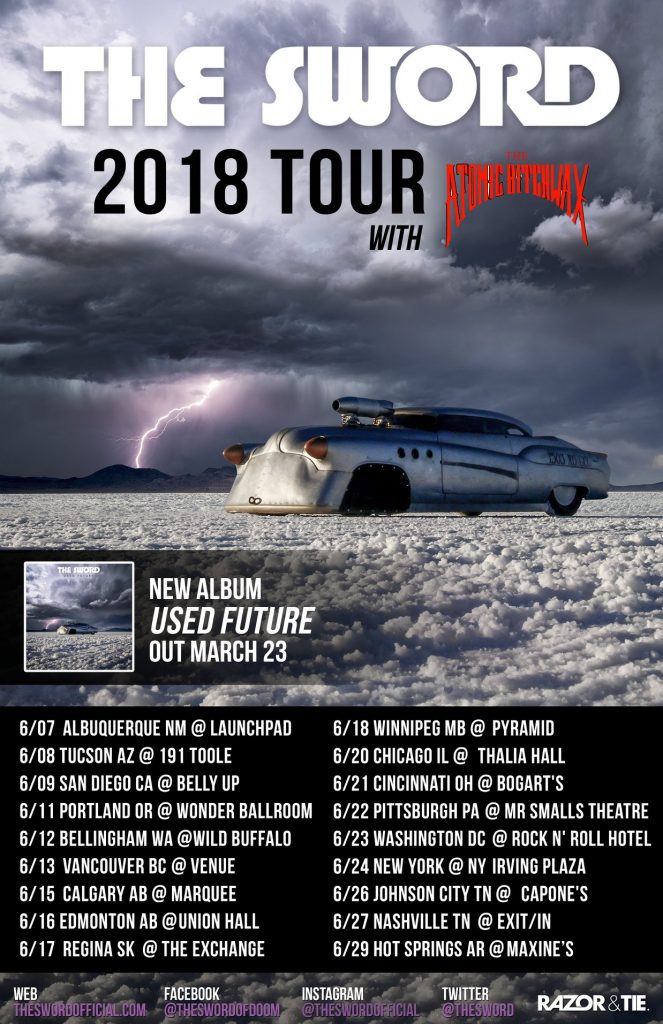 The Sword kicked off their extensive North American tour this past Wednesday (21st) in Austin Texas. The trek is to celebrate their latest effort, Used Future, which arrived today (23rd). To officially celebrate the album’s arrival, these warlock rockers have unleashed a video-game-esque music video for the title track. The clip was created by Austin-based video game producers Rooster Teeth, and you can watch the clip below:

For those who missed it, check out The Sword’s entire live set from Wednesday’s (21st) performance: