Suspect208, the new band featuring the progeny of members of Stone Temple Pilots, Metallica and Guns N’ Roses, has released a video for their second single, “All Black.”

Directed by Sage Flores of Sunburst Films, the clip finds the band playing the catchy, melodic punk jam live at legendary venue The Viper Room, interspersed with footage of them driving around Los Angeles.

Said Tsangaris about “Long Awaited” in an interview with Australia’s Wall Of Sound back in November, “This song shows a couple sides of our sound all in one! Punk, alternative, and hard rock coming together to make something new and fresh.”

Suspect208 has more up their sleeves for the coming year. Said Trujillo to Wall Of Sound, “We have an EP releasing relatively soon, After that our plan is to continue on writing new material until we have a solid selection of songs.” Tsangaris added, “We have more music coming soon, don’t you worry about that!”

The video for “All Black” can be seen below: 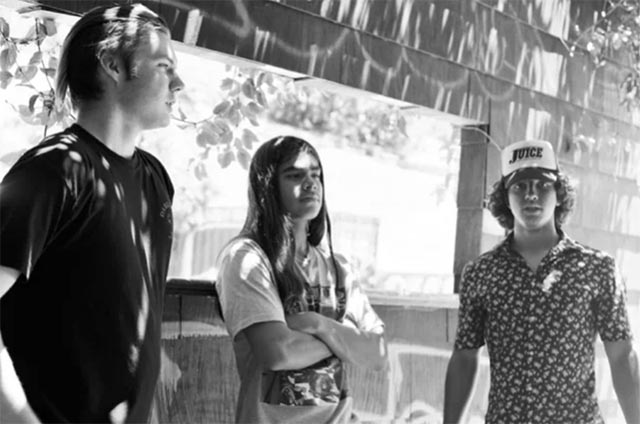