Sirenia have announced their overall tenth studio effort, Riddles, Ruins & Revelations, will be released on February 12, 2021 via Napalm Records. For the first time, the follow-up to 2018’s Arcane Astral Aeons was entirely produced, mixed and mastered by mastermind Morten Veland. To celebrate the album’s announcement, these Norwegian symphonic metallers have unveiled a video for the first single “Addiction No.1.”

“This is our first single taken from the upcoming album. Musically I feel that this song really shows a modernised and new side of SIRENIA. I find the song very catchy, but heavy at the same time. Furthermore we have given the electronic elements a bigger role in this song. We hope you’ll enjoy it!”

“Riddles, Ruins & Revelations is SIRENIA’s tenth studio album. The album is very diverse, as a SIRENIA album should be. There’s a lot of material that shows the band from a new side, and there is lots of material that is to be expected from the band musically. All in all the album will take the listeners through a journey that will cover both familiar and unexplored musical landscapes. We hope that you will enjoy the journey.”

02) Towards An Early Grave

07) Beneath The Midnight Sun 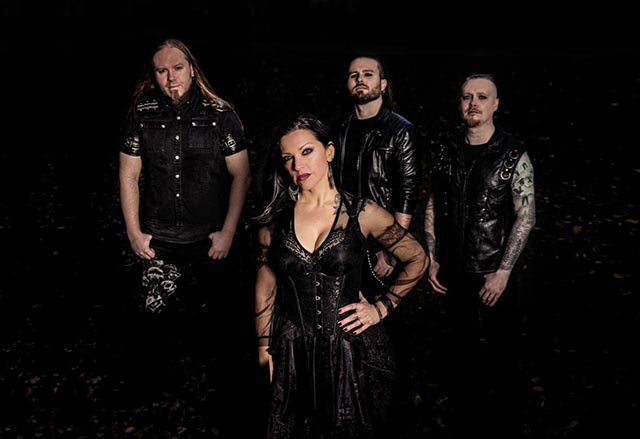