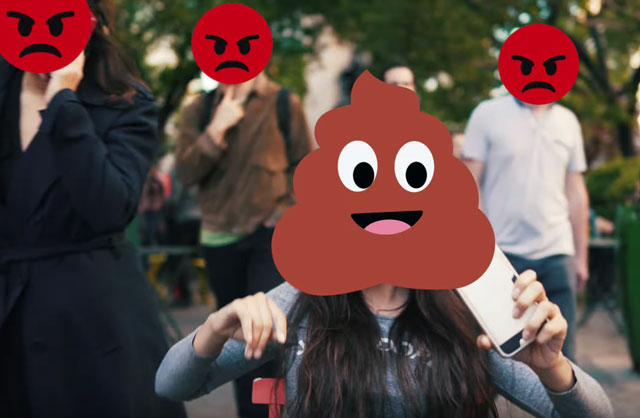 New York hardcore giants Sick of It All are sick of all the false images being portrayed for the sake of social media gain. Therefore, the group have unleashed a video for the track “Self Important Shithead.” The song is taken from the band’s latest effort, Wake the Sleeping Dragon!, which was released last year via Century Media.

“If you’re a shameless narcissist, watch out! Our new video release deals with just that type. ‘Self Important Shithead’ is a parody of what we’ve become as we portray a false image to the world with our smartphones, and is shot guerrilla style in real New York City settings while pissing off real New Yorkers. It’s a 57-second blast of hardcore punk fury directed by The Jerry Farley and we’re blasting all shitheads who forsake social cues for social media!”

Tags: Sick Of It All