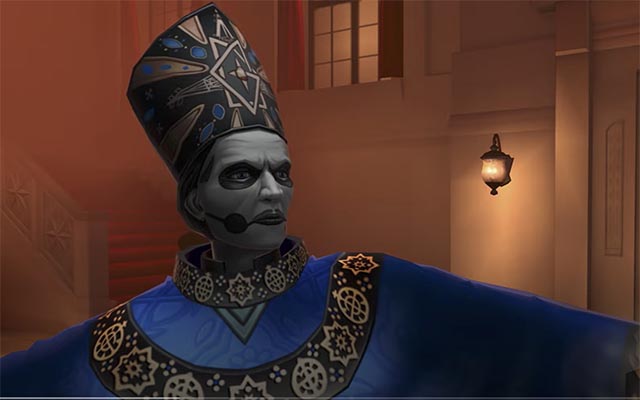 Yesterday (13th), marked the day that Ghost’s Papa Emeritus became a part of Iron Maiden’s Legacy Of The Beast Video Game. The frontman character appears in the event called “Mascarade Diabolique” which will run until November 12th at 04:00pm PDT.

Here is the press release for the event,

“The game’s Mascarade Diabolique event is an ode to both bands’ lore taking its broad themes from the cover of Iron Maiden’s 2003 album “Dance of Death” and the video for Ghost’s 2018 song, ‘Dance Macabre,’. In this new storyline, Eddie and Papa Emeritus IV are both invited to a mysterious party in Transylvania (taken from the intro to A Dance Macabre & also surely a nod to the first Maiden instrumental track of the same name on their debut album!)

They soon discover that things are getting out of hand, even faster than usual, as a sinister force has mastered the power to mimic the un-bindable will of the sentient powers of free will and individuality, in an effort to bind them to its control. Together they must fight through the hordes of mind-controlled revelers to confront the corrupted mimic, Cardinal Immortus, an evil clone of Papa Emeritus.”

“I’m happy to see that my creature is being led into [Maiden’s] world. That is a cool thing, both very humbling and flattering.”

Other, in game, collabs include Amon Amarth and Lacuna Coil. You can download the game at IronMaidenlegacy.com.