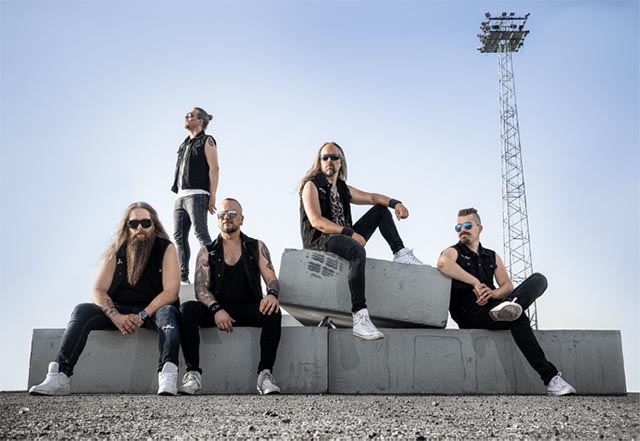 Omnium Gatherum are gearing up for their new album, Origin, out November 5th via Century Media Records. Today (14th), these Finnish melodic death metal giants have unveiled a video featuring aerial footage from Jani Vihavainen for their third single, “Fortitude.”

”’Fortitude’ was filmed at Munapirtti, an island in the Southeast Finland, near Kotka. This cabin is the sacred sanctuary, our secret lair in the woods, where we have rehearsed many many bandcamps before entering the studios to record new albums since ‘New World Shadows’. Isolated from the world.”