Are you tired of your guitar tone sounding too, well, manly? Korg have stepped up and have released a pedal called the Miku Stomp that makes your guitar sound like a 16 year old singing Japanese girl. The pedal is inspired by Hatsune Miku, a “16 year-old” digital pop star that performs via digital projection, much like Tupac Shakur did at Coachella a few years ago. While the pedal was (obviously) initially only available in Japan, it’s now available in other countries, like the U.K., where this hysterical playthrough video came from. And while the pedal has been kicking around since last year, a Reddit thread gave it some newfound internet buzz. You can even make Nyan Cat sounds on it. While we can imagine some people like Devin Townsend or someone picking one up for some fun. And we’re sure Rivers Cuomo has picked one up as well.

But lets be honest, our favorite Japanese guitarist isn’t a girl, it’s this guy, playing along to a crying politician. 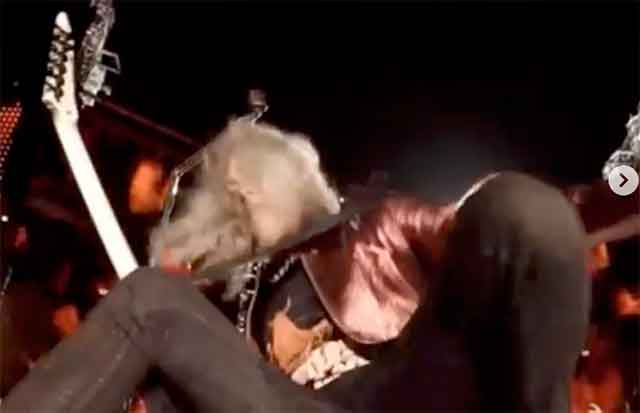