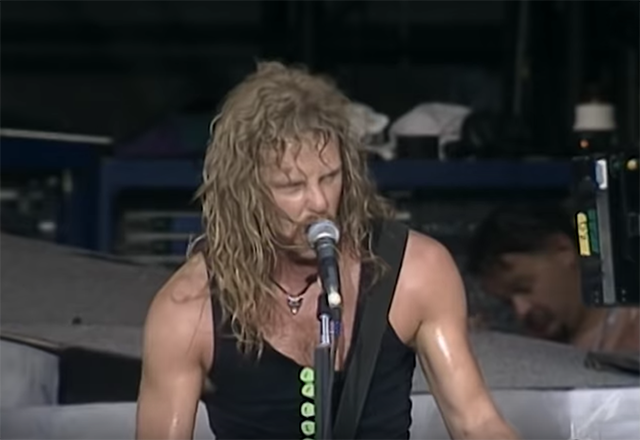 Metallica’s celebration for 30 years of …And Justice For All continues with a live version of “The Shortest Straw.” The clip is taken from the band’s first gig on the Guns N’ Metallica tour on July 17th, 1992 at RFK Stadium in Washington, D.C. The remastered version of their fourth studio effort will be released on November 2nd and pre-orders are available at this location. It looks as though each video highlights a different year as the group has already shared performances from 1988, 1989, and 1991.