Download Festival promoter, Andy Copping was the latest guest on The Jasta Show. The two spoke about Linkin Park frontman Chester Bennington’s death, which led to Copping revealing that the group were originally scheduled to play at next year’s Download Festival. He stated that they were in the process to finalize the deal shortly before the singer took his own life.

“Nobody knows this, Linkin Park was supposed to be playing Download in 2018…I’m giving you an exclusive there. I started talking with their agent about Linkin Park playing Download for next year and we arranged to speak. I was literally getting a plane to come out to New York and I said look…I’ll land at such and such time, I think I’ll get through immigration at this, if you call me about, I can’t remember the time, I want to say it was 5:30 UK time and I said I’ll be able to speak then. So, I literally just talked to him right before the flight and then when I landed, I was going through immigration and it was taking a little longer, he called me, I couldn’t take the call. I then think, ‘Okay, I’ll get back to the hotel and I’ll ring him.’ When I came back to the hotel, I turn on the computer and the news had just broken that Chester had passed away. They didn’t know what it was then, they suspected it was suicide.

I rang him and said I…I couldn’t get the words out and he said, ‘When I rang you an hour ago, I had no idea. I was ringing for us to get the deal all done for Download’ and he said, ‘At the minute I can’t speak because I can’t get a hold of the manager, there’s two band members that don’t even know.’ It was that fresh. I remember, it was literally where I am today in the same hotel and I just remember going cold and it didn’t matter about Download then. It mattered about a guy who obviously had some serious issues that none of us really knew about and [he was] so young and decided to take his own life. It’s hard to talk about it now without getting upset about it but to think that that band were…we were going to have them headline it-Download this coming year and everything taken away like that was horrendous.”

Copping also reminisced about Linkin Park playing Hybrid Theory at Download Festival back in 2014, and how he had to convince the band to play the gig. There’s a lot of great content in the rest of the episode. 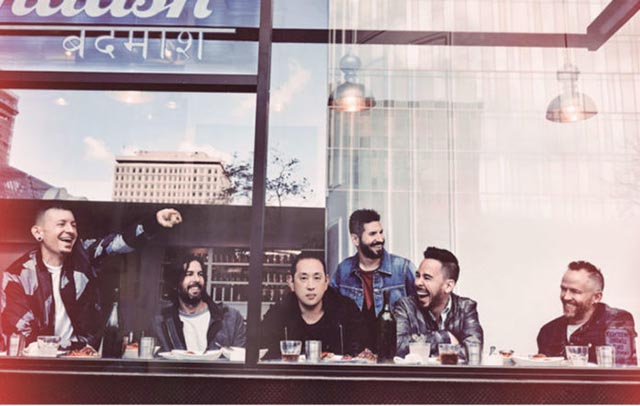